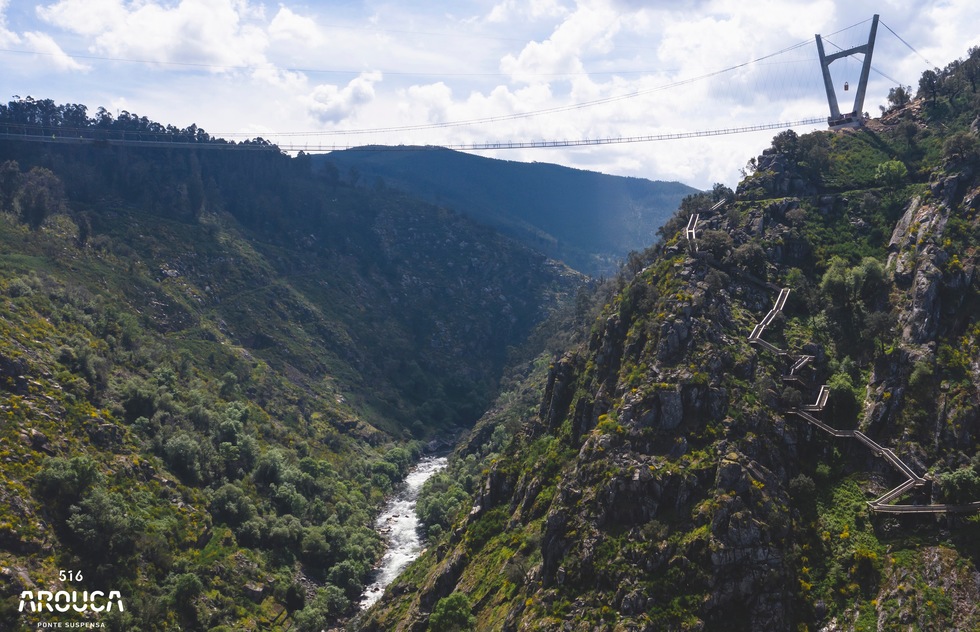 The World’s Longest Suspension Bridge Has a See-Through Walkway

The world's longest pedestrian suspension bridge will soon be getting visitors' spines tingling, hearts pounding, and regrets overflowing above a gorge in Portugal.

Held up by steel cables between two enormous V-shaped towers, the dangling walkway stretches 516 meters (1,693 ft.) at a height of 175 meters (574 ft.) above the Paiva River.

Did we mention that those who cross the bridge walk on a see-through grid of metal mesh? And that walking the length takes at least 5 minutes? (And that's if you hurry.)

The bridge is called 516 Arouca, after its length and location in the town of Arouca, about an hour's drive southeast of Porto. The gorge that the footbridge spans is part of Arouca Geopark, a popular spot for hiking, rafting, canyoneering, and, soon, acrophobia exposure therapy.

Other notable features at the park include the Paiva Walkways system of wooden paths and the Aguieiras Waterfall, of which the bridge will supply prime views if you can bear to look over the edge. 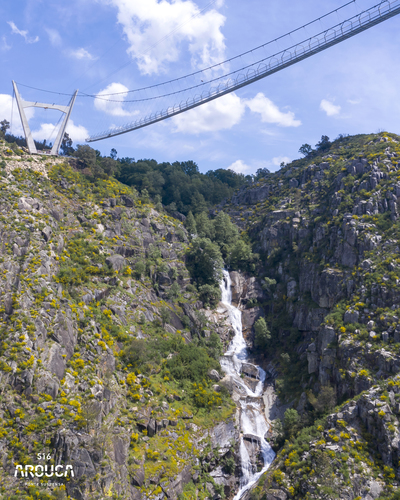 According to Arouca municipal officials, the bridge will open by the end of October, but a specific date and admission prices haven't been announced yet. That's okay—citizens of many countries, including the United States, are barred from entering Portugal right now anyway.

As daunting as the 516 Arouca bridge looks, at least its see-through walkway is a metal grid. Even scarier glass-bottom bridges were all the rage in China a few years ago, until cracked panels, falls, and other accidents raised significant safety concerns.