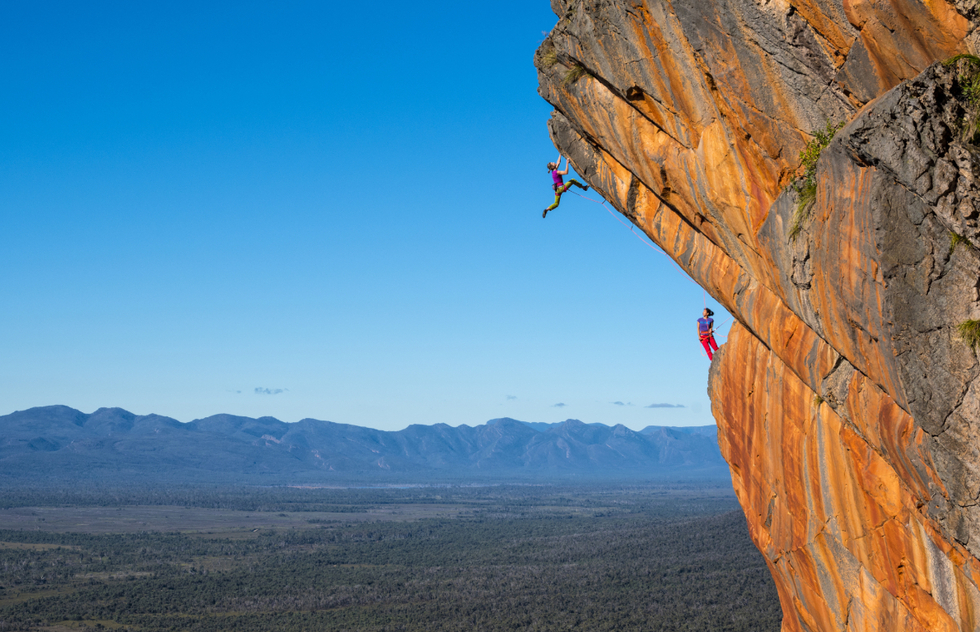 "The Man Who Sold the World" by Simon Carter, winner of the Festival International du Film Alpin Des Diablerets prize in the 2021 CVCEPhoto Contest

The majesty, adventure, and heart-pounding, knuckle-whitening dangers of mountain climbing have been captured in all their dizzying glory by the winners of an annual photography contest. The images showcase daredevils summiting some of nature's pointiest places around the globe.

Organized by the Club Vasco de Camping Elkartea, a mountaineering organization based in San Sebastián, Spain, the CVCEPhoto competition is now in its seventh year. The 2021 edition of the international contest received nearly 1,000 submissions from 58 countries, including the United States, Australia, and many places in Eastern and Western Europe.

The winning shot, titled "The X," was snapped by Poland's Marcin Ciepielewski, who photographed from below a climber caught amid a striking convergence of straight lines created by light and geological formations inside a natural chimney in Adršpach, Czech Republic. 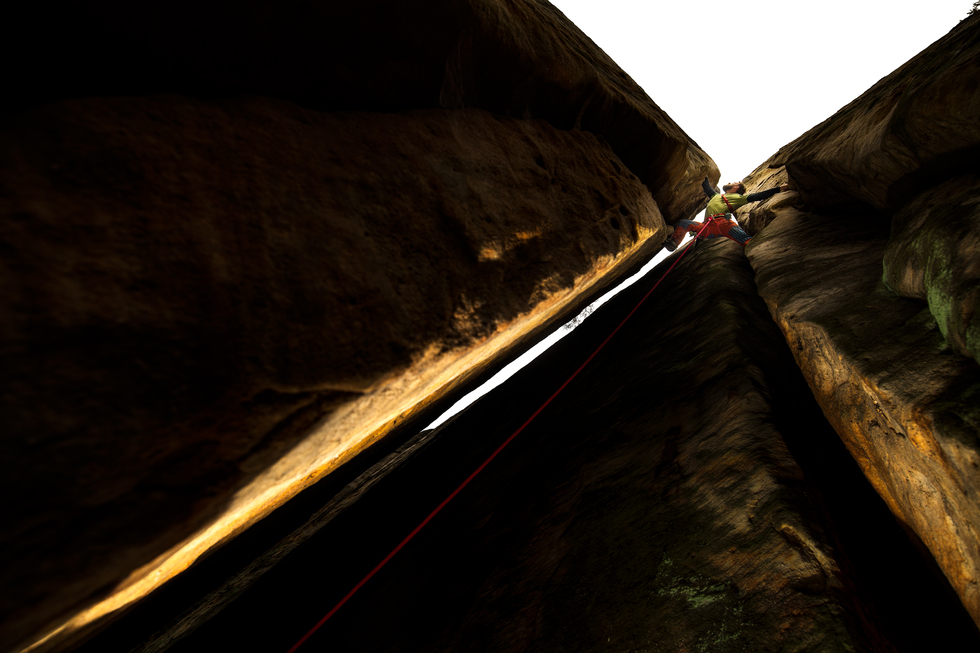 Second place went to France's Alex Buisse for an arresting composition of an ice climber working his way out of a deep crevasse inside the Mer de Glace glacier in the French Alps. 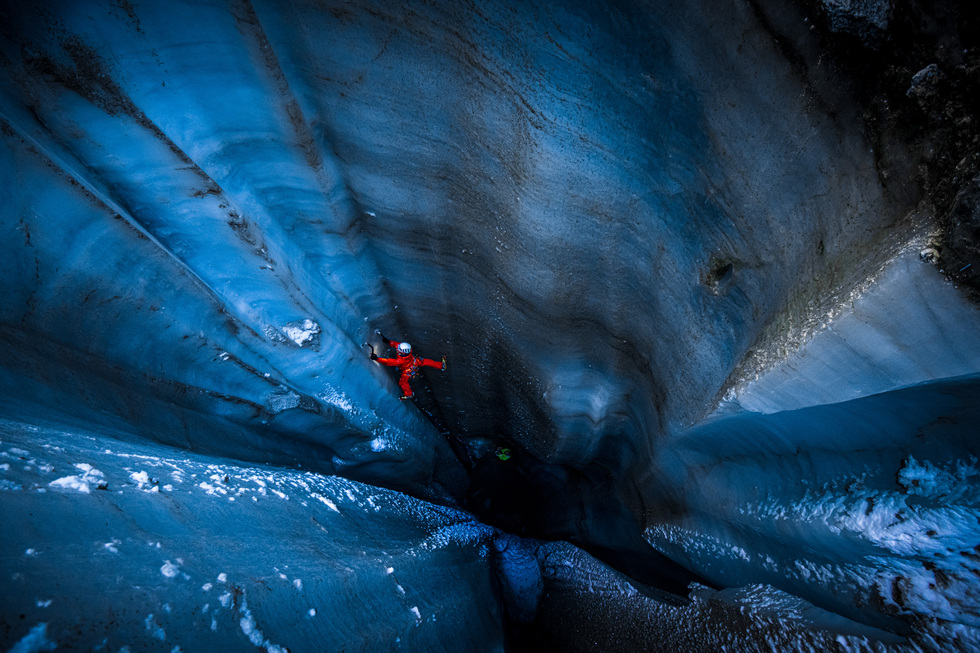 To take the bronze medal, Alessandro Cantarelli got a spooky, end-of-the-world view of the three peaks known as Tre Cime di Lavaredo in the Dolomites range of Italy's northeast. 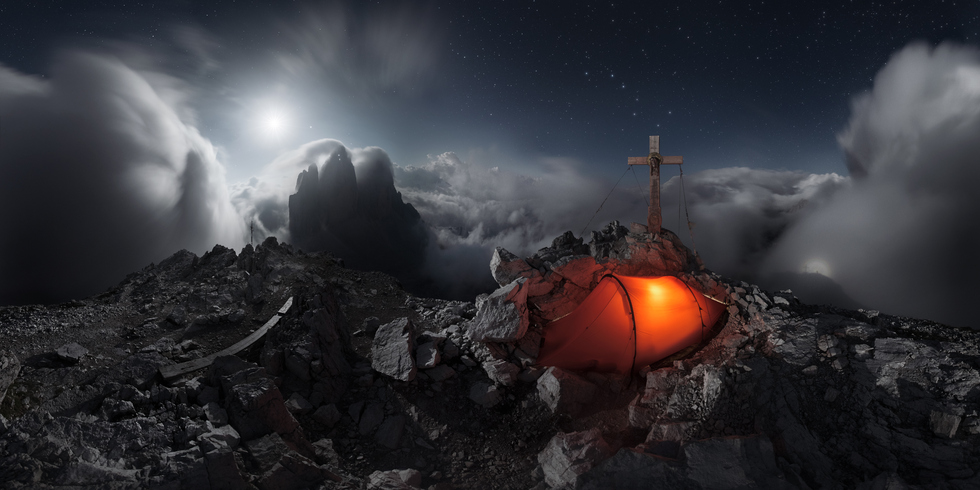 CVCEPhoto also named 15 honorable mentions. Among those was Californian Christian Pondella, singled out for a pic of an ice climber dangling from a frozen abandoned mine shaft more than 600 feet underground in Dannemora, Sweden. 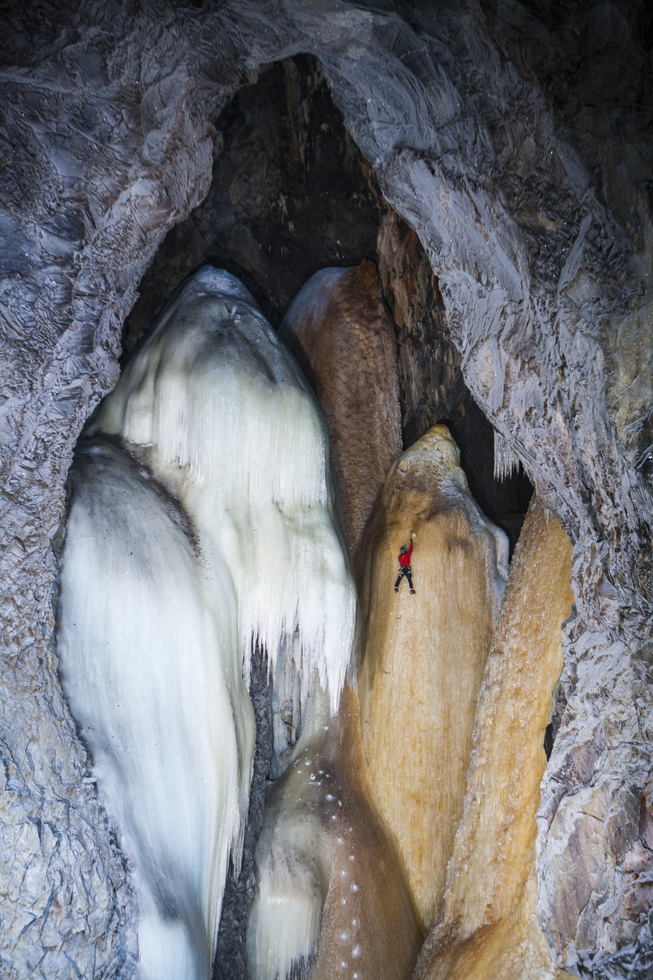 But if you're looking for an image to evoke pure, vicarious terror, we recommend "Maelstrom," Australian Lachlan Gardiner's head-spinning shot of climbers scaling the towering cliffs of Bruny Island near Tasmania.

Above a churning sea, two tiny figures cling to the rock face by a crack that appears to be about as wide as what you'd find on a sidewalk. 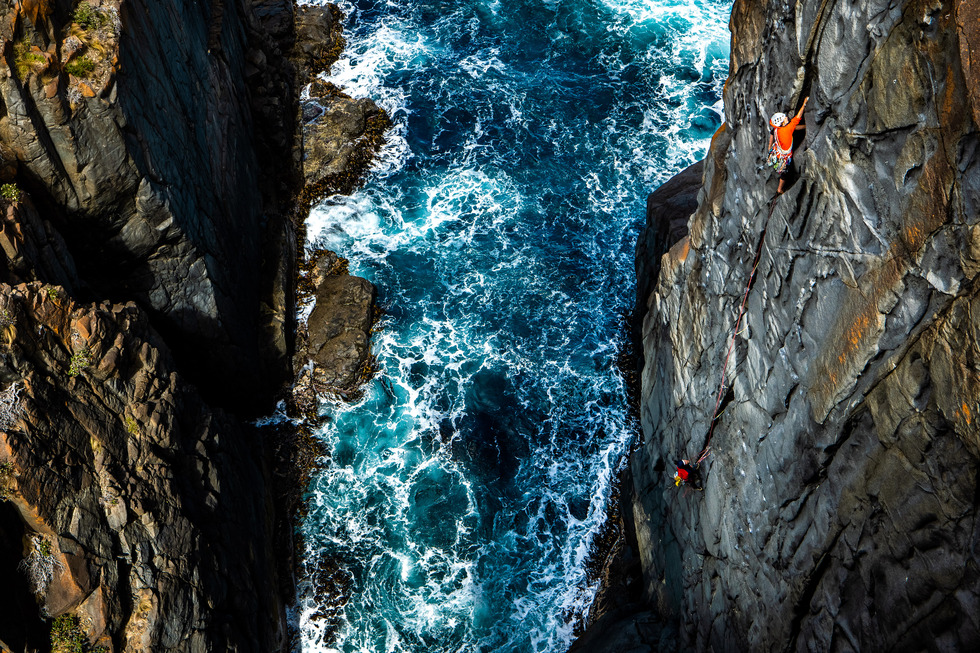 And to add fear of confined spaces to your fear of heights, there's "Eclosión" by Spanish photographer Javier Urbón. It shows a mountaineer wedged into a narrow break in a huge, rounded boulder at Sierra de Guadarrama National Park in central Spain. 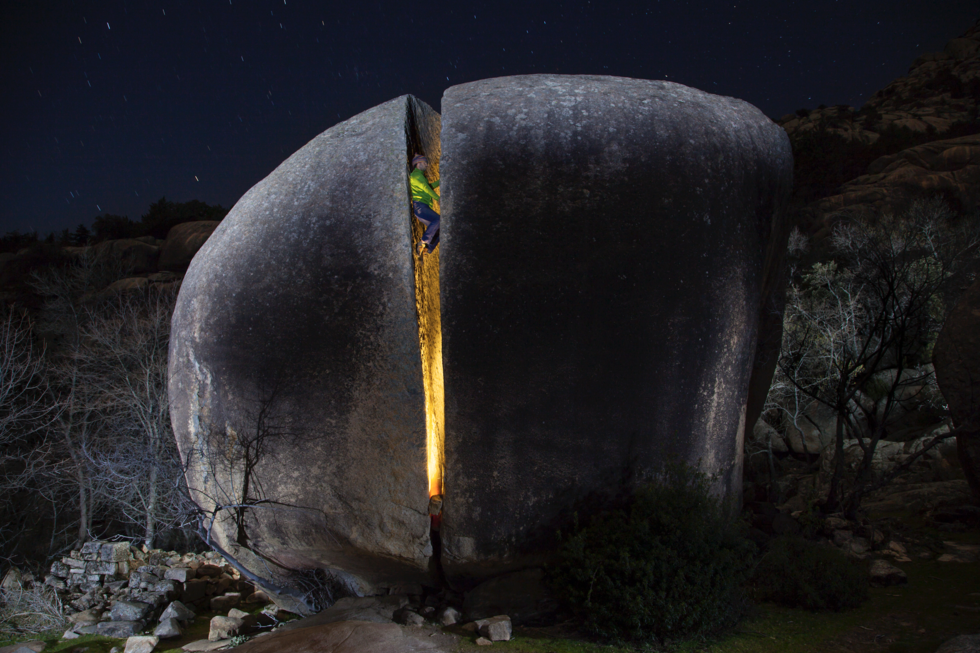 You can marvel at a gallery of all the winning images and runners-up—and start adding to your list of stunning mountainous regions to visit, even if you plan to keep your feet on solid ground—by going to CVCEPhoto.com.