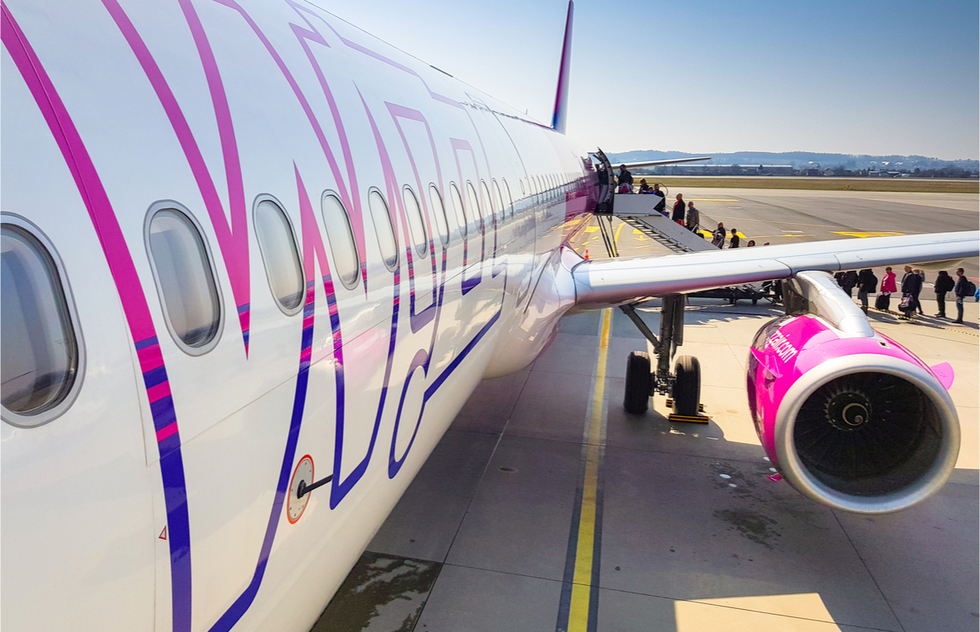 Here's an airline fee you surely never imagined would exist.

Sean O'Neill at Skift reports the discovery of a brand-new airline fee: an extra surcharge for using ad suppression software.

The culprit, O'Neill writes, is Wizz Air, a budget airline whose unfortunate name must sound a lot less tinkle-related when spoken in its native nation of Hungary.

If you want to take a Wizz and you're one of the many Web users who has installed an ad blocker on your browser—a patch of software that suppresses the many-tentacled activities of advertisers, often to speed up page loads and maintain privacy—when it comes time to book a ticket you'll see a "system surcharge fee" that's about €2 ($2.40) higher than it would otherwise be. If you don't use a blocker, the added amount doesn't show up.

So far, Wizz, which serves Europe and the Arabian Peninsula, hasn't provided an explanation for the fee. But O'Neill, a specialist in the many technological developments in the travel industry's sales techniques, thinks he might have figured it out.

That amount is only charged on the airline's desktop site; a lesser fee is charged when a customer uses Wizz's mobile site, which requires customers to validate their identities by logging in. From that, O'Neill has deduced that people who suppress ads on Wizz's desktop site are also simultaneously suppressing fraud prevention pop-up windows that verify identity during a sale. Therefore, the fee might have been added to offset fraud protection costs incurred by being unable to verify identify.

It's hard to know for sure, though, since the added amount is not explained in the website's fine print, and, so far, Wizz has not responded to O'Neill's attempts to flush out the truth.

Sure, it's not a lot of money, but it's still a successful ploy to take cash from customers on the back end without informing them of the reason.

Eagle-eyed customers began noticing the charge as early as last winter. You'd think an airline would be more cautious about extra fees during a pandemic.

We haven't yet caught any U.S.-based airlines doing this. Quite the reverse: Our airlines are frantically trying to roll back fees in a transparent attempt to make nice with a customer base that the industry has spent the last 20 years abusing.

This week, in an effort to lure passengers back to the skies, United, Delta, and American all rolled back the $200 fee charged to change a flight. The new flexibility is something Americans haven't seen much of for a generation.

Update, Sept. 1: Wizz Air addressed the surcharge with Skift, writing that "in a very rare situation, due to bugs in the AdBlockers, [ad blockers] can make the browser act unexpectedly," leading to the fee that was reported. The airline claimed the observed fee was an "edge case" that doesn't happen to everyone, but it also did not announce any changes to its practices. It's worth noting that when customers use Wizz Air's website to make transactions, the airline still does not advise turning off ad blockers.