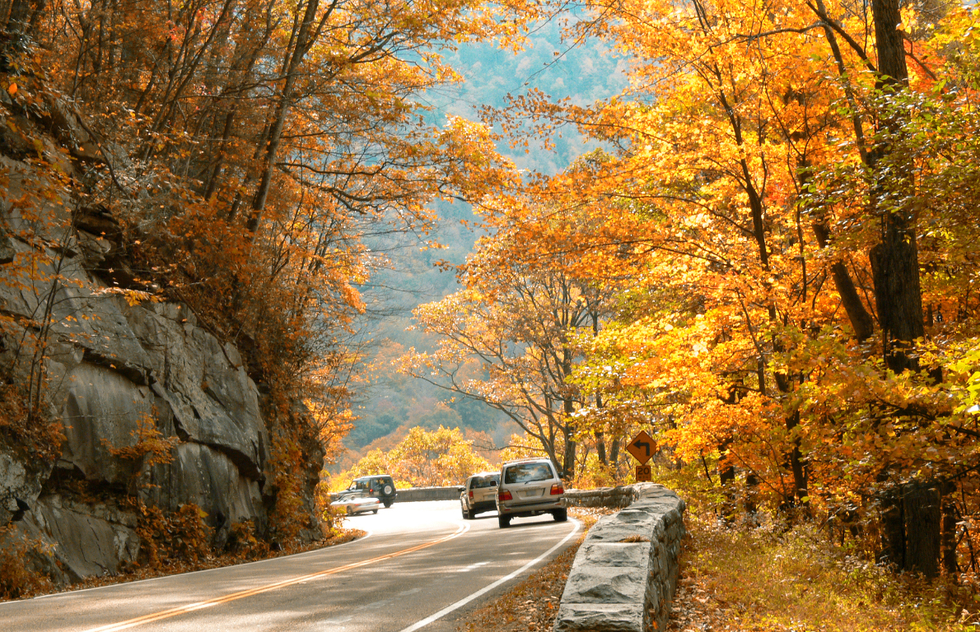 This Interactive Map Predicts When Fall Foliage Will Peak Across the U.S.

The high temperatures and lack of rain in many parts of the United States this year could result in shorter, less vibrant autumn displays than usual, according to some foliage forecasters.

Still, the leaf-peeping pros at Yankee magazine told our own Pauline Frommer that forested regions less affected by heat and drought could still put on a "spectacular" show this fall in places like the White Mountains of New Hampshire, the Green Mountains of Vermont, northern Maine, Upstate New York, and elsewhere.

To help travelers get the timing right for autumn road trips and weekend getaways, SmokyMountains.com has updated its annual Fall Foliage Prediction Map for 2022. Despite the website's name and its role promoting travel to the mountains of Tennessee and North Carolina, the map's predictions cover all of the contiguous U.S.

"Our model ingests multiple data points, including National Oceanic and Atmospheric Administration precipitation forecasts, historical precipitation, average daylight exposure, and temperature forecasts," says the site's statistical expert and cofounder, David Angotti, who launched the predictive foliage map in 2013. "We process hundreds of thousands of data points from a variety of private and government sources to accurately predict the precise moment fall will occur for the entire United States."

Use the slider at the bottom of the color-coded interactive map to see the country's expected leaf situation for each week from now through November 21.

According to the map, things will remain patchy until the first week of October, when the northernmost reaches of the Rocky Mountains, the Upper Midwest, and the Adirondack Mountains will near peak prettiness.

The days around October 10 are expected to be New England's time to shine, after which the peak moves southward and westward (the Great Smoky Mountains, the Ozarks, parts of Colorado and Utah) for the second half of the month. By mid-November, your best bet might be Texas Hill Country.

For the first time, SmokyMountains.com has added a simple online form that users can fill out to report their own fall foliage experiences in order to help refine the data for future editions of the map as well as for its midseason update in late September.

Start scoping out the leaves using the embedded map above or by going to SmokyMountains.com.