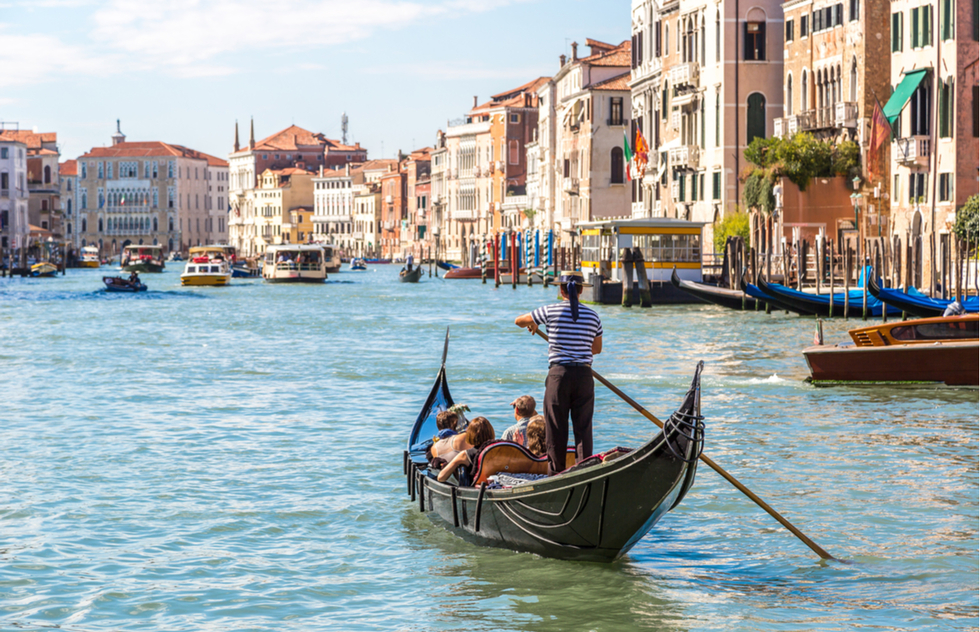 The number of passengers allowed at one time aboard the iconic gondolas of Venice is being reduced from six people to five.

It sounds like a social distancing thing, but, in fact, it's an overweight-tourists thing.

Heavy loads result in gondolas taking on water, Andrea Balbi of the city's Gondola Association told CNN, and that makes it difficult for gondoliers to steer the vessels through canals.

"Over the last 10 years or so," Balbi said, "tourists weigh more—and rather than having them step on a scale before they get on, we are limiting the number."

Yeah, well, if Italy wants us slimmer, maybe the country should think about making its gelato less delicious.

The new 5-person cap applies to the famous slender boats you picture in your mind when you hear the word "gondola." Bigger da parada gondolas, often used as water taxis on the Grand Canal, are also reducing the number of people allowed on at once, from 14 to 12.

Raoul Roveratto, the president of the association of substitute gondoliers, had this to say about the change, according to La Repubblica newspaper (as translated by The Independent):

"Tourists are now overweight. From some countries, bombs load [on to the boats]. And when [the boat] is fully loaded, the hull sinks and water enters. Advancing with over half a ton of meat on board is dangerous.”

We're hoping that, like most things, sounds a lot nicer in Italian.

Venice isn't the first tourist destination to make alterations to a beloved boat-based attraction to accommodate bigger guests. The "it's a small world" ride at Disneyland in Southern California reportedly underwent a redesign for that reason several years ago.