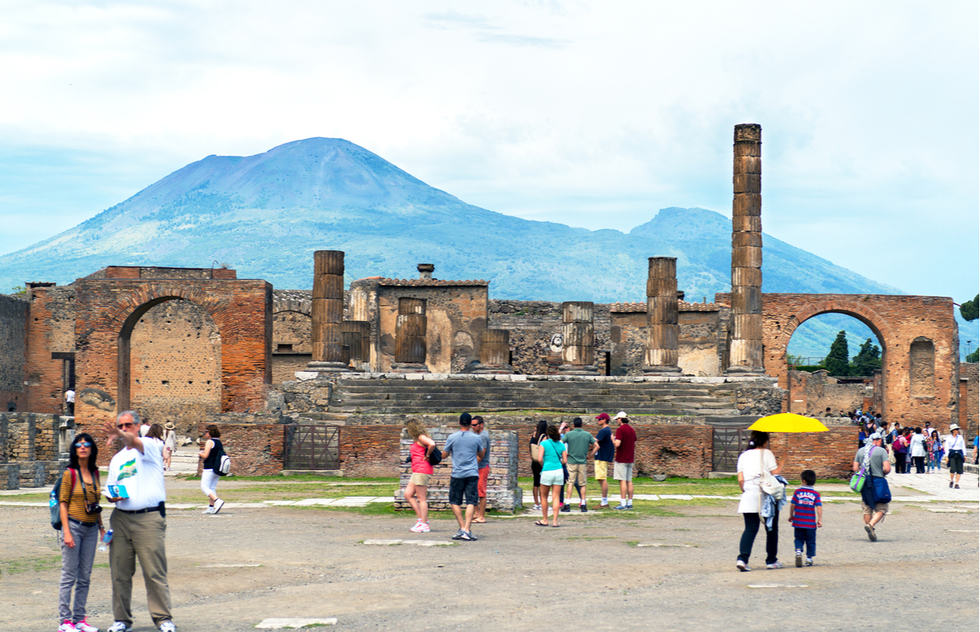 The Brady Bunch tried to warn you.

As the wholesome blended family learned in the sitcom's Hawaii episodes, you can't just grab any ancient artifact you find on vacation. The thing could be cursed, and before you know it, your brother will wipe out while surfing, your maid will throw her back out during a hula lesson, and Vincent Price will hold you hostage in a cave.

Nevertheless, tourists routinely ignore the wisdom of TV reruns at southern Italy's Pompeii ruins, where a bustling Roman city was buried under volcanic ash after the eruption of Mount Vesuvius in 79 A.D.

Over the years, the site's archaeological excavation—which got going in earnest in the 18th century and is still active today—has received many returned artifacts accompanied by sorrowful letters of confession. So many, in fact, that the Pompeii Antiquarium, the onsite museum that tells the story of the city, has a whole exhibit dedicated to pilfered pottery and other forbidden souvenirs.

Looks like the curators need to make room for a new addition.

A Canadian tourist has mailed back two mosaic tiles, parts of a jar, and a ceramic wall piece she stole from the Archaeological Park of Pompeii in 2005.

In an accompanying letter, the woman, identified in news reports only as Nicole, writes that in the intervening 15 years, she has had nothing but trouble—and she thinks the stolen items are to blame.

“Please, take them back," the letter states, according to The Guardian, "they bring bad luck.”

Nicole relates that she was in her early 20s when she visited Pompeii, and wanted a one-of-a-kind historical memento to take home. But she now thinks it was a horrible idea to take objects with "so much negative energy" attached to them due to their association with an event that caused extensive death and destruction.

Her misfortunes since 2005 have included two bouts with cancer and money problems, according to the letter. She asks for "forgiveness from God" and expresses a hope not to "pass this curse on to my family or children.”

We'd argue that she deserves some karma points for (eventually) doing the right thing. Here's hoping her luck improves from here on out.

As for Pompeii, it's doing better lately, too. Though the site came close to joining UNESCO's list of imperiled World Heritage sites in 2013, an ambitious restoration project led to the reopening earlier this year of the fresco-filled suspected brothel known as the House of Lovers. The structure had been closed to the public for 40 years due to earthquake damage.