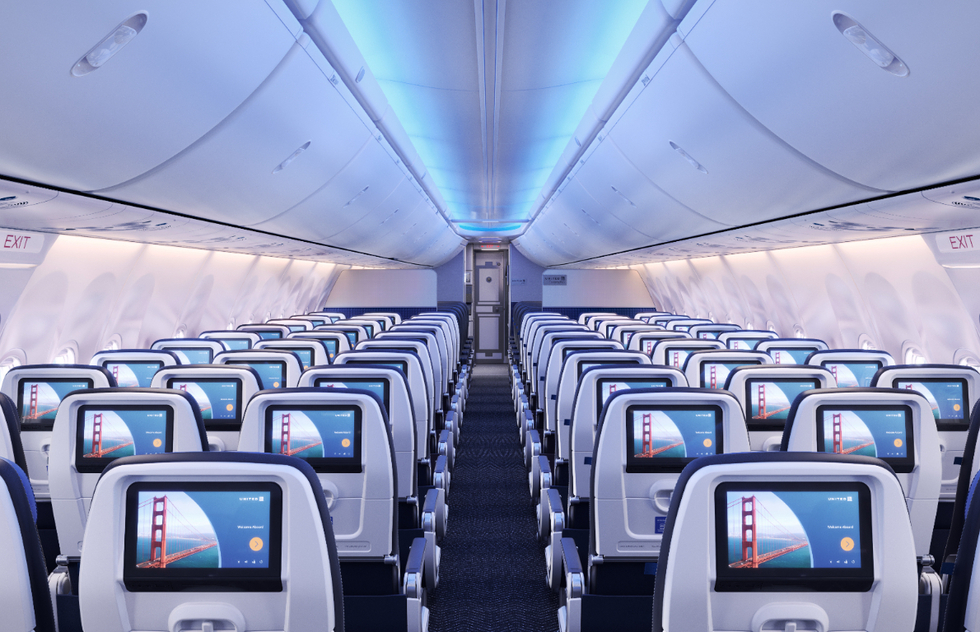 United Airlines Will Add Seatback Screens to All of Its Planes

Pretty soon, United Airlines will offer seatback entertainment at every seat on its planes.

The Chicago-based carrier made the announcement while releasing the news of its order of 270 new Boeing and Airbus aircraft—United's largest fleet expansion ever.

When those planes start showing up on runways over the next five years, all of the seats will have screens stocked with hundreds of movies, TV shows, games, music, and other in-flight entertainment that passengers can access for free.

What's more, all of the airline's existing narrow-body planes will be retrofitted with individual screens by 2025, with 66% of the project expected to be completed over the next two years.

Only about a third of United's 580 smaller, narrow-body aircraft currently have seatback screens, according to USA Today. Personal screens are already standard on United's wide-body planes.

Passengers who prefer to stream the airline's entertainment library using their own smartphones and tablets may continue to do that during flights—and, crucially, each seat will also have a power outlet and USB port to make that easier.

United is calling its cabin overhaul a "new signature interior" that will also include, thank the merciful heavens, larger overhead bins.

The company says its choice to invest in personal screens is an effort to improve the flight experience.

“There is no doubt in my mind that this is something our customers value," CEO Scott Kirby told reporters, "something that will make our customers pick United more and more.”

Not long before the Covid-19 pandemic struck, seatback screens seemed to be on the way out aboard most major U.S. carriers. Because nearly every passenger carries on a smartphone, the reasoning went, why not just make in-flight entertainment streamable for personal devices so that airlines can save money on entertainment equipment that is expensive and weighs planes down?

Southwest Airlines and Alaska Airlines (which stripped screens from Virgin America's jets after acquiring that popular carrier) both stream online entertainment libraries to passengers' devices, and American Airlines only offers built-in screens for long flights on large aircraft and on a very small percentage of narrow-body planes.

JetBlue still brags, for now, that it's the "only U.S. airline with seatback screens at every seat"—though Delta Air Lines gives that carrier a run for its money, making an effort in recent years to add seatback consoles to nearly every plane in its fleet.

Having evidently determined that passengers like built-in screens (or hate using their own devices on flights), those companies and now United are betting that not making customers miserable will be good for business.

Now there's a strategy you don't encounter every day in air travel.