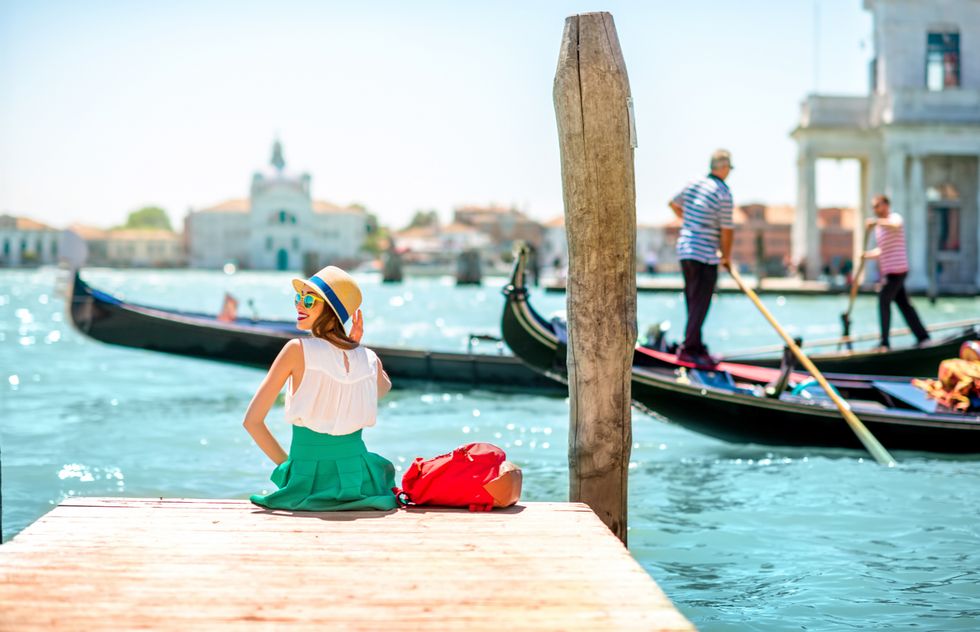 UPDATE, May 31: Officials in Venice have reportedly decided to postpone the implementation of the city's entry fee for day-trippers described below. Though the program's trial run was initially set to begin this summer, the booking and payment system will now launch on January 16, 2023.

As Venice braces for the return of summer tourism at what is expected to be pre-pandemic levels, officials in Italy's perennial vacation hot spot are moving forward with a measure designed to control crowd sizes: the world's first entrance fee for a city.

The plan, which has been in the works since before Covid hit, will require each day-tripper to make an advance reservation online and pay a fee between €3 ($3.20) and €10 ($10.50), depending on how busy Venice is on the day of the planned visit, according to the Guardian. (Expect the fee to remain at €10 during the overcrowded summer months.)

CNN reports that the mayor's office has confirmed the booking system will launch next month as part of a trial run, with the entrance fee set to become mandatory in January 2023.

The fee will not be required before then, but those who make reservations during the pilot period will receive incentives for participating, such as reduced admission at museums, Venice tourism councillor Simone Venturini told Italy's La Repubblica newspaper.

Venturini said that the website where Venice's day guests will book visits is getting the finishing touches by city government authorities before the system launches in June. (Frommer's will pass along a link when one becomes available.)

Come January, any day-tripper who has not made a reservation or paid the entry fee will not be allowed to enter Venice. The city could eventually install gates and turnstiles at key access points in order to reinforce the system, per La Repubblica.

Note that visitors staying overnight in Venice do not have to pay the fee, since those guests are already required to pay a tourist tax.

The admission charge is aimed instead at curbing the onslaught of quick-turnover crowds that descend on Venice for only a few hours at a time. The cultural, economic, and environmental effects of all that touristic churn earlier persuaded Italy to ban cruise ships from Venice's city center.

Before the pandemic, up to 80,000 people reportedly visited Venice each day, overwhelming a city of about 50,000 residents.