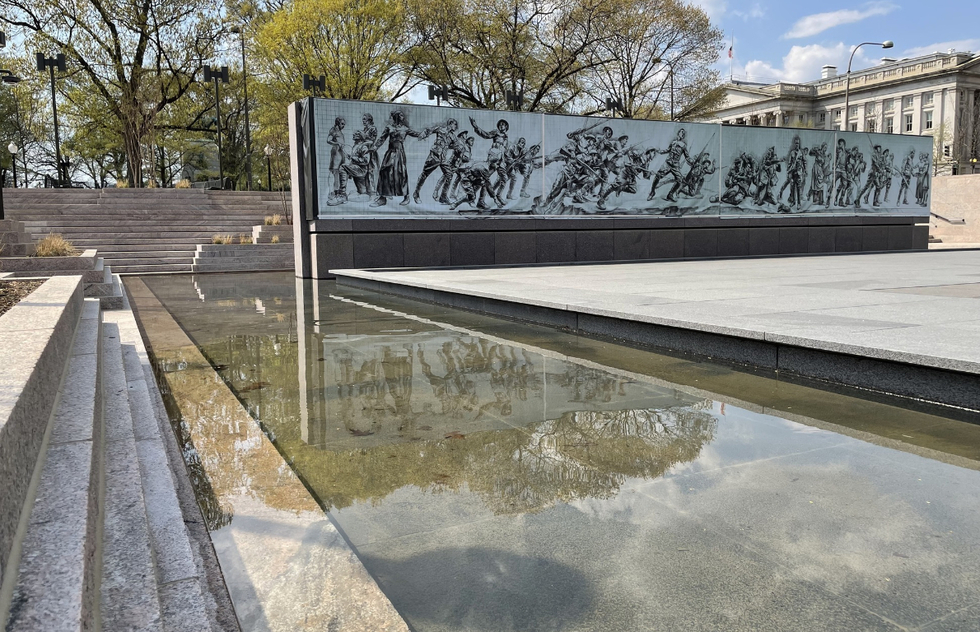 More than a century after World War I ended, the nation's capital has opened its first official government memorial devoted to the Americans who served in that conflict.

The U.S. flag was raised for the first time over the World War I Memorial in Washington, D.C., on April 16, signaling that visitors are now welcome to tour the site, which is part of the National Mall and Memorial Parks unit managed by the National Park Service (NPS).

The new commemoration is located at the former Pershing Park, a nearly 2-acre space along Pennsylvania Avenue between 14th Street NW and 15th Street NW. The White House Visitor Center is just across the street.

Since the park's namesake was Gen. John J. Pershing, commander of the American Expeditionary Forces during WWI, many preexisting features, including Pershing's statue and engraved info about battles and campaigns, were incorporated into the memorial. 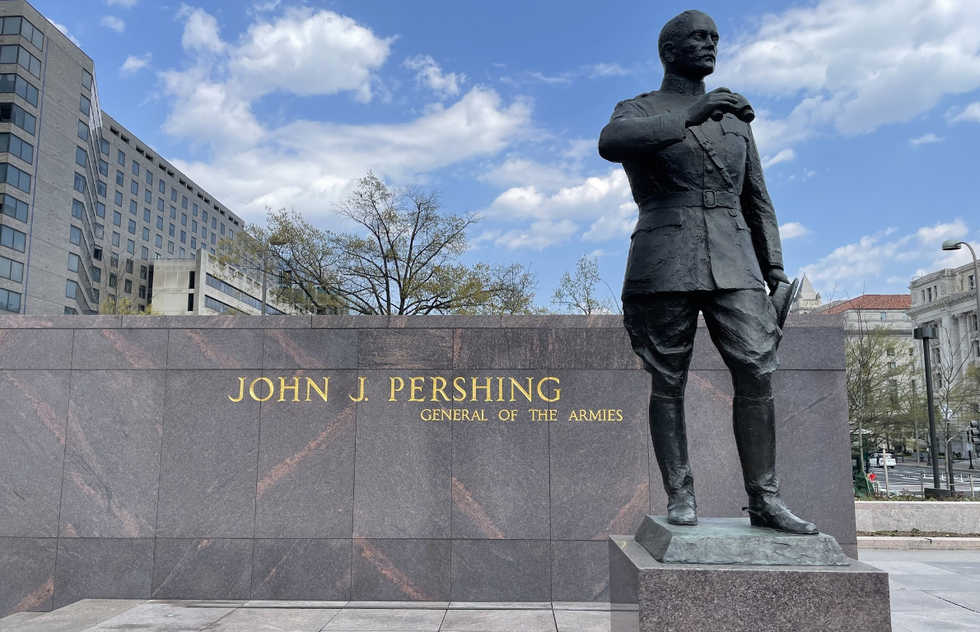 Among the new additions designed by architect Joseph Weishaar are a Peace Fountain and a stone wall bearing an excerpt from Archibald MacLeish's poem "The Young Dead Soldiers Do Not Speak," which ends with the haunting line, "We were young, they say. We have died. Remember us." 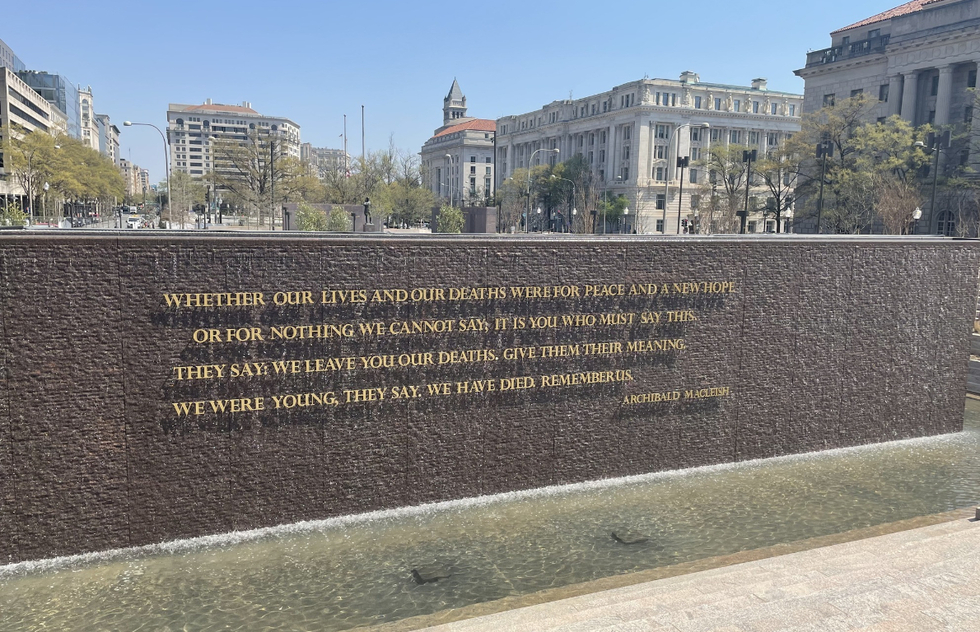 The memorial's centerpiece, however, remains unfinished.

In a press release, the National Park Service projects that Howard's work won't be installed at the memorial until 2024.

In the meantime, large panels showing an illustration of the planned sculpture (pictured at the top of this post) have been put up at the site.

As the U.S. military newspaper Stars and Stripes points out, the National WWI Museum and Memorial in Kansas City has been an official institution of remembrance since 2004. But the new memorial joins earlier shrines to other major wars and conflicts in Washington's National Mall district.

“The time is long overdue for the World War I Memorial to take its rightful place among the memorials of the nation’s capital that pay tribute to the men and women who served and sacrificed in America’s armed conflicts,” Jeff Reinbold, superintendent of the National Mall and Memorial Parks, said in the NPS's statement.

The World War I Memorial is open to the public for free all day every day, and interpretative panels are always available. Rangers or volunteers might be on hand to answer questions; consult the calendar of events at the NPS website to find out where and when.