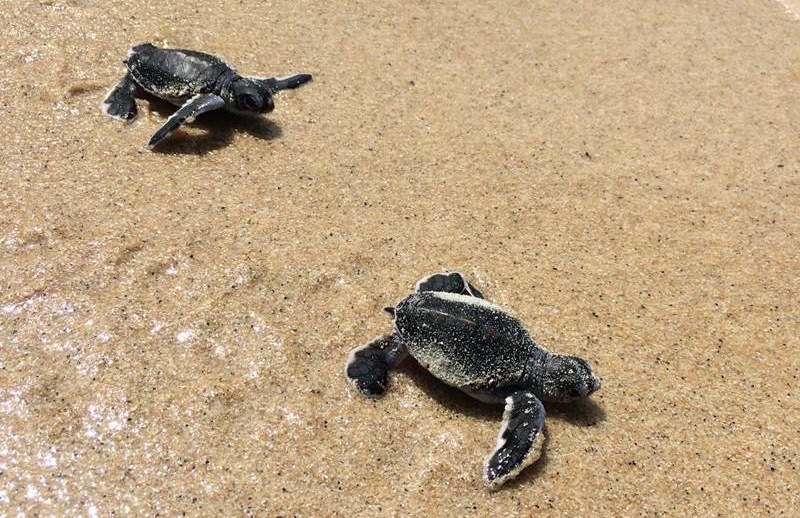 WATCH: Baby Turtles Hatch and Go to Sea at Island Resort in Thailand

About 200 green sea turtles have hatched and waddled their way to the ocean this month on the beach of a luxury resort in Thailand.

The mother turtle laid the eggs in late February and early March on the sands of the Banyan Tree Samui resort, located on the island of Ko Samui.

Ever since, the nests have been carefully tended to by the hotel's marine biologist, Thepsuda Loyjiw, along with the government's Department of Marine and Coastal Resources.

“It was heartwarming to watch the baby turtles being born and then scurrying to the sea,” Loyjiw said in a news release from the hotel. "We have been protecting [the nests] from predators such as birds and monitor lizards, and gauging the temperature of the eggs to make sure the hatchlings would be given every chance of survival.”

You can watch footage of the baby turtles emerging from their nests and heading for the Gulf of Thailand in the below clip, which was posted to Banyan Tree Samui's Facebook page. These days, it's nice to see somebody somewhere getting out and about.

The resort's news release points out that in a typical year sea turtles don't lay eggs so close to a tourist area. But with the place largely devoid of its usual human visitors, wildlife has returned—something that has been happening worldwide in recent weeks.