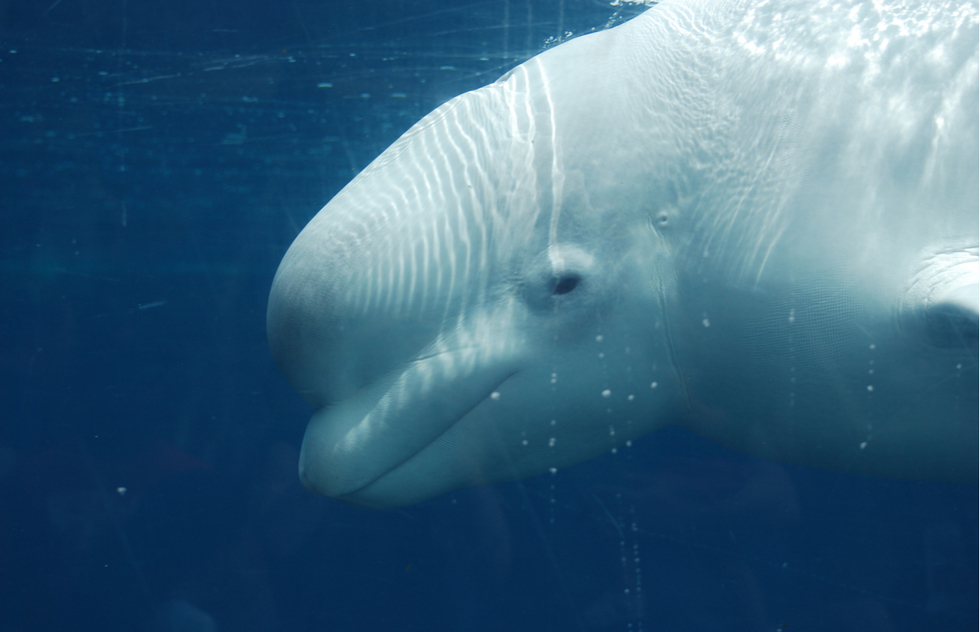 If you can tear yourself away from the bear cams streaming from Katmai National Park in Alaska, there's another entertaining wildlife feed that has launched for the summer.

The Churchill region is best known for its resident polar bears, but each summer, according to Thrillist, an estimated 57,000 belugas migrate to these waters from the Arctic.

The livestream is a joint effort from the conservation group Polar Bears International and Explore.org (which also operates the Katmai cams, among many others).

As the boat carrying the camera moves through the water, you'll frequently see belugas swimming in and out of frame. The curious creatures often come in for a closer look. We're pretty sure we caught one cetacean trying to put the lens in its mouth.

Watch with audio to hear the animals' squeaky vocalizations. They're not exactly soothing sounds, but they're still less annoying than Raffi's insidious "Baby Beluga" earworm.

The livestream will remain active into early September. Polar Bears International has also scheduled a series of live video chats on Arctic wildlife and the importance of preserving the sea ice that the animals depend on.