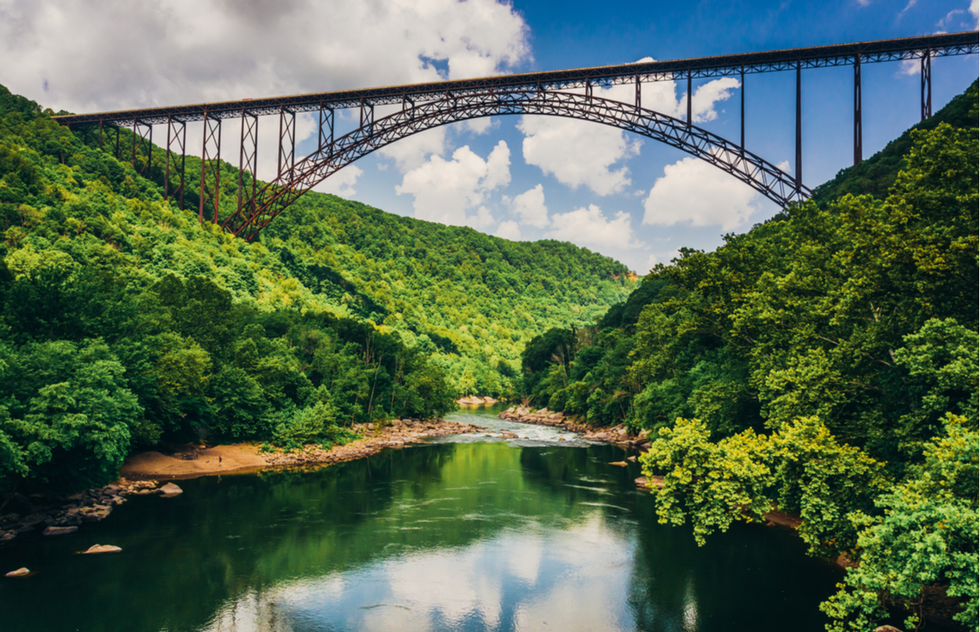 West Virginia Is Home to the USA's Newest National Park

You might have missed a noteworthy provision in the funding bill that was passed by Congress last week and finally signed, after a surprise delay, by Pres. Trump on Sunday night.

In addition to providing some pandemic relief and keeping the government going, the package has given the United States a new national park.

The more than 72,000-acre site is already managed by the National Park Service, but West Virginia's U.S. Senators, Joe Manchin (D) and Shelley Moore Capito (R), who proposed the redesignation in 2019, hope that national park status will shine new light on the region and boost tourism.

"The New River Gorge is truly one of West Virginia's most treasured playgrounds and largest tourist attractions because of its whitewater rafting, hunting, fishing, outdoor sports and natural beauty," Manchin said in a statement. "This designation will increase its international recognition by highlighting West Virginia’s world-class beauty and resources."

The 7,021-acre park portion will center on the Lower Gorge, where scenic woods and sandstone cliffs flank whitewater rapids. Rafters, rock climbers, hikers, and mountain bikers all have plenty to keep them occupied.

In the roughly 65,000 acres set aside as a national preserve, backcountry hunting and fishing will continue under current regulations.

Outside magazine characterizes that as a concession to local hunters, many of whom opposed the national park designation. In the Lower Gorge, they will lose access to around 4,000 acres where hunting was previously allowed. But even as a national park, 301 acres of the Lower Gorge will still be open for that activity.

The new bill further authorizes the National Park Service to bid on additional land for the preserve and for parking.

West Virginia tourism officials are projecting a 20% increase in visitation as a result of the national park designation. They say that's what happened with Indiana Dunes National Park, the last site to get upgraded status in February 2019.