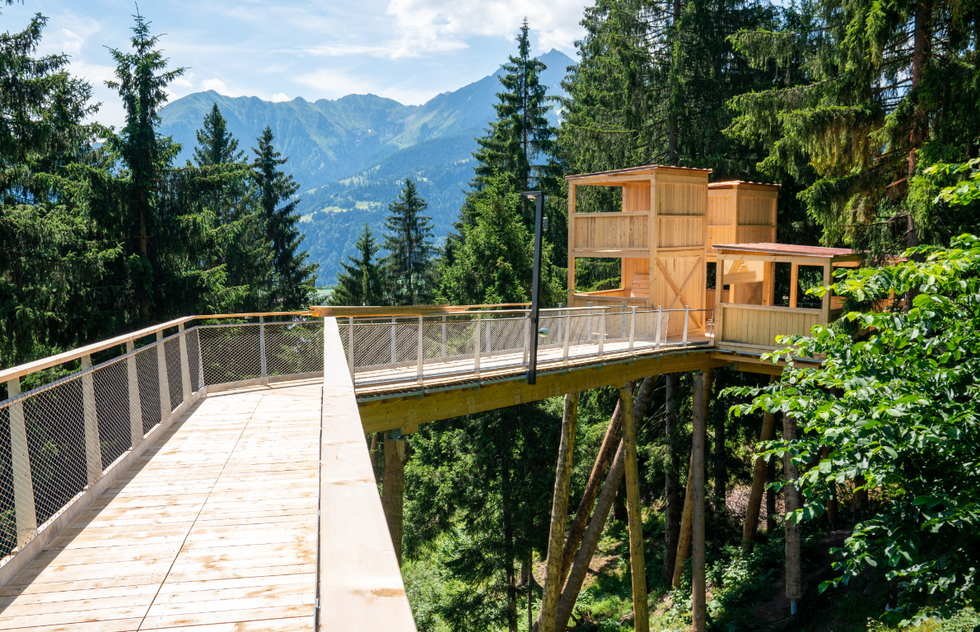 Traipsing through Alpine scenery has been a national pastime in Switzerland for ages. But a new walkway in the eastern Grisons region (or Graubünden in German) gives amblers a unique perspective on the landscape—from up to 28m (92 ft.) high in the treetops.

Opened in July at the Flims Laax Falera resort, which is primarily known as a hub for winter sports, the Senda dil Dragun ("way of the dragon") elevated walkway winds through the forest canopy between the villages of Laax Murschetg and Laax Dorf, a distance of 1.5km (about a mile). 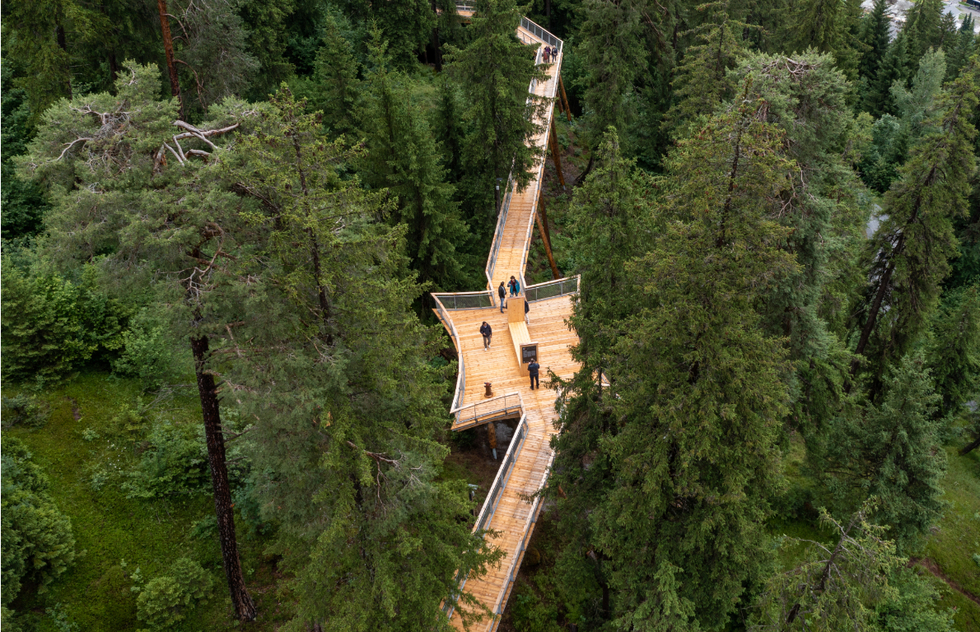 The operators of the walkway claim it is the longest treetop hiking route in the world.

Along the way, there are lookout platforms where visitors can rest on benches, read interpretive panels about the forest's flora and fauna, and take in far-reaching views of the surrounding mountains. 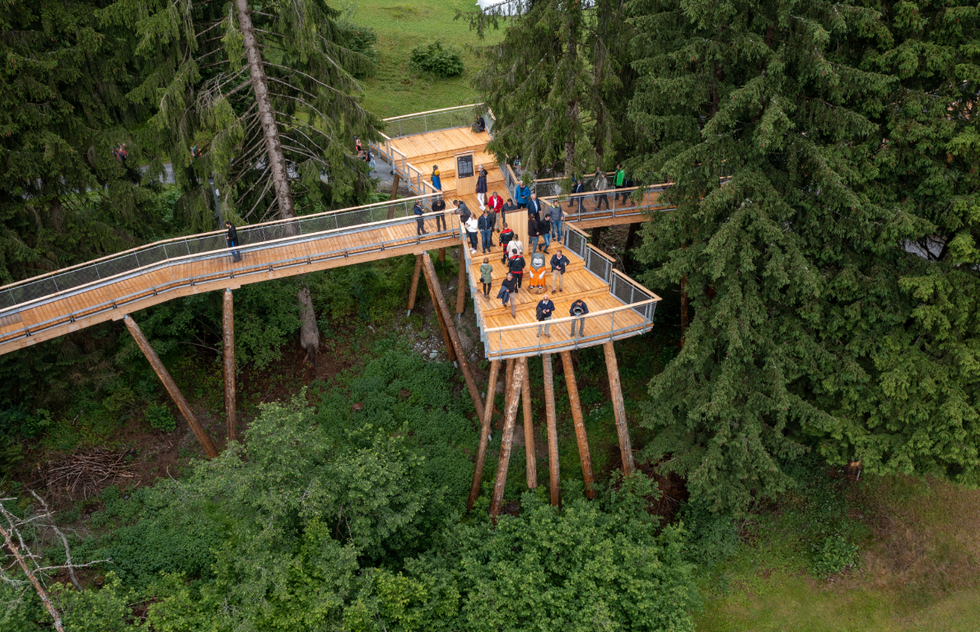 At the Murschetg end, kids can return to ground level via a spiral slide. (The walkway's two access towers may be scaled using stairs or elevators.) 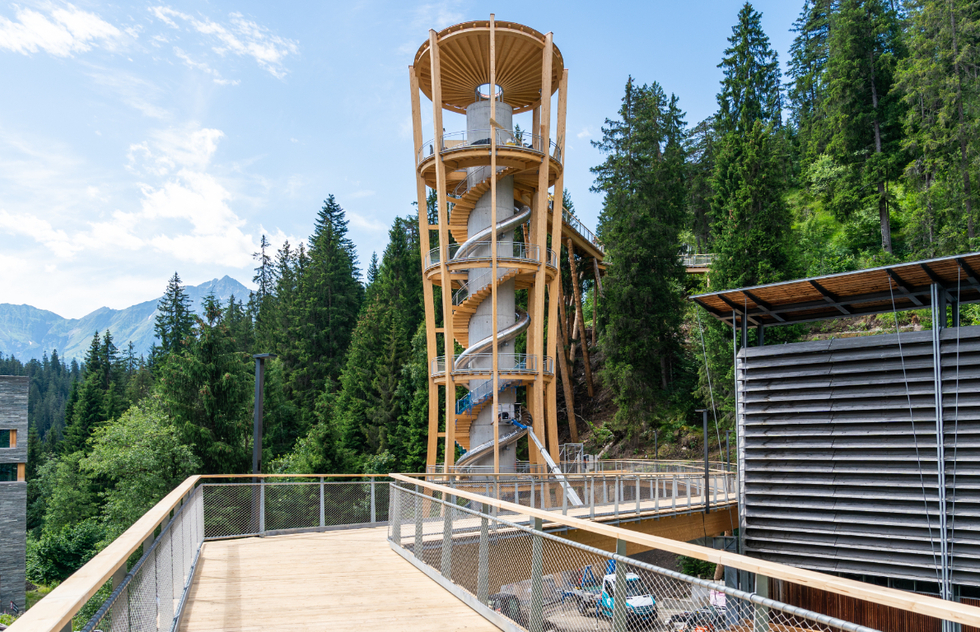 Starting in the autumn, guests will be able to borrow an electronic tablet from the information office to take along the path for an interactive digital experience relating to the region's animal and plant life, geology, agriculture, and human settlement.

The sky walk isn't a summer-only attraction, either—the plan is to keep it open year-round. Wintry aerial views of the snow-covered scenery should be wondrous. 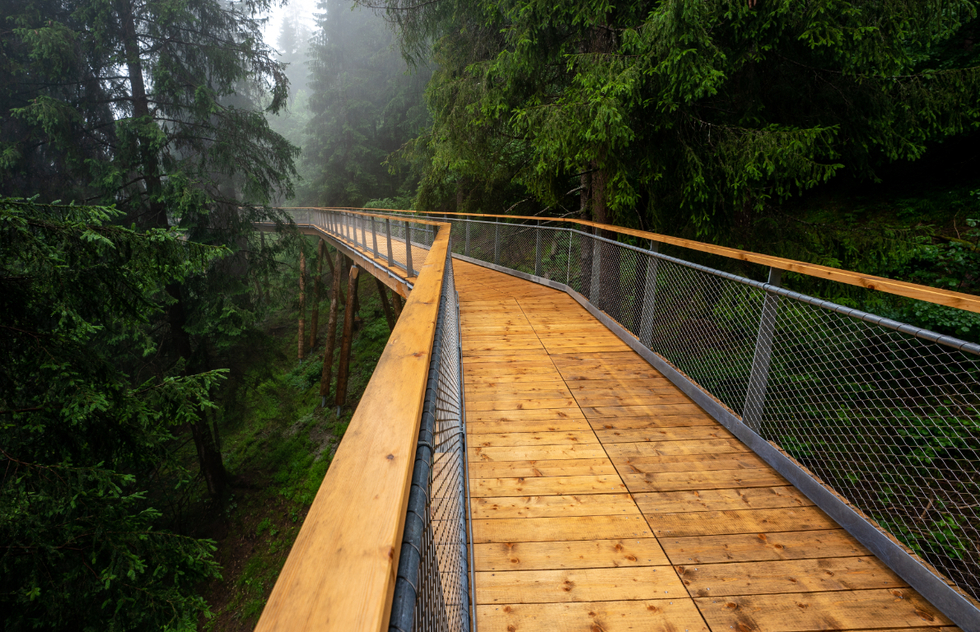 Looking for a U.S.-based treetop alternative? Crane your neck toward the recently opened Redwood Sky Walk in northern California.