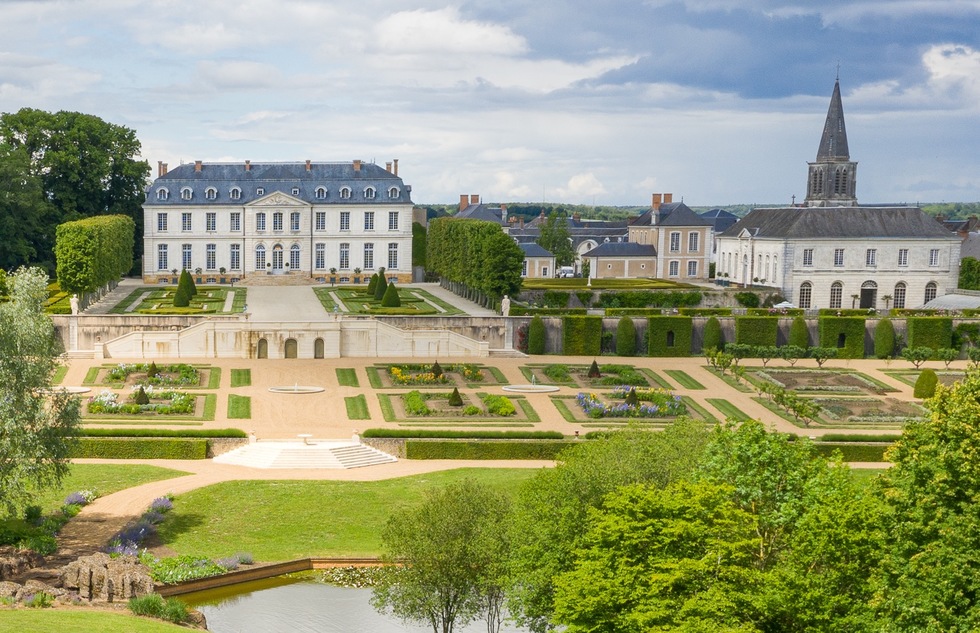 Some of the biggest stars in 18th-century European culture—including Mozart as well as Age of Enlightenment thinkers Voltaire, Jean-Jacques Rousseau, and Denis Diderot—spent time at the estate of Baron Jacques Pineau de Viennay in the castle-packed Loire Valley southwest of Paris.

Now you can stay there, too.

Following a meticulous renovation, the baron's summer residence has been reopened as the Hotel Château du Grand-Lucé.

Set amid 80 acres of manicured gardens, the neoclassical chateau has 17 guest rooms and suites along with a French restaurant, bar, spa, and outdoor pool.

Used as a military hospital during World War I and a hiding place for treasures from the Louvre Museum during World War II, the 1764 building has been restored to its 18th-century heyday, when the baron and, later, his daughter, Louise Pineau de Viennay, lived here. A lover of the arts and au courant ideas, she's the one who hosted the famous musicians and philosophers.

The hotel's designers have retained the chateau's froufrou look. Guest rooms are resplendent with crystal chandeliers, period furnishings, oak floors, and walls that have been lined with patterned fabric. 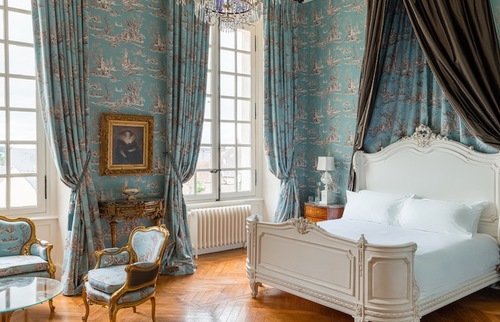 The pièce de résistance is the truly baronial Baron's Suite, which has 17-foot-high ceilings, huge casement windows overlooking the gardens, and walls adorned with chinoiserie murals painted by Jean-Baptiste Pillement, who also did the wallpaper at Marie Antoinette's Petit Trianon.

The Hotel Château du Grand-Lucé opened for guests on Monday, June 3. Nightly rates start at a whopping $1,085 during peak season. Visit the hotel's website for more information or to make a reservation.