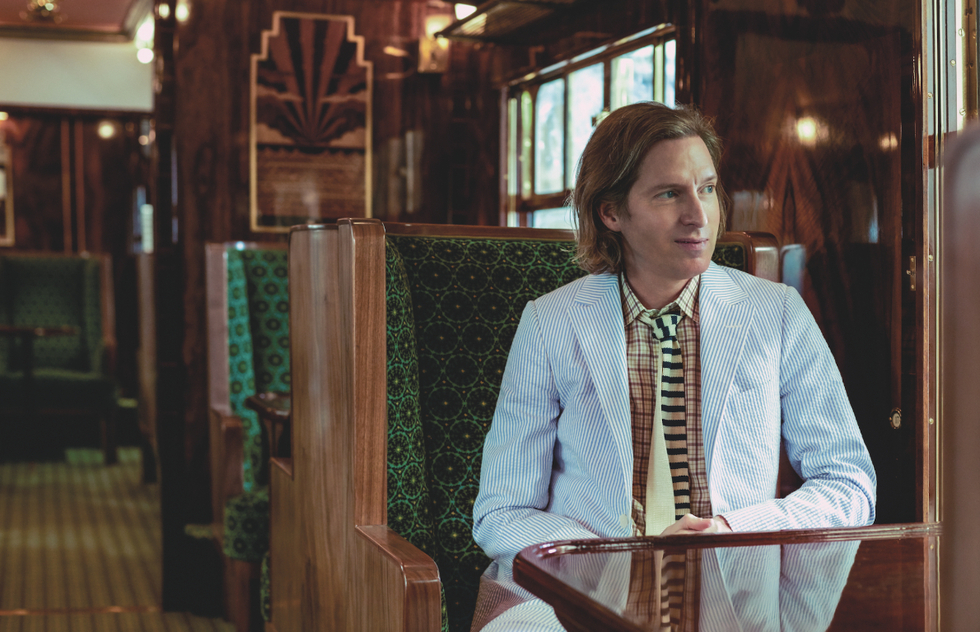 Film director Wes Anderson (pictured above) has redesigned a real-life, luxury train carriage and, honestly, what took him so long?

It's an environment—small, self-contained, elegant, and old-timey—that seems especially suited to Anderson's distinctive aesthetic. That's probably why the moviemaker has created several train compartments for the big screen, most notably in 2007's The Darjeeling Limited, which is about three brothers riding the rails across India.

That train doesn't exist IRL, but, starting October 13, well-heeled travelers on Belmond's luxurious British Pullman train can board a carriage that was decorated under the director's direction. 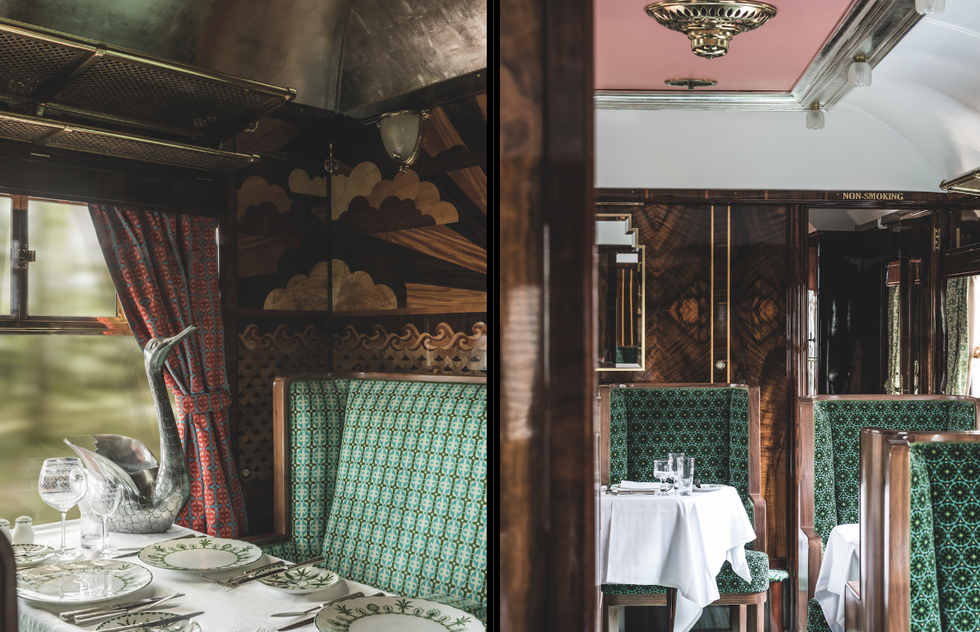 Based at London's Victoria Station, the train offers day and weekend trips to spots throughout Britain on restored and individually decorated Pullman coaches that date to the early to mid 20th century.

"I love trains!" he enthuses in a statement released by Belmond, which also operates luxury hotels and river cruises. "I have often had the chance to invent train compartments and carriages in my movies—so I was immediately pleased to say ‘yes' to this real life opportunity, and very eager to make something new while also participating in the process of preservation which accompanies all the classic Belmond train projects."

The made-over train car is being rolled out in conjunction with the release of Anderson's new film, The French Dispatch (opening October 22), but Belmond is reportedly making the redesigned carriage a permanent fixture on the British Pullman. 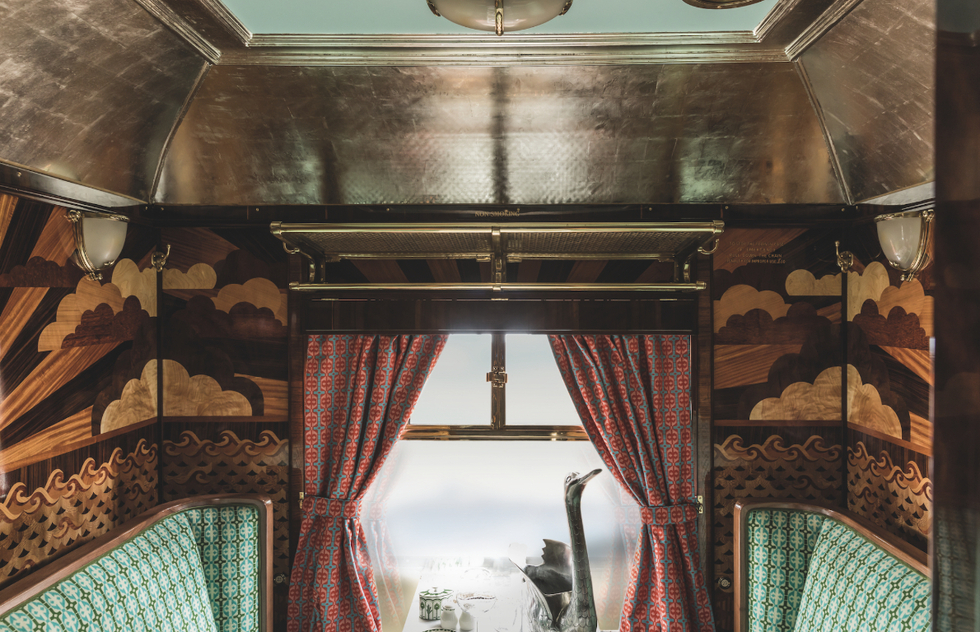 Named after the Latinized Greek word for swan, Anderson's Cygnus carriage makes several references to that bird, from the detailing in the marquetry to the silver leaf on the ceiling meant to recall water reflections. Even the champagne coolers are shaped like swans.

You can travel in the open car or opt for a first-class experience worthy of The Grand Budapest Hotel by booking a berth in one of two private coupés, which accommodate two guests apiece.

The Cygnus carriage will have its premiere this week on a jaunt from London to Cardiff, Wales. Rides start at £400 ($544) per person. Since London and Cardiff are only about 150 miles apart, that comes out to nearly £3 ($4) per mile.

Visit Belmond.com for more information or to make a reservation.

If the prices are too steep, you can always just keep your eyes peeled for the "Accidentally Wes Anderson" phenomenon for free.