Things to Do in Deer Isle 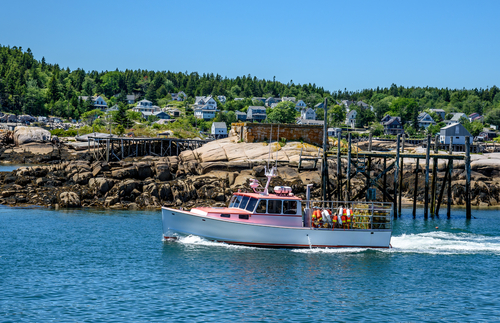 The island known as Deer Isle is well off the beaten path, yet worth the long detour from Route 1. Looping, winding roads cross through forest and farmland, and travelers are rewarded with sudden glimpses of hidden coves. An occasional settlement even crops up now and again.

This island doesn't cater exclusively to tourists the way many coastal towns and islands do; it's still largely occupied by fifth- or sixth-generation fishermen, farmers, second-home owners, and artists who prize their seclusion here.

The main village -- Stonington, on the island's southern tip -- is still a rough-hewn sea town. Despite serious incursions over the past 10 years by galleries and enterprises partly or wholly dependent on tourism, it remains dominated in spirit by fishermen and the occasional quarry worker.

This village does now have a handful of inns and galleries, but its primary focus is to serve locals and summer residents, not travelers. Outside magazine once named this one of America's ten best towns to live in if you're an extreme/outdoorsy type. Um . . . sure, if you don't mind living several hours removed from the nearest significant population centers and airports in Maine.


I've yet to see a lobsterman kayaking on his down time, either -- they're too busy working -- though I suppose it does happen.

Be that as it may, this is a great island on which to simply relax and smell the salt air and watch the changing landscapes.