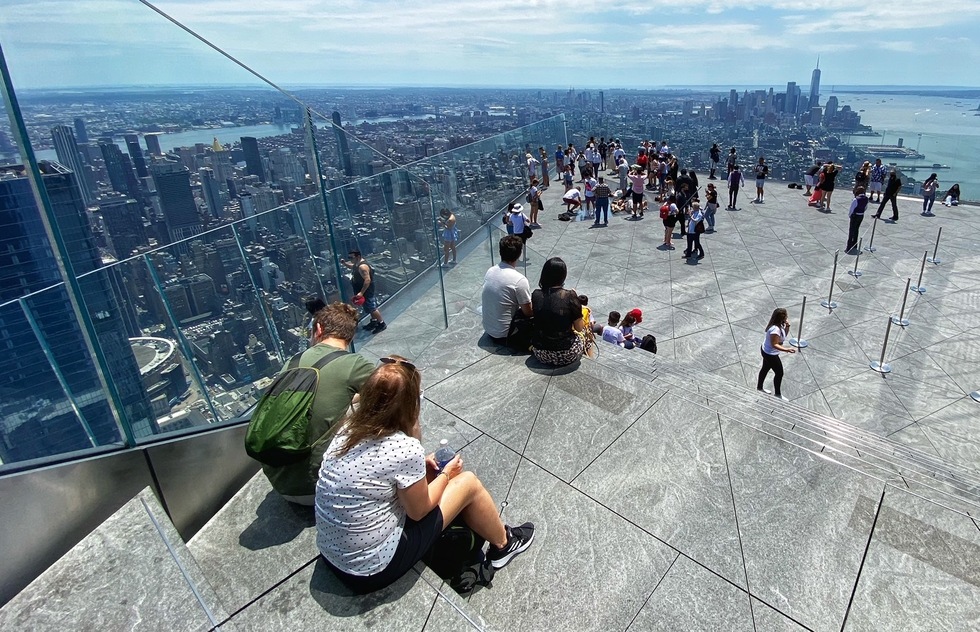 What's the difference between a sky deck and an observation deck? Mostly bragging rights. But because Edge juts out from the side of a skyscraper rather than sitting atop one, it can claim to be the tallest sky deck in the Western Hemisphere, at 100 stories above the pavement. This is not, however, the highest viewpoint in the city—that would be One World Observatory.

Of the visitor experience at the two towers, Edge, well, edges out One World. That's partially because Edge is closer to the hustle and bustle of midtown, making its closest views more interesting.

Edge also an outdoor space (always more fun) and appealing design details such as slanting glass walls that allow viewers to lean out and see more below. The most popular feature is a large triangle of glass in the decks floor where you can look down, down, down to the sidewalk far below. Many visitors lie down on the glass for vertiginous selfies, or sit on the clear surface with a glass of champagne (there's a bar on the deck) to toast the view.

For those who want more than just a tipple, there's a surprisingly good restaurant with splendid views (naturally) one story up from the observation deck. 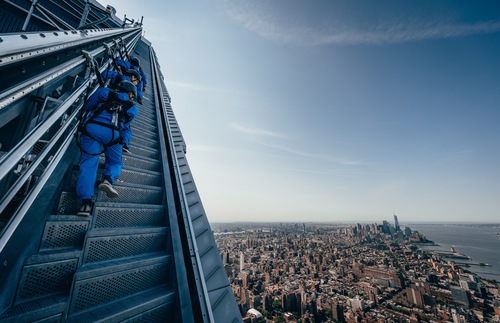 What makes Edge truly unique is City Climb, a tour ($185 per person) during which brave participants are strapped to cables and taken on an ascent up the skyscraper to its apex. Some 280 stairs are involved, so participants must be in reasonably good shape and over the age of 13. With this attraction, Edge isn't fudging any numbers: This really is the tallest outdoor skyscraper climb in this hemisphere.

Edge is part of the Hudson Yards complex—a tourist attraction in its own right. Be sure to give yourself at least an hour for a visit here (triple that if you're attempting the climb).