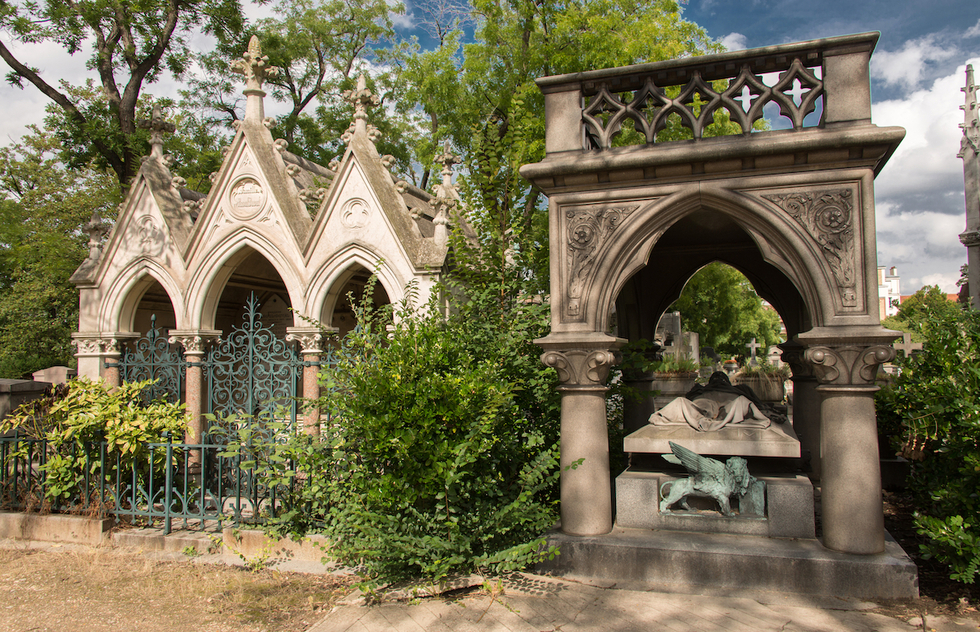 Cemeteries are not usually on the top of anyone’s must-see list, but this is no ordinary cemetery. Romantic and rambling as a 19th-century English garden, this hillside resting-place is wonderfully green, with huge leafy trees and narrow paths winding around the graves, which include just about every French literary or artistic giant you can imagine, plus several international stars. Proust, Apollonaire, Colette, Delacroix, Seurat, Modigliani, Bizet, and Rossini are all here, as well as Sarah Bernhardt, Isadora Duncan, and Simone Signoret and Yves Montand (buried side by side, of course). Though some are simple tombstones, many are miniature architectural marvels, embellished with exquisite marble and stone figures, or even phone-booth-size chapels, complete with stained-glass windows. Some of the standouts include:

* Héloïse and Abélard: These two legendary lovers actually existed, and their 12th-century remains were brought here in 1817, when the city built them this monument, which is covered by an openwork chapel taken from an abbey in southwestern France.

* Molière and La Fontaine: Although there was no romantic link, the celebrated playwright and noted fable writer were also brought here in 1817 and placed in nearby sarcophagi, both of which stand appropriately high on pillars. If the authenticity of the remains is in doubt, they still make a fitting memorial to these two brilliant talents.

* Oscar Wilde: This huge stone monument is topped with a winged figure that resembles an Aztec deity. It’s an elegant homage to the brilliant writer, who died a pauper in Paris in 1900. For many years it was covered in lipstick kisses, which eroded the stone, hence today’s protective see-through barrier.

Celebrity graves can be hard to find, so a map is essential. You can find one at the newsstand at the exit of Père Lachaise Métro or use the one in this book. The website also has good maps, as well as the Paris municipal site: www.paris.fr (search for “Père Lachaise”). Note: Entry is via the gate opposite rue de la Roquette; the other entrances are generally closed.