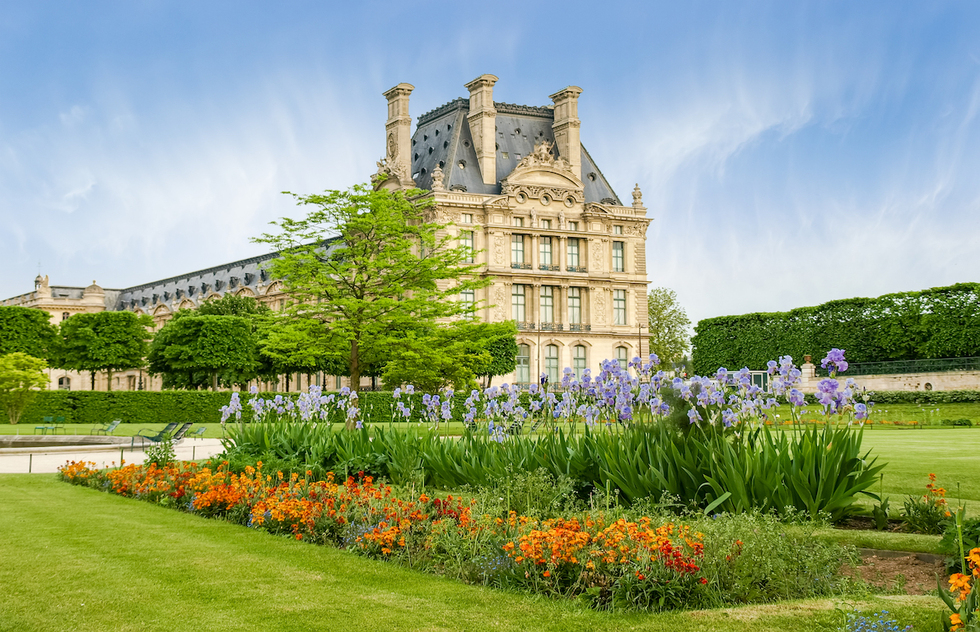 This exquisite park spreads from the Louvre to the Place de la Concorde. One of the oldest gardens in the city—and the first to be opened to the public—it’s also one of the largest. In the Middle Ages, a factory here made clay tiles (tuiles), a word that was incorporated into the name of the palace that Catherine de Médicis built at the far end of the Louvre in 1564. Such a grand palace needed equally splendid Italian gardens; later in the mid-1600s, Louis XIV had master landscape artist André Le Nôtre—the man behind the gardens of Versailles—give them a more French look. Le Nôtre’s elegant geometry of flowerbeds, parterres, and groves of trees made the Tuileries Gardens the ultimate stroll for well-to-do Parisians.

Though the Tuileries Palace burned down during the Paris Commune in 1871, the landscaping lived on. During World War II, furious fighting went on here, and many statues were damaged. Little by little in the post-war years the garden put itself back together. Seventeenth- and 18th-century representations of various gods and goddesses were repaired, and the city added new works by modern masters such as Max Ernst, Alberto Giacometti, Jean Dubuffet, and Henry Moore. Rodin’s The Kiss and Eve are here, as well as a series of 18 of Maillol’s curvaceous women, peeking out of the green labyrinth of hedges in the Carousel Gardens near the museum.

Pulling up a metal chair and sunning yourself on the edge of the large fountain in the center of the gardens (the Grande Carrée) is a delightful respite for tired tourists after a day in the Louvre.