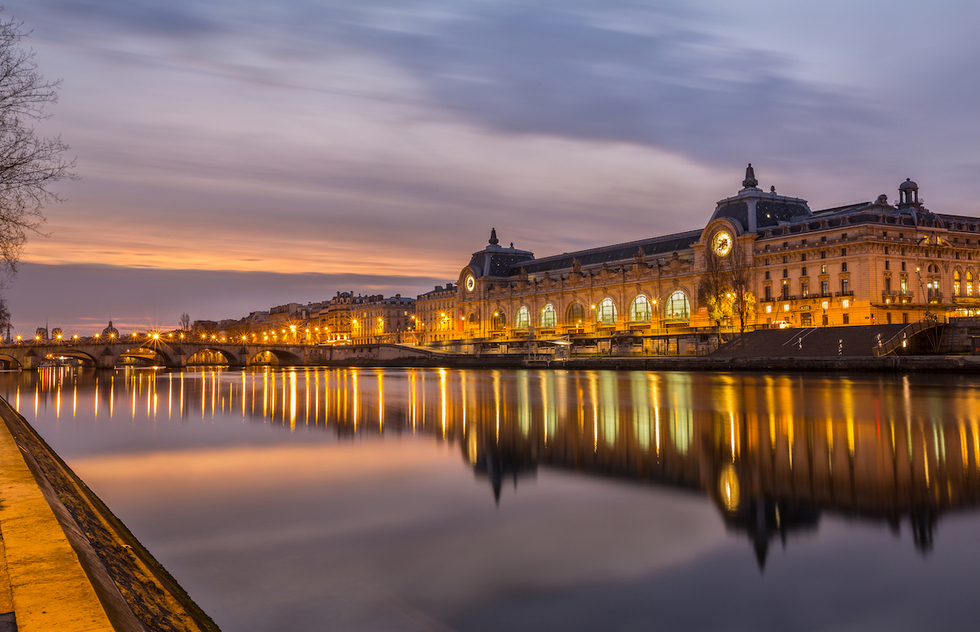 What better setting for a world-class museum of 19th-century art than a beautiful example of Belle Epoque architecture? The magnificent Gare d’Orsay train station, built to coincide with the 1900 World’s Fair, has been brilliantly transformed into an exposition space. The huge, airy central hall lets in lots of natural light, which has been artfully combined with artificial lighting to illuminate a collection of treasures that were once scattered among the Louvre and the Musée National d’Art Moderne collections.

The collection spans the years 1848 to 1914, a period that saw the birth of many artistic movements, such as the Barbizon School and Symbolism, but today it is best known for the emergence of Impressionism. Seeing them all together in one place makes it instantly obvious what a fertile time this was. All the epoch’s superstars are here: Monet, Manet, Degas, Renoir, Cézanne, and Van Gogh.

The top floor is the home of the most famous Impressionist paintings, like Edouard Manet’s masterpiece, Le Déjeuner sur l’Herbe. Though Manet’s composition of bathers and friends picnicking on the grass draws freely from those of Italian Renaissance masters, the painting shocked its 19th-century audience, which was horrified to see a naked lady lunching with two fully clothed men. Manet got into trouble again with his magnificent Olympia, a seductive odalisque stretched out on a divan. There was nothing new about the subject; viewers were rattled by the unapologetic look in her eye—this is not an idealized nude, but a real woman, and a tough cookie, to boot.

The middle level is devoted to the post-Impressionists with works by artists such as Gauguin, Seurat, Rousseau, and Van Gogh, like the latter’s Church at Auvers-sur-Oise, an ominous version of the church in a small town north of Paris where he moved after spending time in an asylum in Provence. This was one of some 70 paintings he produced in the 2 months leading up to his suicide.

A few other standouts:

* Renoir’s Dance at Le Moulin de la Galette, Montmartre: The dappled light and the movement of the crowd in this joyous painting are such that you wonder if it’s not going to suddenly waltz out of its frame. The blurred brushstrokes that created this effect rankled contemporary critics.

* Monet’s La Gare St-Lazare: Here is another train station when steam engines were still pulling in on a regular basis. The metallic roof of the station frames an almost abstract mix of clouds and smoke; rather than a description of machines and mechanics, this painting is a modern study of light and color.

* Gauguin’s The White Horse: The horse isn’t even really white, but you don’t care when you gaze at Gauguin’s Tahitian version of paradise. Not everyone was charmed by the artist’s use of vibrant color: The pharmacist who commissioned the painting refused it because the horse was too green.

Sculptures and decorative arts are also on display here, including a remarkable collection of Art Nouveau furniture and objects. Photo fans will appreciate the fine examples of early photography, including Félix Nadar’s portrait of Charles Baudelaire; there are also some interesting works by nonphotographers like Edward Dégas and Emile Zola.