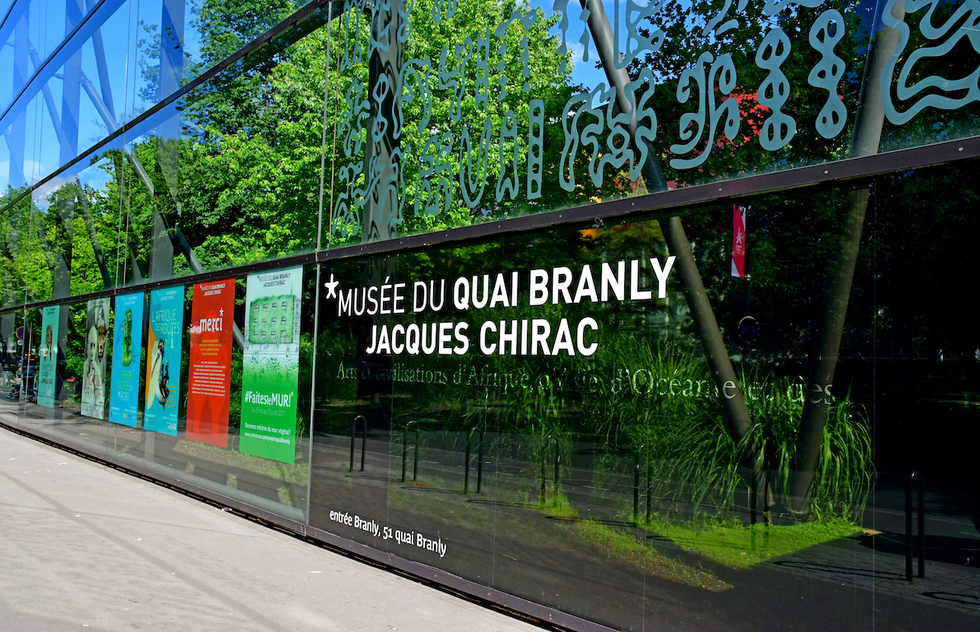 Just a few blocks from the Eiffel Tower, this museum’s wildly contemporary design has forever changed the architectural landscape of this rigidly elegant neighborhood. Its enormous central structure floats on a series of pillars, under which lays a lush garden, which is separated from the noisy boulevard out front by a huge glass wall. Looking up from the garden level, the museum looks a little like the hull of a container ship, with its rust-colored body and oddly stacked “boxes” sticking out from its sides. However you feel about the outside, you cannot help but be impressed by the inside: The vast space is filled with exquisite examples of the traditional arts of Africa, the Pacific Islands, Asia, and the Americas. Designed by architect Jean Nouvel, it makes an ideal showcase for a category of artwork that has too often been relegated to the sidelines of the museum world.

This magnificent collection is displayed in a way that invites visitors to admire the skill and artistry that went into the creation of these diverse objects. Delicately carved headrests from Papua New Guinea in the form of birds and crocodiles vie for attention with intricately painted masks from Indonesia. There’s a selection of giant wooden flutes from Papua New Guinea, “magic stones” from the island nation of Vanuatu, Australian aboriginal paintings, an extensive Asian art section, and an African collection that includes embroidered silks from Morocco, geometric marriage cloths from Mali, and wooden masks from the Ivory Coast. The Americas collection includes rare Nazca pottery and Inca textiles, as well as an intriguing assortment of North American works, such as Haitian voodoo objects, Sioux beaded tunics, and a huge totem pole from British Columbia, Canada. Though some documentation is translated in English, audioguides (5€) are a big help for non-French speakers.