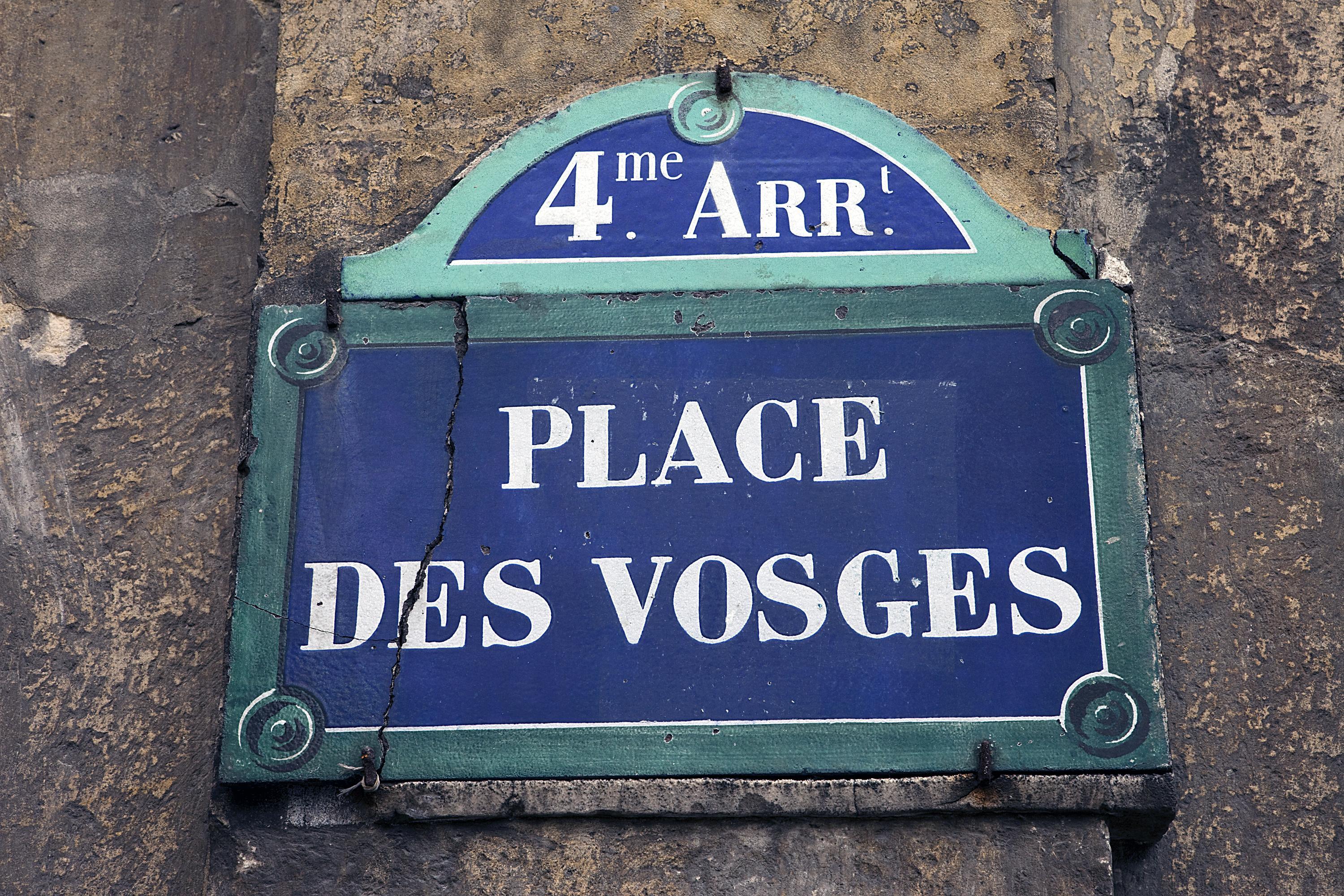 Possibly the prettiest square in the city, the Place des Vosges combines elegance, greenery, and quiet. Nowhere in Paris will you find such a unity of Renaissance-style architecture; the entire square is bordered by 17th-century brick town houses, each conforming to rules set down by Henri IV himself, under which run arched arcades. In the center is a garden with a geometric arrangement of lush lawns, fountains, and trees. At the epicenter is a huge equestrian statue of Louis XIII, during whose reign (1610–43) the square enjoyed a golden age of festivals and tournaments. But it was a tournament in a previous century that proved pivotal to the creation of this square. In the 16th century, a royal palace called the Hôtel des Tournelles stood on this site. In 1559, an organized combat was held there, during which the current monarch, feisty Henri II, defeated several opponents. Feeling pleased with himself, he decided to fight Montgomery, the captain of his guard. A badly aimed lance resulted in Henri’s untimely death; his wife, Catherine de Médicis, was so distraught she had the palace demolished. His descendant, Henri IV, took advantage of the free space to construct a royal square. Over the centuries, a number of celebrities lived in the 36 houses, including Mme. de Sévigny and Victor Hugo (now the Maison de Victor Hugo). Today the homes are for the rich, as are many of the chic boutiques under the arcades, but the park, the fountains, and the children’s playground are for everyone.