Things to Do in Portland ME 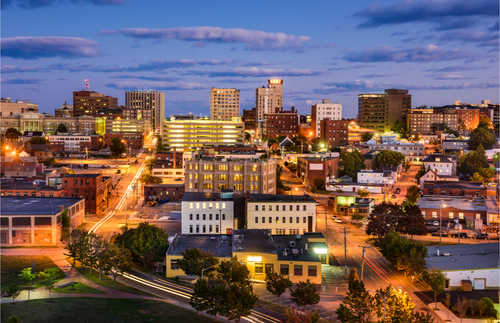 Urban amenities, lively street culture, and a dense concentration of the East Coast’s most lauded restaurants—all in a town you can bike end-to-end in 20 minutes. That’s what draws transplants and travelers alike to Maine’s biggest city (still fewer than 70,000 souls), which radiates out from a hammerhead-shaped peninsula extending into glittering Casco Bay.

If you came to Maine for bucolic coastal seclusion, you might be tempted drive right past on I-295, admiring the skyline at 60 miles an hour. But you’d be missing out on one of the country’s most vibrant up-and-coming small metros.

Portland is worth at least an afternoon’s detour, and even a weekend (or a week) isn’t too much time to spend here. This historic city has plenty of charm—not only in the Old Port, with its brick sidewalks and cobblestone streets, but in several lovely residential neighborhoods of striking views and architecture. You can catch a quick ferry to an offshore island, browse boutique shops, snap photos of historic homes; crack lobsters, walk empty beaches, and pose beside lighthouses; and top off your day with top-shelf food and drink.

advertisement
Portland is now a sort of culinary mecca, blessed with an uncommonly high number of excellent restaurants, craft breweries and distilleries, micro-roasteries, and so on for a city its size. And there’s a salty tang to local culture that you’ll occasionally still glimpse in the waterfront bars and chowder houses.

Actually, it feels more like a large town than a small city. Strike up a conversation with a resident, and you’re likely to get an earful about how easy it is to live here (this despite rents and home prices that have steadily risen with Portland’s burgeoning cachet). You can enjoy acres of trails and parkland, see art-house movies, and get good Vietnamese or Thai food to go. Traffic isn’t bad at all.

Like most New England cities, Portland has been forced to reinvent itself every couple of generations as economic and cultural trends overturn old paradigms. The city was a center for maritime trade in the 19th century, when a forest of ship masts obscured the view of the harbor. It’s been a manufacturing hub, with locomotive factories, steel foundries, and fish-packing plants.

It’s been a mercantile center, with impressive downtown department stores and a slew of wholesale dealers. The post-recession years have seen a rapid wave of revitalization (or gentrification, depending who you ask) all across town. Drawn by its big-city perks and comparatively inexpensive standard of living, urban expats from other East Coast metros have descended on the Forest City (including enough creative-class former Brooklynites to engender the nickname “Portlyn”).

Office space is in short supply these days, old warehouses and industrial properties are becoming sought-after real estate, and there’s a brisk urban vitality that often eludes much bigger cities. A recent wave of immigration from Africa and Asia has given the place a shot in the cultural arm; Portland’s art museum would be outstanding in a community five or ten times its size; new coffee shops seem to open daily; and a downtown arts college brings a youthful spirit to the streets. Best of all, there’s always an offshore island to escape to when cruise ships on the waterfront unload a few too many fellow tourists for your taste.
advertisement
advertisement