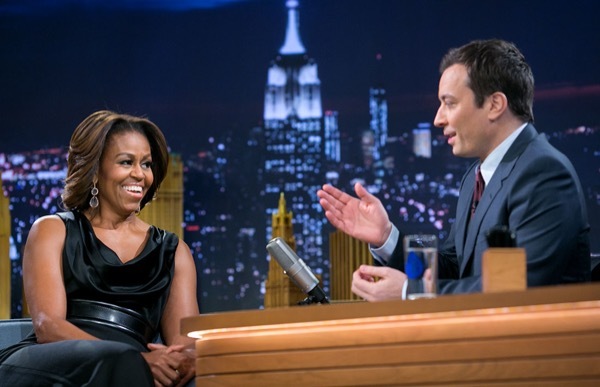 How to Get Tickets to SNL, Jimmy Fallon, and Other NYC TV Shows

The trick to getting tickets for TV tapings in New York City is to be from out of town. Visitors have a much better chance than New Yorkers, in part because producers see everybody who's not from New York as being from the heartland—and therefore their target TV audience.

If you're set on getting tickets to a show, you’ll likely be spending some time on 1iota.com, the site that manages most of the ticketing for major shows. Tickets are always free. When you send in your online request, don't be surprised if you don’t find out that your tickets have been granted until shortly before the tape date.

If you come to town without any tickets, all is not lost. Because they know that every ticket holder won't make it, many studios give out a limited number of standby tickets on the day of taping. If you can just get up a little early and don't mind standing in line for a couple hours (or more), you have a good chance of snagging a seat. And we do mean a single seat. Only one standby ticket per person is allowed, so everybody who wants to get in has to get up at the crack of dawn and stand in line. And even if you get your hands on a standby ticket, it doesn't guarantee admission; standbys aren't usually seated until after the regular ticket holders are in. Still, chances are good.

And remember: You don't need a ticket to stand on Rockefeller Plaza in front of the Today show studios. 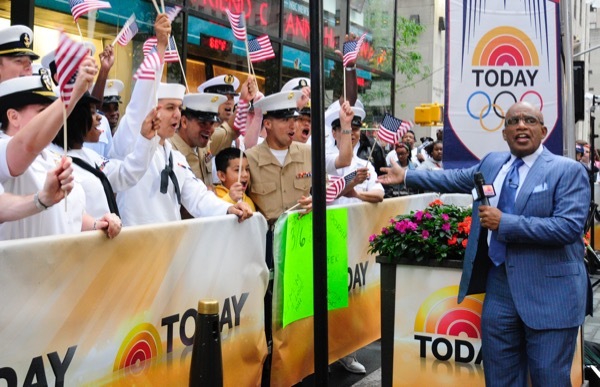 Official Navy Page/Wikimedia Commons
The Today Show
Anybody can be on TV with Savannah Guthrie, Al Roker, and the rest of the gang. All you have to do is show up outside Today's glass-walled studio at Rockefeller Center, on the corner of 49th Street and Rockefeller Plaza, with your HI, MOM! sign. RSVP online at visit.today.com to speed up the check-in process. Tapings are Monday through Friday from 7–11am, but come at the crack of dawn if your heart's set on being in front. Who knows? If it's a nice day, you may even get to chat with the hosts in a segment. Come extra early to attend a Friday Summer Concert Series show. 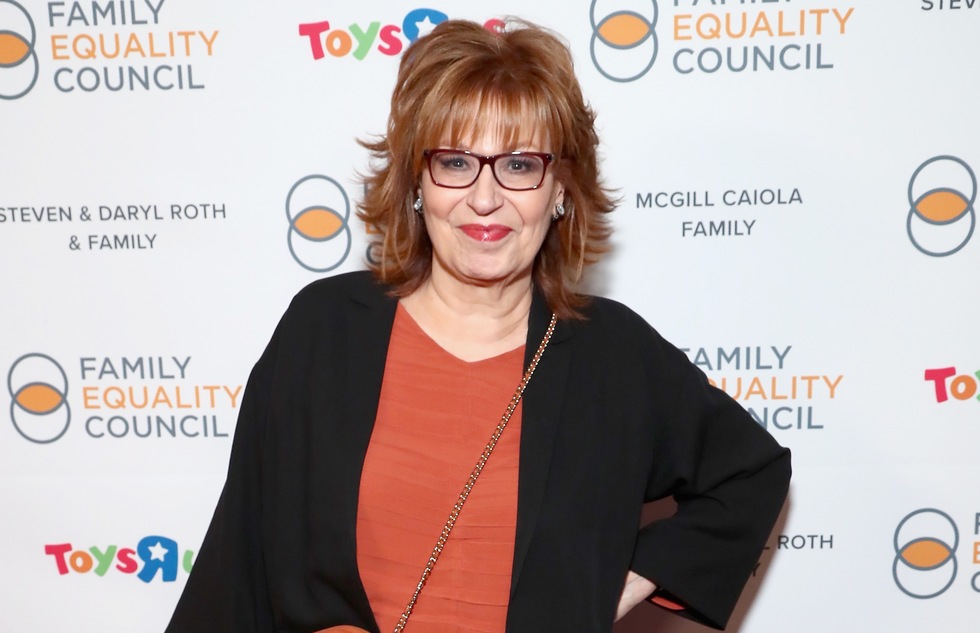 Family Equality
The View
ABC's hugely popular gabfest tapes live Monday through Thursday at 11am. Ticket holders must arrive by 9:30am. Requests for seats can be submitted online. If the dates you want aren't available, try standby. Arrive at the studio (57 West 66th St.) between 8 and 9am to pick up a number. Earlier is better, as tickets are handed out on a first-come, first-served basis. You must be 16 or older to attend. 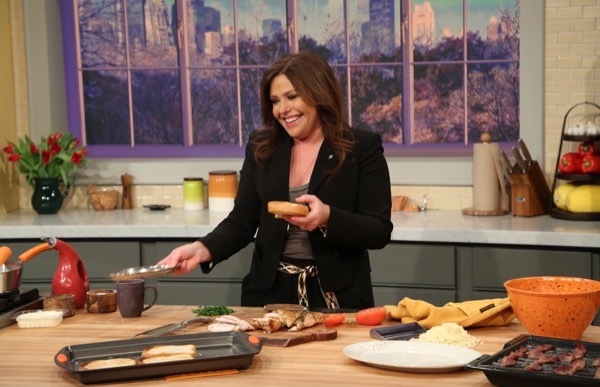 David M. Russell/The Rachael Ray Show
The Rachael Ray Show
Request tickets on the bubbly talk show host's website. Demand is high, though, and you may be in for a long wait. Arrival time for the morning show is 10:00 a.m. For the two afternoon shows, arrive at 1:30 p.m. and 3:15 p.m respectively. When it's in production, the show tapes three times a day on Tuesdays, Wednesdays, and Thursdays at Chelsea Television Studios (221 West 26th Street between 7th and 8th Ave). You must be over 16 years old to attend a taping, and bring a valid photo ID. There's a rather detailed dress code (no capris! no sequins!). You can also stop by on the day of taping to see if standby tickets are available. The arrival time to receive a standby voucher is 10:00 a.m. (for the 11:00 a.m. taping) 12:00 p.m. (for the 1:30 p.m. taping) and 3:15p.m. (for the 4:15p.m. taping). 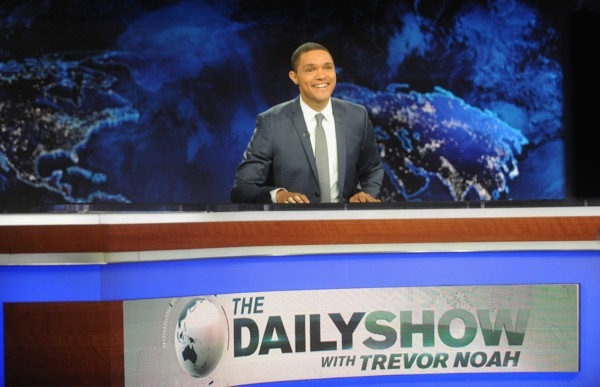 Brad Barket/The Daily Show
The Daily Show with Trevor Noah
Tapings are Monday through Thursday at 5:45pm at 733 11th Ave. Arrive at 4:30 if you have a ticket. You must be 18 or older to attend. Use the online ticket reservation system at this link to request up to three general admission guaranteed tickets. General admission not guaranteed tickets (The Daily Show's version of standby) are also available at the website above and are distributed on 52nd St. alongside the studio at 5pm on a first-come, first-served basis. 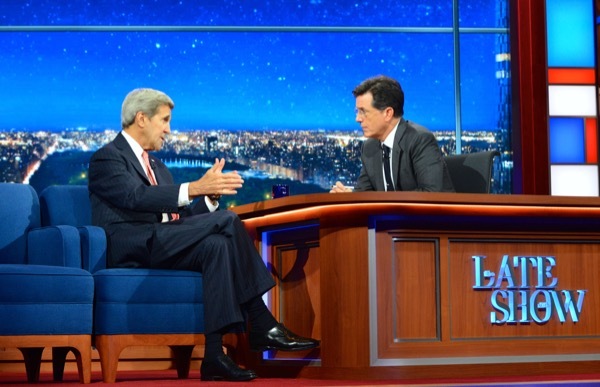 US Department of State/Wikimedia Commons
The Late Show with Stephen Colbert
Here's one of the most in-demand TV tickets in town. Submit ticket requests at least one month in advance at Colbert.1iota.com. You will be notified by email if your request is fulfilled. There is no longer a standby ticket option, so cross your fingers! Tapings are Monday–Wednesday at 4:30pm and Thursday at 5:00pm. Arrive about two and a half hours in advance if you have tickets to ensure that you get in, as all shows are overbooked. You must be 16 or older to attend. 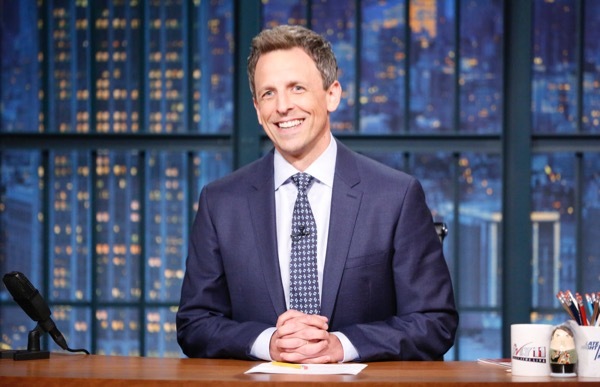 Lloyd Bishop/NBC
Late Night with Seth Meyers
Tapings are Monday through Thursday at 6:30pm. Plan on arriving at 4:45pm if you have tickets. You must be 16 or older to attend. You can request up to four tickets in advance at  1iota.com, where you will join an online waitlist. If you receive the tickets, you will be notified by email. Standby tickets are distributed on the day of taping at 9am outside 30 Rockefeller Plaza on 49th Street (beginning at the Late Night sign), on a first-come, first-served basis. 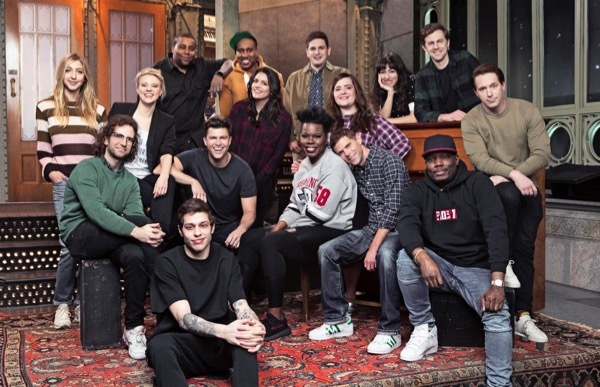 Mary Ellen Matthews/NBC
Saturday Night Live
SNL broadcasts are Saturday at 11:30pm (arrival time 10:45pm). There's also a full dress rehearsal at 8pm (arrival time 7:15pm). You must be 16 or older to attend. Here's the catch: Email requests (snltickets@nbcuni.com) are taken only in August and the odds are always long. You can try for standby tickets on the day of the taping. They're distributed at 7am outside 30 Rockefeller Plaza, on the 48th Street side of the building, on a first-come, first-served basis. Only one ticket per person will be issued. 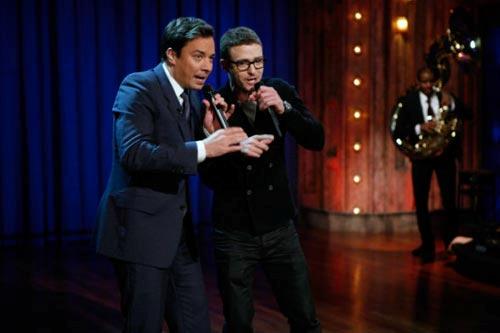 Lloyd Bishop
The Tonight Show Starring Jimmy Fallon
Hang out with Jimmy, The Roots, and a star-studded lineup of guests. Tapings take place every weekday at 5pm (arrive by 3:45), and you must be 16 or older to attend. Request free tickets online at fallon.1iota.com about a month in advance. Tickets for each month are typically released the first week of the month before. To better your chances, check @FallonTix, the show’s official ticketing Twitter account, to find out exactly when the new batch of tickets will go up. When you apply for tickets, you will be placed on a waitlist and notified at least two weeks before taping if your request has been fulfilled. You can also try for tickets to watch Jimmy’s monologue rehearsal.
Arts and Culture
News
Single
Student
Women