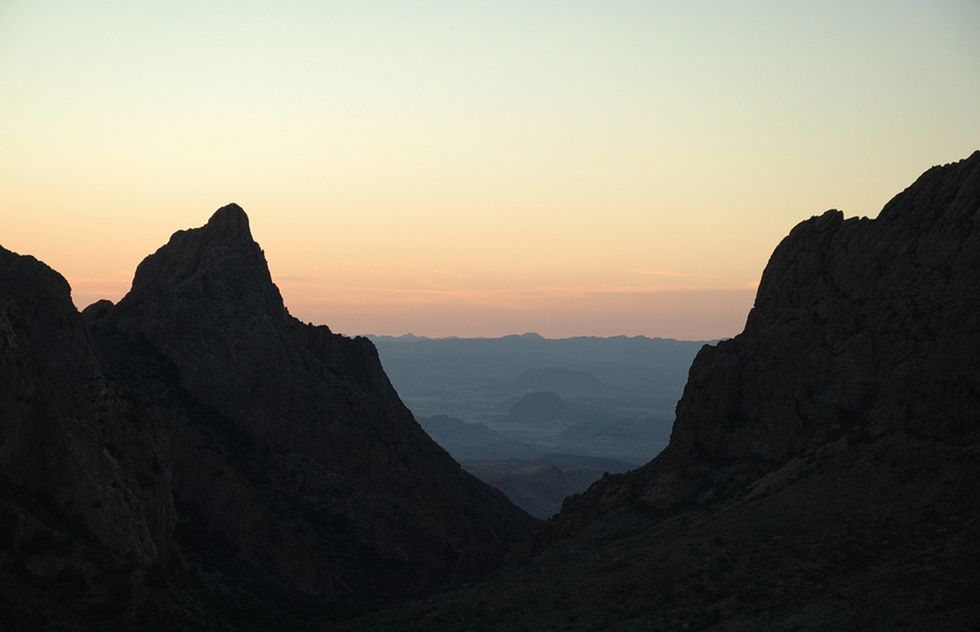 12 of America’s Most Overlooked National Parks

Yellowstone, Grand Canyon, and Yosemite are well-known for their striking landscapes and their reputations attract millions of visitors every year. But sometimes it’s hard to truly enjoy nature alongside thousands of your closest friends. We asked the authors of our guide Frommer’s EasyGuide to National Parks of the American West to give us the scoop on which U.S. national parks are just as good at delivering some of the country’s best sights—but without the crowds. 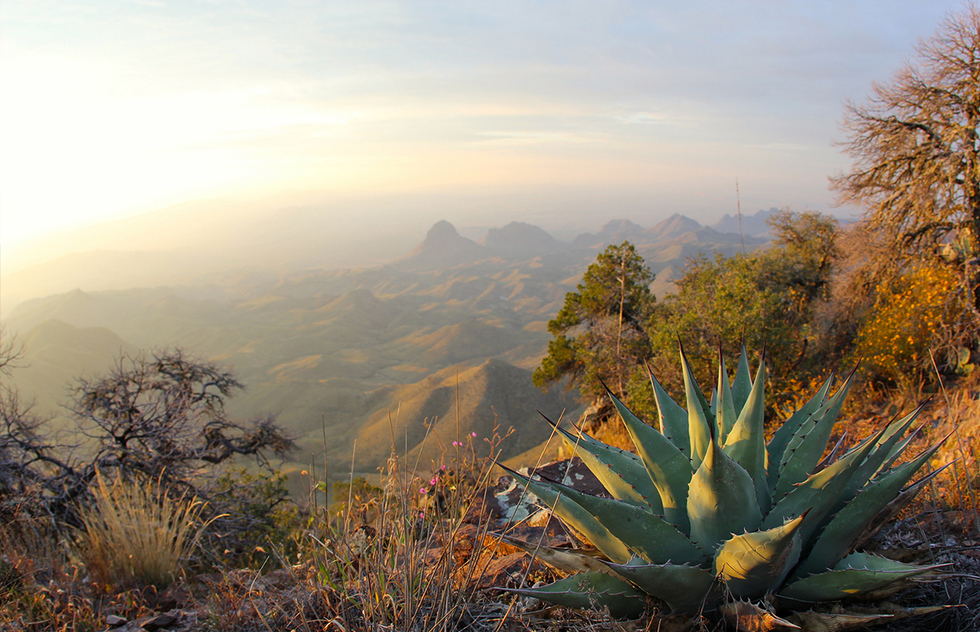 It’s truly like they say: Everything’s bigger in Texas. The 800,000-square-acre Big Bend National Park, which sits on the border with Mexico along the Rio Grande river, is the largest protected region of the Chihuahuan Desert in the U.S. "Because it is way down south in Texas, the wildlife and plants that are there are ones you don’t see in most of the United States," says Frommer’s author Don Laine.

The park mostly attracts hikers and backpackers eager to spy that unique flora and fauna, such as the bluebonnets that bloom in the springtime and the roaming javelinas (wild pigs with sharp tusks, aptly named after the Spanish word for javelin). For the best sunset view or photo op, hike through the Chisos Basin trail to The Window, a v-shaped rock formation in the Chisos Mountains that perfectly frames its panoramic view of the desert. 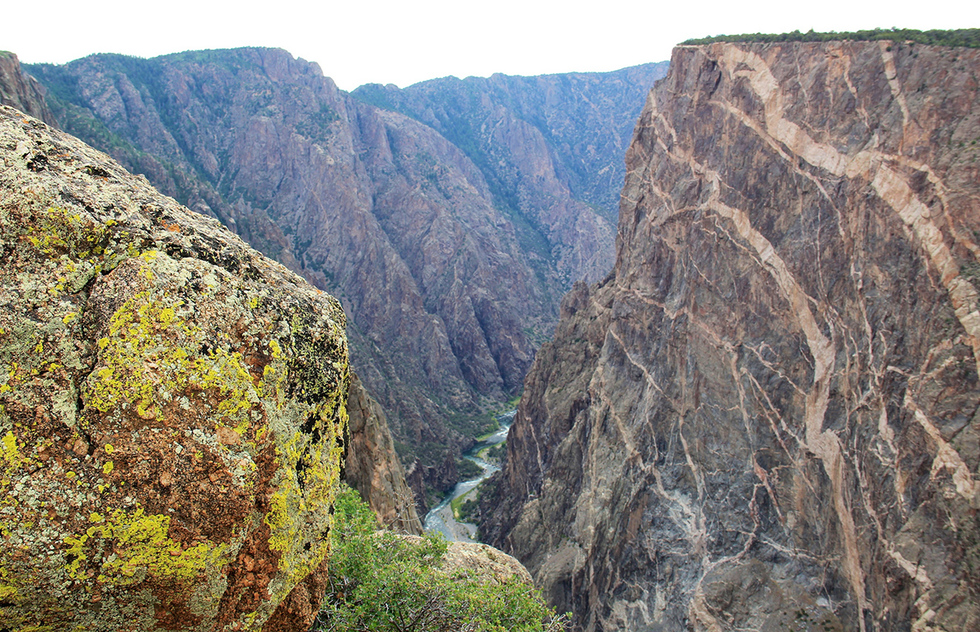 This Colorado landmark will satisfy your canyon craving without all the hordes at Grand Canyon blocking your view—plus it supplies its own eye-popping features. The Black Canyon is almost five times steeper than its Arizona rival, making it the fifth-steepest mountain descent in North America. While this national park (just an hour-and-a-half southeast of Grand Junction) has several hiking trails, some of the best landscapes are viewed by car. We suggest taking the South Rim road to Tomichi Point. It’s the first wide view of the Canyon once you enter the park, and the drive has plenty of viewpoints worthy of stops along the way.

"The Painted Wall is probably the most dramatic spot," recommends our author Jack Olson. This striped wall of the canyon looks like an artist carefully brushed on the rock striations. With narrow, 2,000-foot-tall walls that are almost vertical, the park is also a popular attraction for experienced rock climbers—just don’t look down. 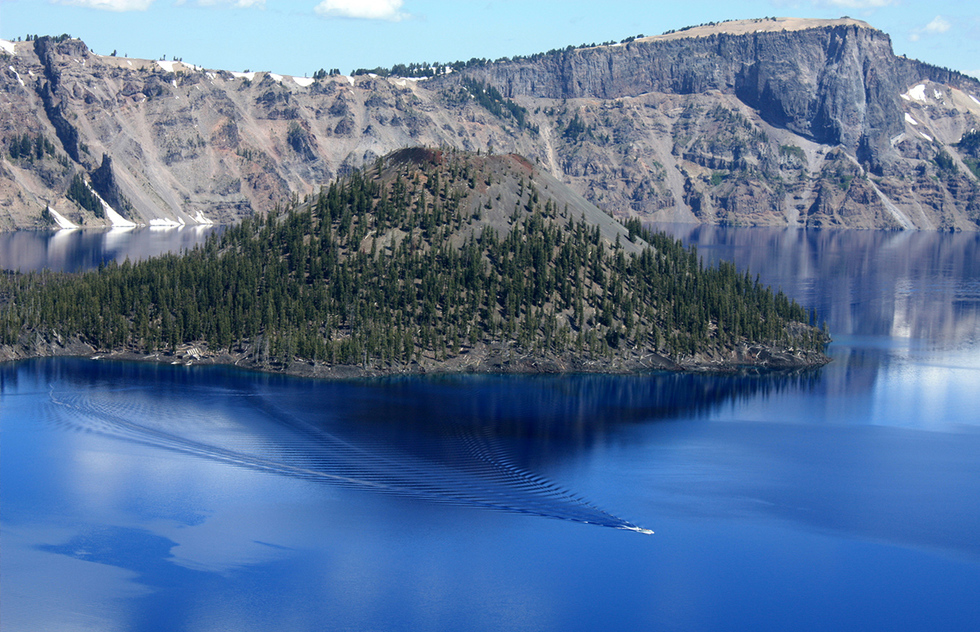 Considering it’s the deepest lake in the U.S., it’s hard to imagine why so many people overlook Crater Lake. This southern Oregon park is unique for its clear blue waters and explosive history: "There was a massive volcano that blew up and created the lake’s crater, then later on, the island formed from a smaller volcano that’s blown up as well," says Frommer’s author Eric Peterson. "It’s kind of like a volcano within a volcano."

To see this marvel for yourself, hop on a boat tour run by a park ranger to Wizard Island, the cinder cone in the middle of the lake. Not only is it the easiest way to access the mini volcano, but you’ll also receive loads of information about geological history that you wouldn’t otherwise get—plus, the view’s not bad either. 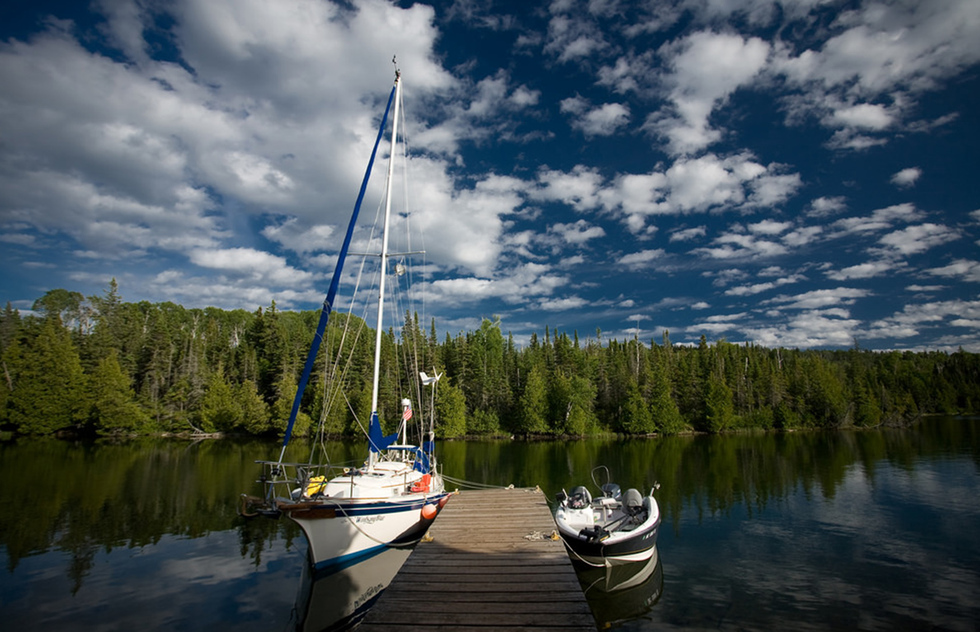 If you’re looking for an isolated, rugged park experience, Isle Royale is just the fix. Off the coast of Michigan’s upper peninsula, the park encompasses the largest island in Lake Superior—as well as 400 other small islands—and is home to a large moose and wolf population. The terrain is mostly untamed, with more than 98 percent of the land designated to wilderness.

More people visit Yosemite in a day than visit Isle Royale all year, and while the average stay at any national park is four hours, visitors to this Michigan escape stay on average for three and a half days. You’ll need that time to hike the 40-mile Greenstone Ridge trail, which takes you along the entire length of the main island. If water exploration is your thing, grab some scuba gear and explore the most intact shipwrecks out all of the national parks. Due to extreme weather conditions, Isle Royale is the only national park to fully close during the winter, so plan a visit between mid-April and October, though we recommend visiting during summer's peak swimming temperatures. 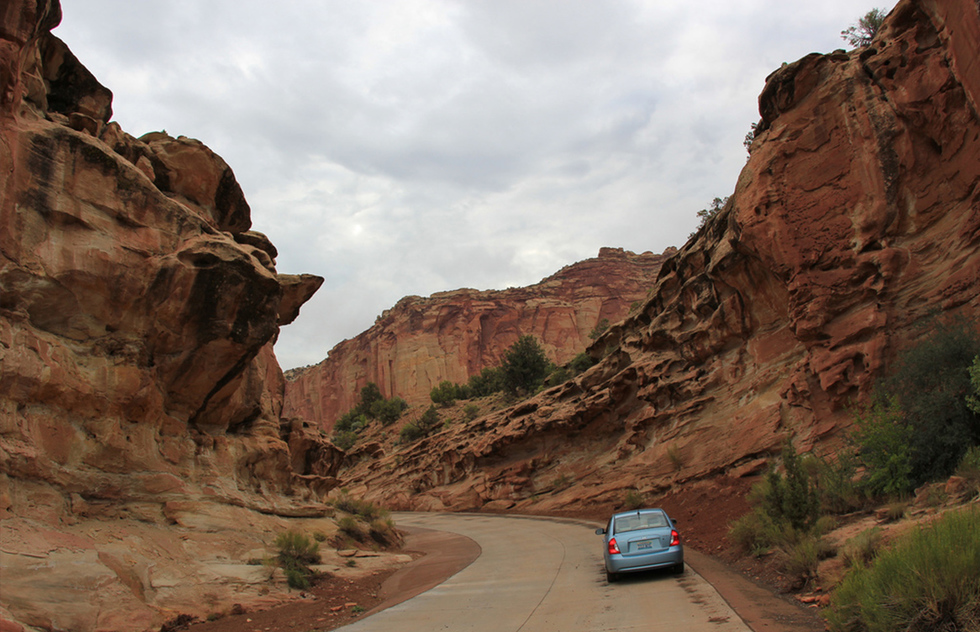 With four higher-profile national parks in Utah, visitors headed straight toward the bigger names. "A lot of people are driving on the Utah 24, maybe to Bryce or Zion, and they go right through it," says Olson. But really, the red rock Capitol Reef in the state’s southeast shouldn’t be hard to miss. This national park is long and narrow, around 60 miles long and 6 miles wide.

Near the visitor’s center, make sure to visit the Fruita Orchard, where you can pick and eat cherries, apples, plums, and other seasonal fruit. Once you venture deeper, you’ll feel transplanted back in the Old Wild West as you pass the Cassidy Arch—the park was one of the favorite hideouts of the famous outlaw Butch Cassidy. And if you’re wondering where the park got its name, look to the white sandstone horizon—the Capitol Dome formation has a striking resemble to the United States Capitol building in D.C.

Not too far from Capitol Reef, but harder to get to, is Great Basin National Park. It’s location in the middle of remote east-central Nevada deters many, but if you love caves and are looking for somewhere under-the-radar, its Lehman Caves are worth the trip. The diverse park is also well-known for its above-ground plant life because it’s also home to the oldest known living tree, the 5,000-year-old Great Basin Bristlecone Pine.

For a colorful view, Olson suggests visiting in the late autumn: "The aspens up there turn bright gold and it can be really beautiful with fall pictures." 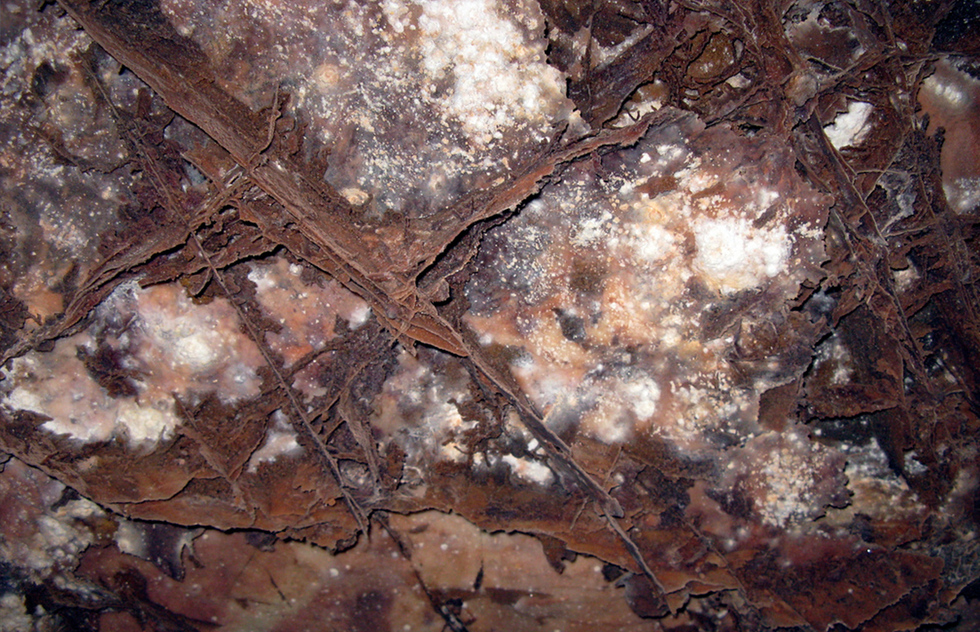 Besides being the world’s densest and most complex cave system, Wind Cave is surprisingly famous for its ceilings. When you look up, you’ll know why. This park, one hour south of Mount Rushmore, has 140 miles of passageways covered in "boxwork," a rare honeycomb pattern formed by dissolved calcite. Out of all the boxwork formations on earth, 95 percent of them can be found here. That alone makes Wind Cave a worthwhile alternative to South Dakota’s more crowded Badlands park.

And if you’re worried about missing out on the Badlands’ landscapes, fear not. Wind Cave also includes American’s largest mixed-grass prairie, which makes for easy bison, elk, and prairie dog spotting. 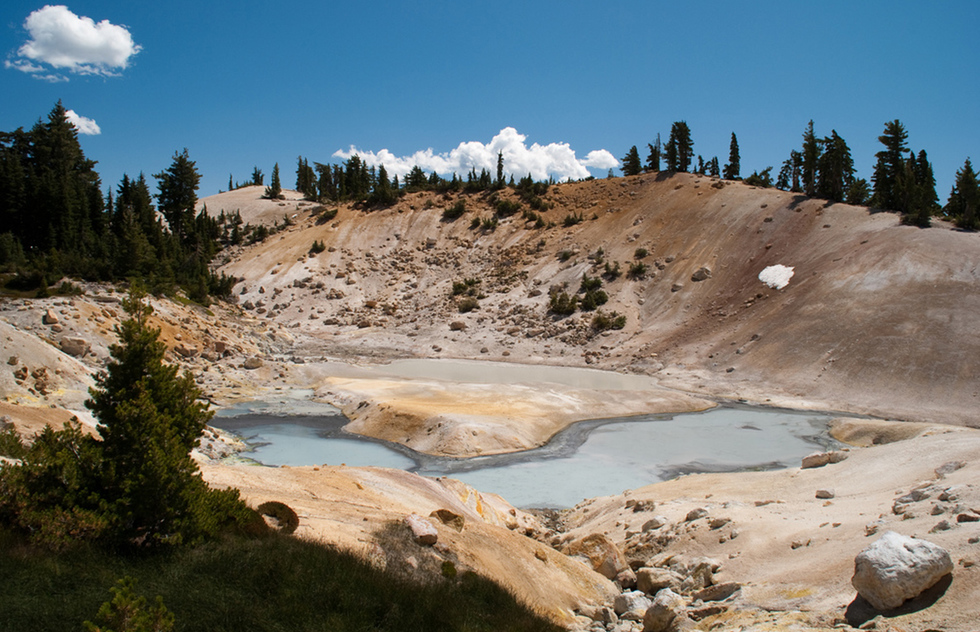 To beat the crowds at Yellowstone, head west to Lassen Volcanic, one of California’s lesser-known parks. "Because it’s volcanic and it’s got the same origins as Yellowstone, you’ve got some of the same things. You’ve got hot springs and bubbling mud and all of that steam coming up," says Olson.

This northeastern California park is one of the few places on earth where you can find all four types of volcano—shield, composite, cinder cone, and plug dome—which is a feature Yellowstone can’t even boast. Its main attraction, Lassen Peak, is the world’s largest plug dome volcano and its 1915 eruption makes it one of the most actively explosive sights in the country. 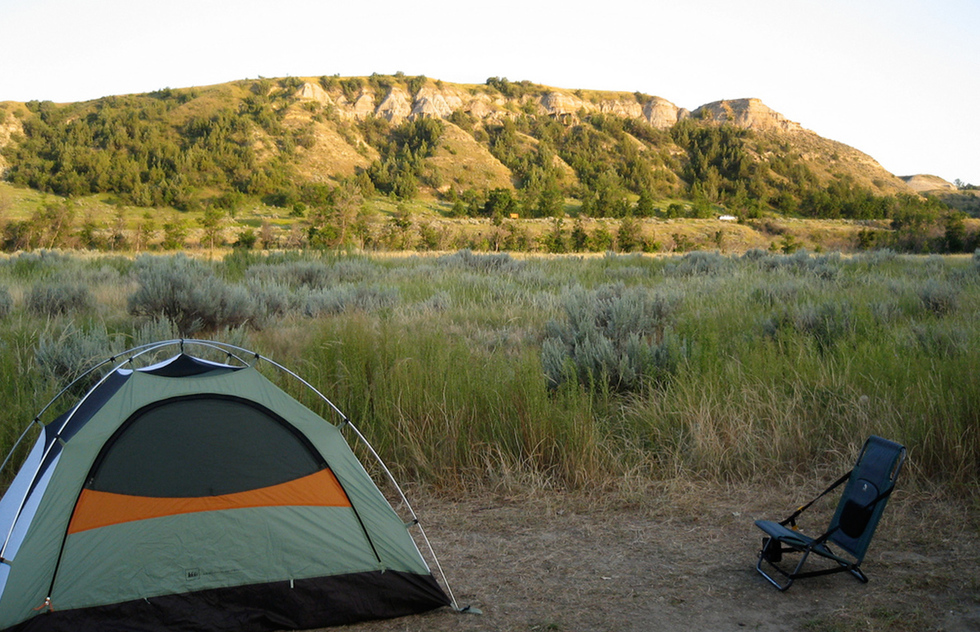 Teddy Roosevelt once said, "I would not have been president had it not been for my experience in North Dakota." Roosevelt retreated to these western Dakota plains in the 1880s to recover from the simultaneous death of his wife and his mother. Here, on land that was later named for him, he discovered his appreciation for America’s natural resources and his passion for conservation.

You can visit Roosevelt’s historic Elkhorn Ranch cabin, where his writing desk is on display, but the biggest draw to this park is the wildlife. You’ll spy bison, elk, bighorn sheep, and other Great Plains dwellers. Maybe you’ll be inspired too. 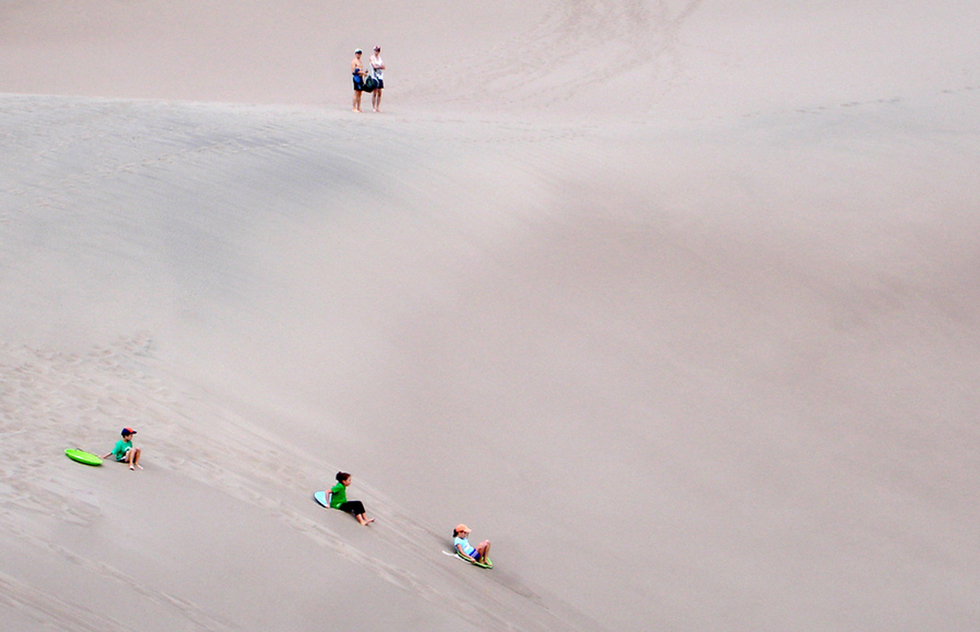 For some physical activity the entire family can enjoy, head over to the Great Sand Dunes. "What’s neat about the Sand Dunes is the fun people have going in them," says Olson. The park is home to the tallest sand dunes in North America, hidden away in Colorado’s San Luis Valley, and a recent soundscape study deemed it the quietest national park in the lower 48.

Great Sand Dunes is basically a giant relaxing sandbox. Visitors of any skill level can enjoy sand sledding and sandboarding, then cool down in the Medano Creek. And at night, the dry air, low light pollution, and high elevation make for one of the darkest, clearest night skies you’ll ever see—a perfect recipe for stargazing. 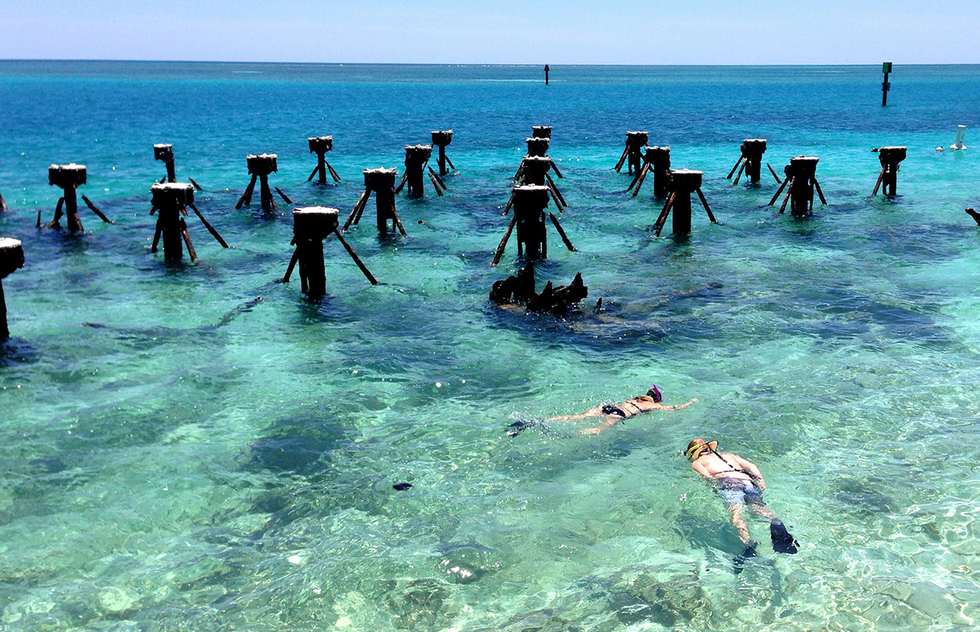 Don’t let the name fool you: You aren’t going to want to stay dry long at this park, which is found 70 miles east off the coast of Key West—in fact, the only way to get there is by a two-hour-long ferry. Seems like a strange place to call “dry," but this place was given that name on maps to warn sailors they would find no fresh water on its sandbar-like land.

The main attraction at this national park is the giant Civil War-era Fort Jefferson, which even in its still-unfinished state is the largest masonry structure in the Western hemisphere. It was here that Dr. Samuel Mudd was imprisoned for two years following his conviction as a co-conspirator in President Lincoln’s assassination. While this 100-square-mile park contains seven small islands, the majority of the park is open water—and that’s where its greatest secrets hide. Thanks to the park’s location far from development, its coral reefs are the least disturbed out of all the Florida Keys. Its extensive underwater caves and tunnels within the coral make for a precious destination for snorkelers and divers. 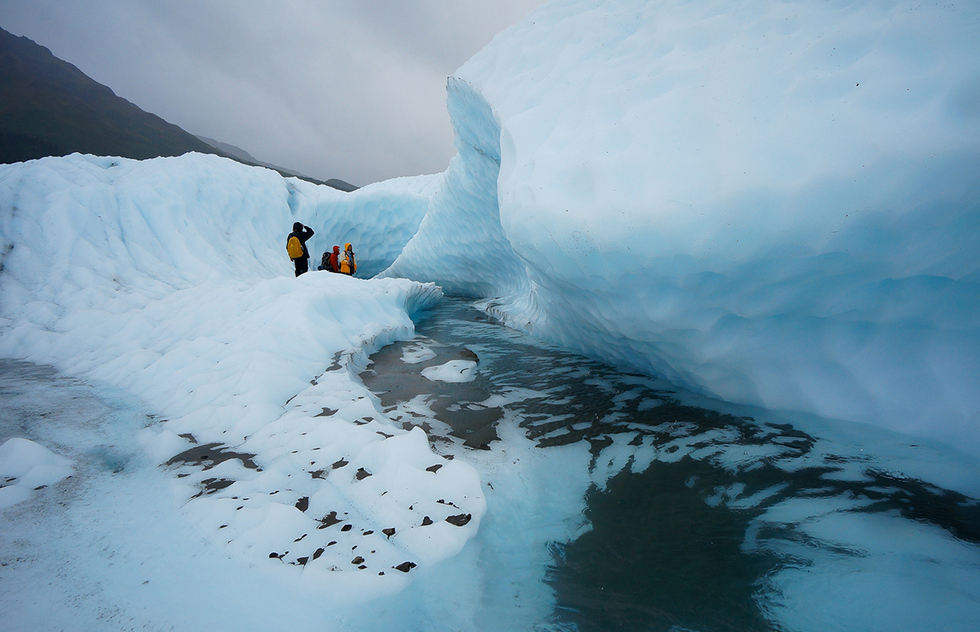 And last, but hardly least: America’s largest national park can be found on the southeast coast of Alaska. The Last Frontier State may seem like a daunting faraway destination to most of us, and that’s exactly what makes it a gold mine for under-appreciated national preserves. The state has eight major parks (California has nine), and they are spectacular.

Some of Wrangell–St. Elias's beautiful snowcapped mountains are actually volcanoes, including the active Mount Wrangell. For being so little-known, the park boasts some big stats: it contains the second-tallest mountain in the U.S. and Canada (Mount St. Elias, which straddles the border) and the world’s longest valley glacier (Nabesca Glacier, great for day hikes). But forget the numbers. This park is an off-the-beaten-path choice for adventurous hikers, mountain bikers, and sea kayakers. Are you up to the challenge?

You may also like our feature Tour Alaska On Your Own: Driving Its National Parks