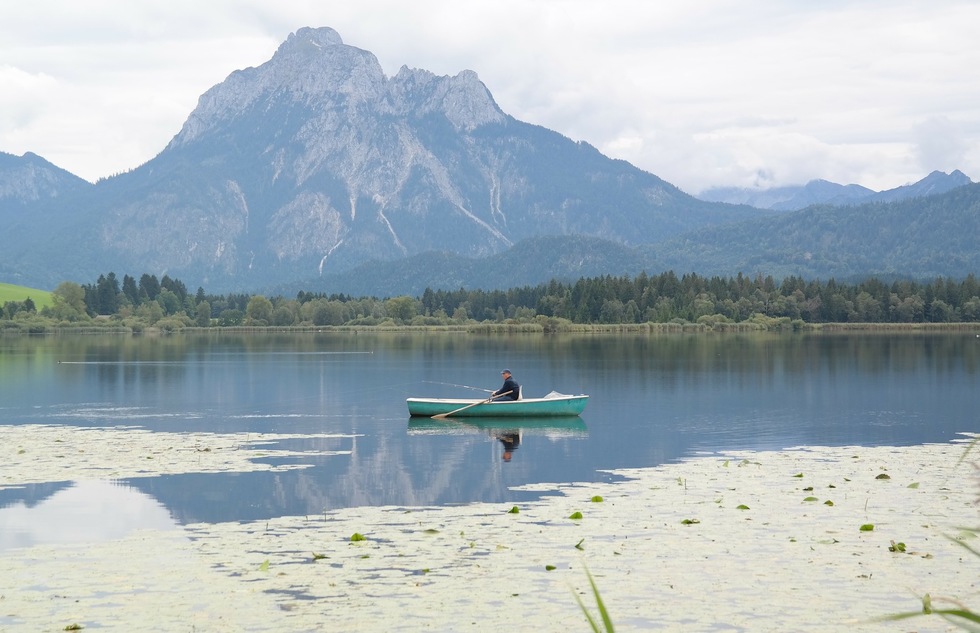 Listen to the Last Frontiers of Natural Quiet in North America

By Erica Bray
The whisper of the wind provided inspiration to the likes of Mark Twain and Henry David Thoreau. But if those authors were around today, they’d curse the manmade interruptions to nature's soundtrack. Even the expansive solace of the Grand Canyon is routinely punctured by the buzz of helicopter tours.

"Noise pollution is growing exponentially,” says Gordon Hempton, an audio ecologist who has spent more than 30 years collecting and studying sounds from all over the world. “There’s a real conversation that happens between us and nature that’s essential to our well-being,” he says, but these meaningful sounds are being “dumbed down” by manmade noise. As natural sound evangelists press to preserve quiet sanctuaries for future generations by working with national parks and advocating for laws akin to dark sky programs, Hempton has come up with a list of his own. He’s identified 12 spots that meet his criteria for “quiet”—which means being free from human noise for intervals of 15 minutes or longer. While he’s only publicly named three of them, he's helped us identify a handful of others where you can step away from the 24/7 chatter of civilization while soaking up what he calls the “solar jukebox” of nature. Listen to sound clips collected in each location and decide whether you'd like to escape to them. 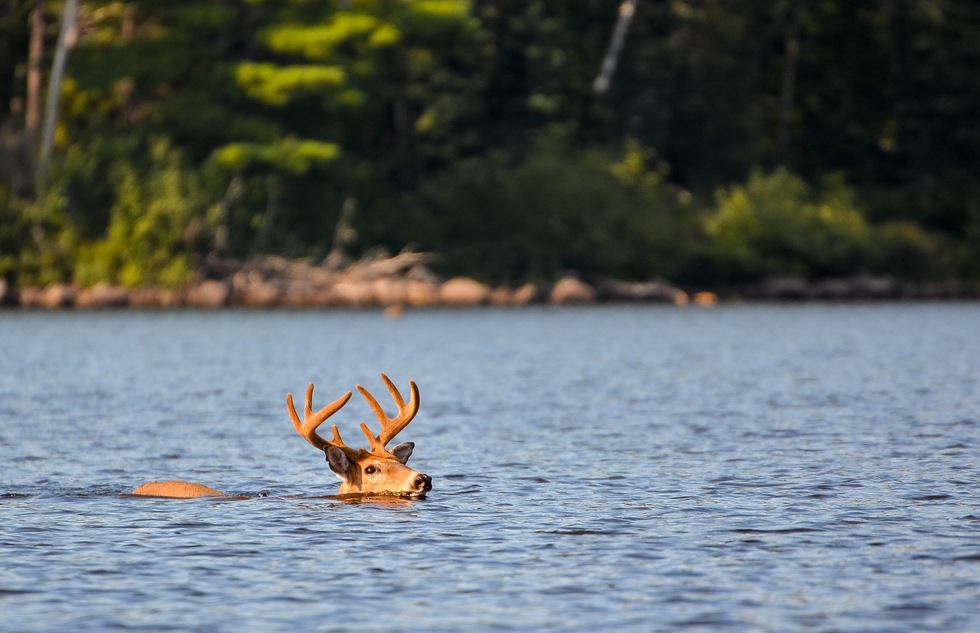 Explore Minnesota/Allison Herreid
Boundary Waters Canoe Area, Minnesota
This setting made Hempton’s list of quietest places. With more than 1 million acres extending 15 miles along the Canada-US border, it’s expansive yet solitary. Motorized usage is extremely limited to a handful of lakes, which means that you’ll hear the wind, waters, waves, and animals that live in the waters and islands cradled by giant rock formations—but only if you’re still and quiet. Listen to the audio clip recorded there: 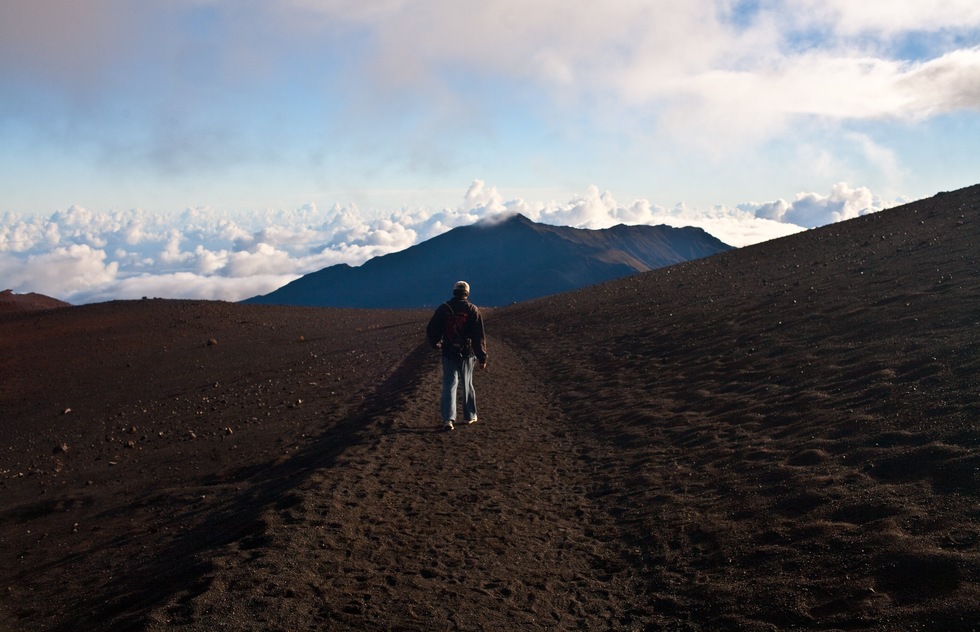 Esther Lee/Flickr
Haleakala National Park, Maui, Hawaii
“This is the closest thing to walking on the moon,” says Hempton of traversing the crater, an intensely quiet place that has measured ambient levels of -16 decibels. This desolate soundscape is due to the dormant volcano’s bowl-like structure, which insulates the zone from manmade noise. Sunrise is a popular time to visit the crater, which is 10,000 feet high at the rim (reservations from the National Park Service are required), but consider taking the challenging day hike into the crater later in the day, after most of the tourists leave, to experience this true sanctuary of silence. 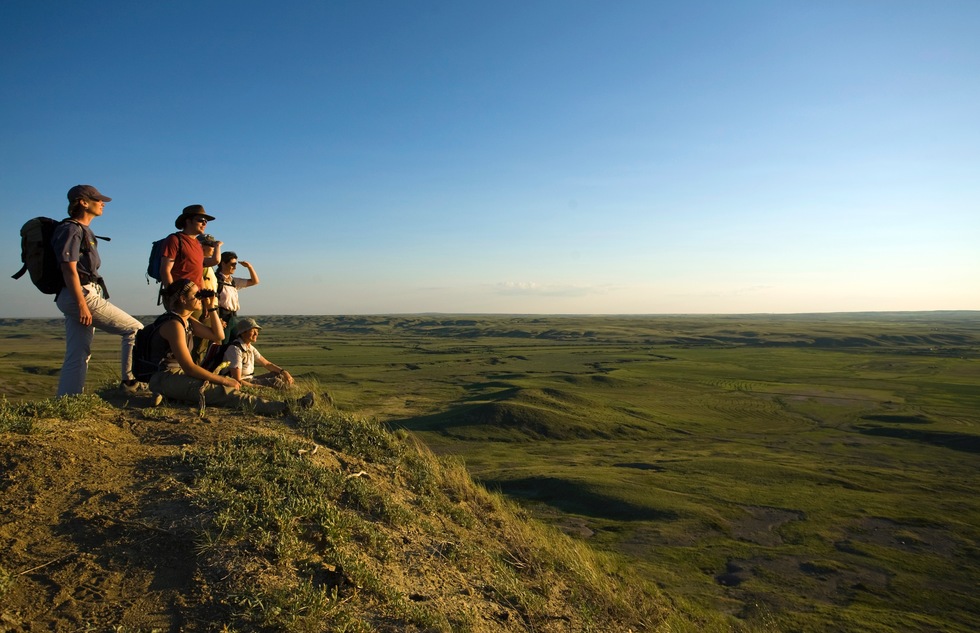 Destination Canada
Grasslands National Park, Saskatchewan, Canada
Wake up for the dawn chorus in this expansive prairie setting where you can hear the wind, insects, birds, and frogs harmonize softly. It’s the quietest prairie setting in North America, according to Hempton, as those in Kansas and Nebraska are often too close to railroads and highways to offer a pure escape. On one visit to the park, Hempton heard the low-frequency grunt of a buffalo some 8 miles away. 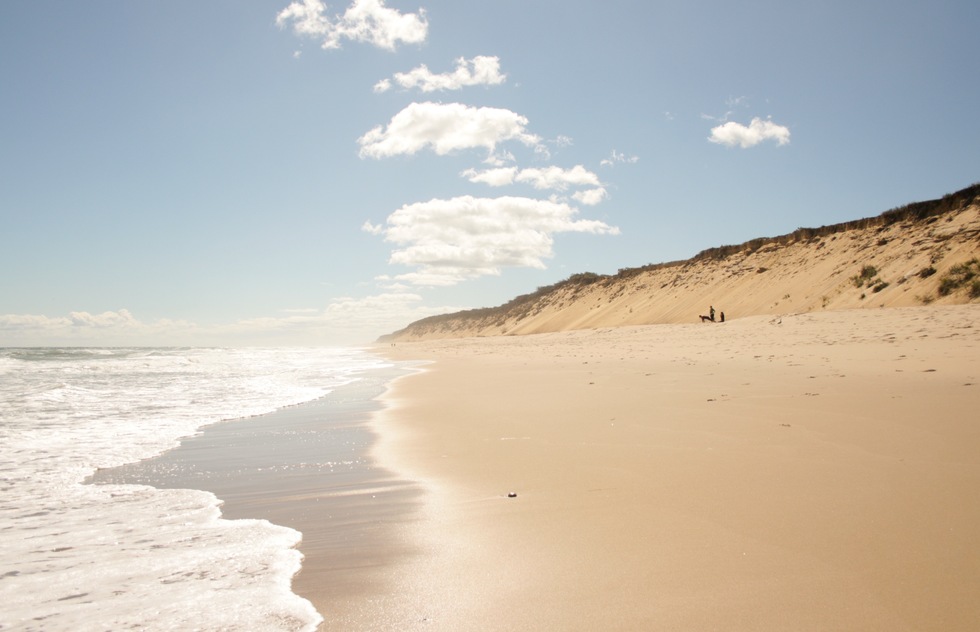 ercwttmn / Flickr
Marconi Beach, Cape Cod National Seashore, Massachusetts
President Kennedy designated Cape Cod National Seashore, where Marconi Beach is located, a protected national environment. This sandy stretch of beach along Cape Cod’s Atlantic shoreline is shielded from manmade noises such as cars and trucks by a giant sand cliff, which serves as an audible buffer while simultaneously amplifying the natural sonic environment. Hempton recommends going during the times of year when dawn happens earliest—that way, you experience a spectacular sunrise accompanied by the sounds of crashing waves and gray seals playfully barking. 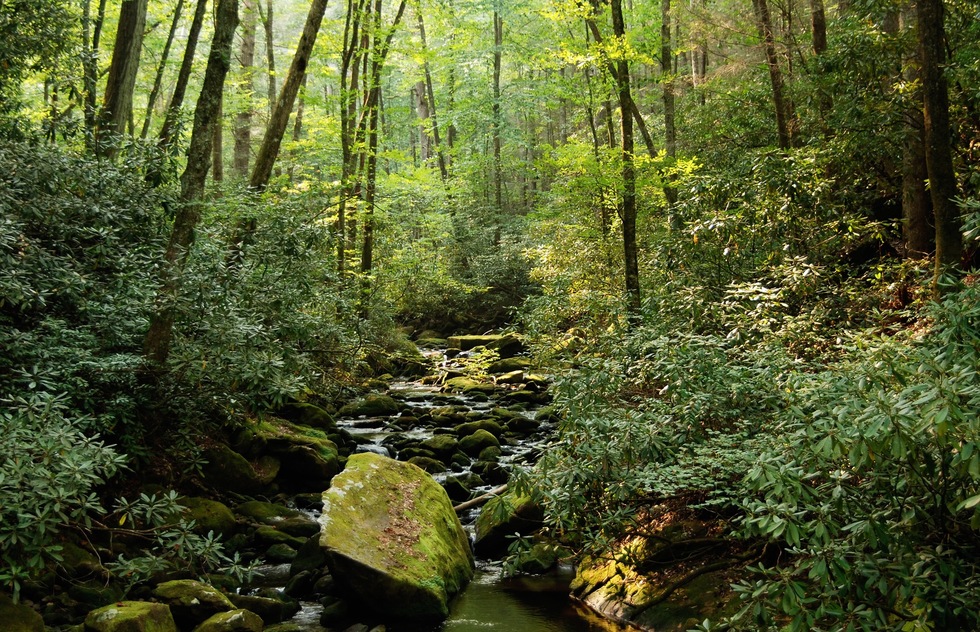 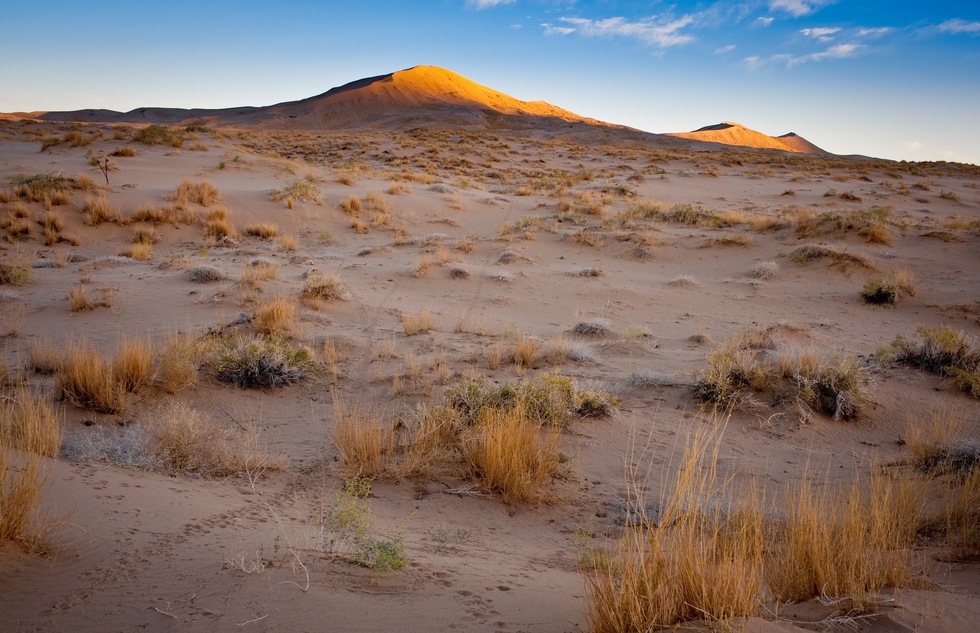 Allanjder/Flickr
Kelso Dunes, California
This sweeping sand dune environment, which rises 600 feet above the Mojave Desert 100 miles east of Barstow, is closed to vehicles, which helps preserve the quiet experience of traversing the landscape on foot. Writes Trever Cox, an acoustic scientist, of his audible experience on this terrain: “Virtually no planes flew overhead, and only very occasionally did a distant car or freight train create noise. Much of the day there was a great deal of wind, but at twilight and early in the morning the winds calmed down and the quiet revealed itself. Overnight I heard the silence being interrupted only once, when a pack of nearby coyotes howled like ghostly babies.” 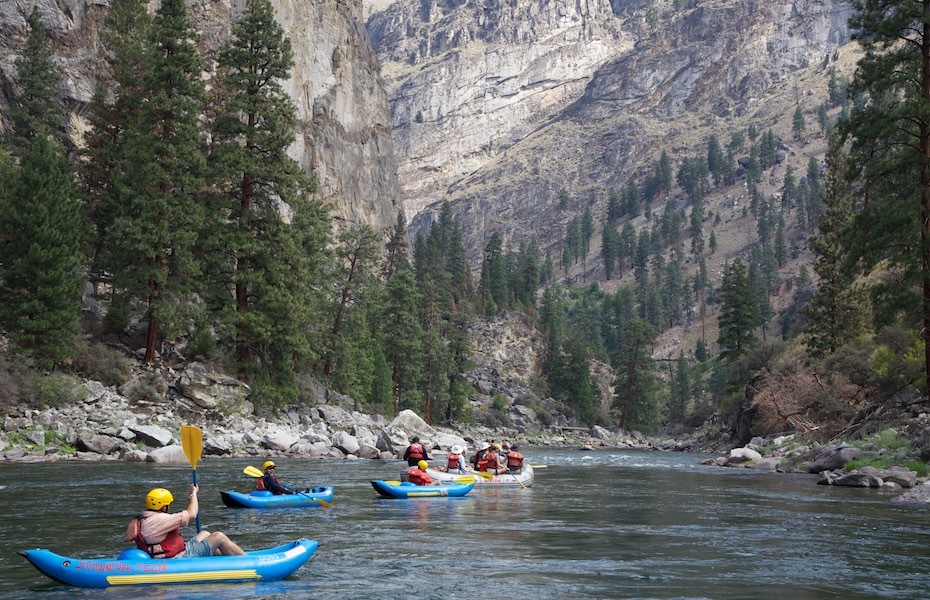 Zachary Collier/Flickr
Impassable Canyon, Frank Church River of No Return Wilderness, Idaho
The only way into this area is by rafting down the Middle Fork of the Salmon River, as there are no roads leading to its banks and no signs of civilization (save for a few remnants of 20th century hermits). Early morning and evening, when rafting is completed, are a spectacular time to soak up the sounds of solitude in this corner of the Frank Church River of No Return Wilderness. 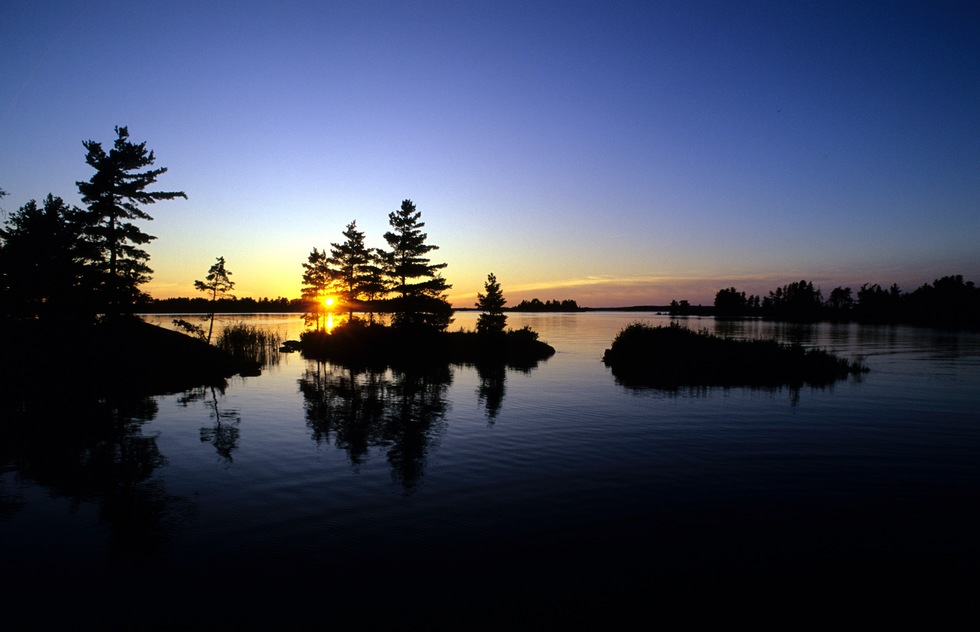 Explore Minnesota
Voyageurs National Park, Minnesota
Hike, paddle, and fish in this watery wonderland spanning more than 340 square miles in northern Minnesota. (Just avoid winter, when snowmobiling is popular, and the buzz of the engines will pierce the silence.) For a true wilderness experience, explore the interior lakes within the Kabetogama Peninsula, where there’s less motorized boat traffic and plenty of solitude. Hempton considers Voyageurs a “world-class listening destination” in the early mornings for the soft harmonies of insects, toads, and common loons. 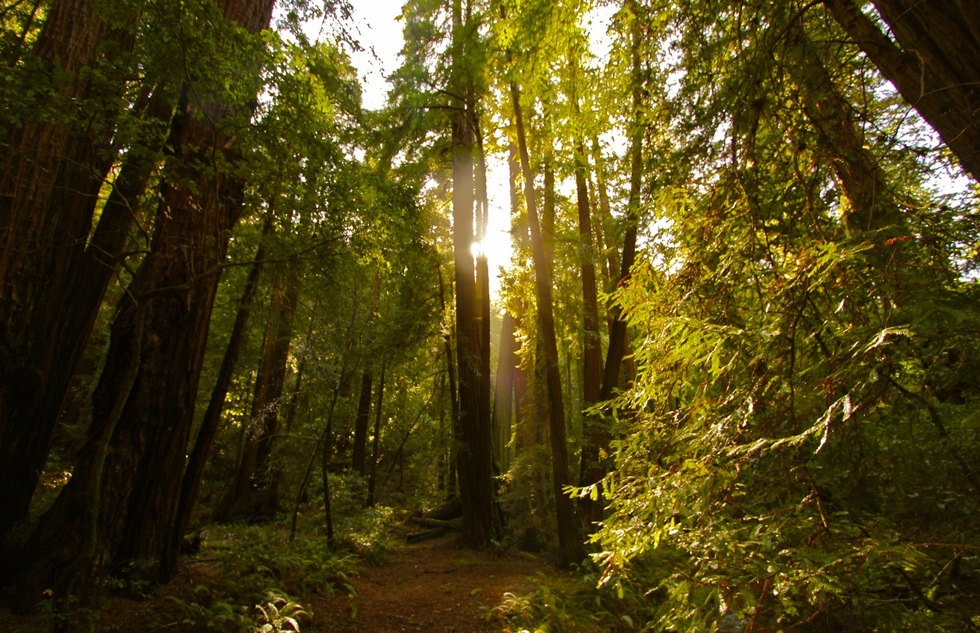 Jason Toff / Flickr
Muir Woods National Monument, California
John Muir, the legendary conservationist and environmental philosopher, wrote, “In every walk with nature one receives far more than he seeks.” Those who visit the woods named in his honor, north of San Francisco in Marin County, will discover deeply personal meaning in those words as they explore the landscape in silence. This ancient redwood forest of 295 acres is like stepping into an outdoor cathedral: The reverence of the place inspires hushed tones, slow movements, and wide-eyed—as well as wide-eared—observation. Bathe in the melody of birds (warblers, kinglets, thrushes, and wrens), the gentle wind blowing through 400-year-old branches, and the rippling flow of the park’s natural creeks. 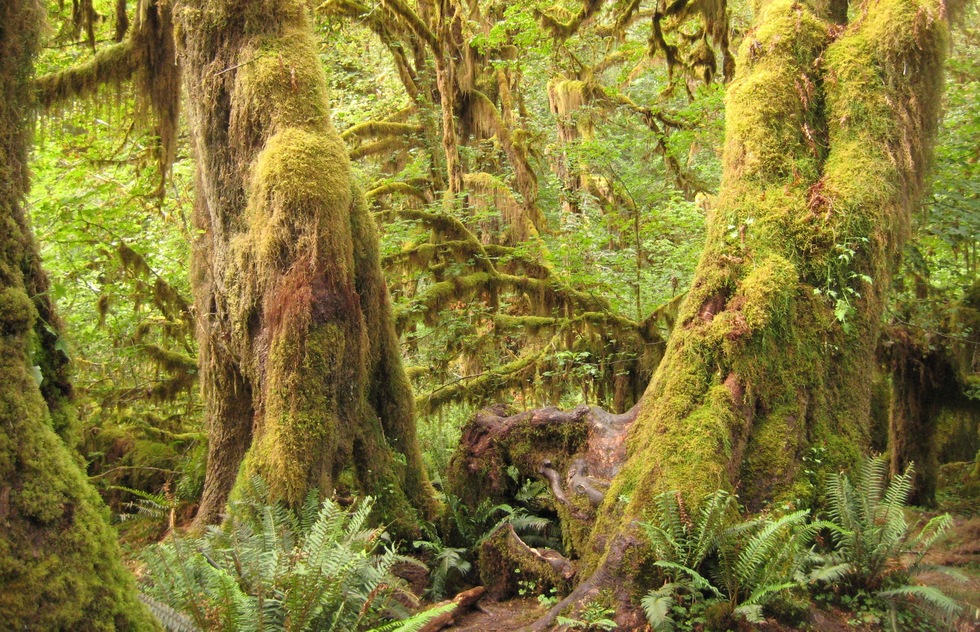 Schuyler Erle/Flickr
Hoh Rain Forest, Olympic National Park, Washington
This has been coined the "Quietest Place in America.” It is the least noise-polluted setting in the lower 48 states, according to Hempton’s criteria. Underneath a lush canopy of towering trees on the west side of Olympic National Park, the exact spot (47° 51.959N and 123° 52.221W) is marked by a small red stone, which you only find after a gentle, two-hour hike from the visitor center. Hempton calls the spot One Square Inch of Silence on the theory that if we protect this inch of space from manmade noise, it will benefit large areas around it. He’s even contacted several airlines to ask that they avoid flying over the spot; they agreed to reroute some unscheduled flights not assigned by the FAA. For those interested in immersing themselves in the soundscapes of this setting with Hempton as a guide, Evergreen Escapes offers private tours. 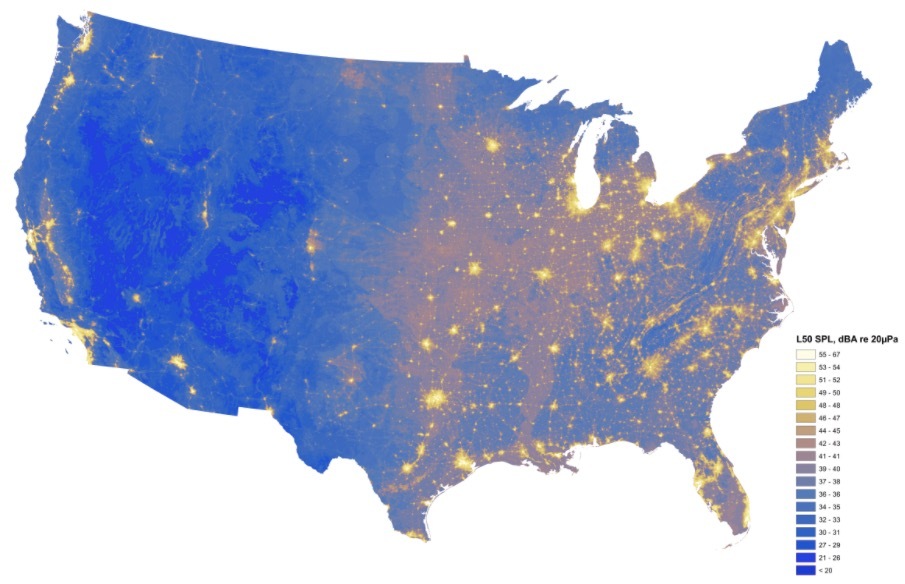 National Park Service
Finding Your Own Silence: The West is Best
Uncovering quiet settings is an art and a science—the seasons, time of day, and luck are all contributing factors. The map above, created for the National Park Service's Natural Sounds and Night Skies Division, illustrates areas of the country that are loudest. Quieter settings are (no surprise) more prominent in the west, where there is less population density. 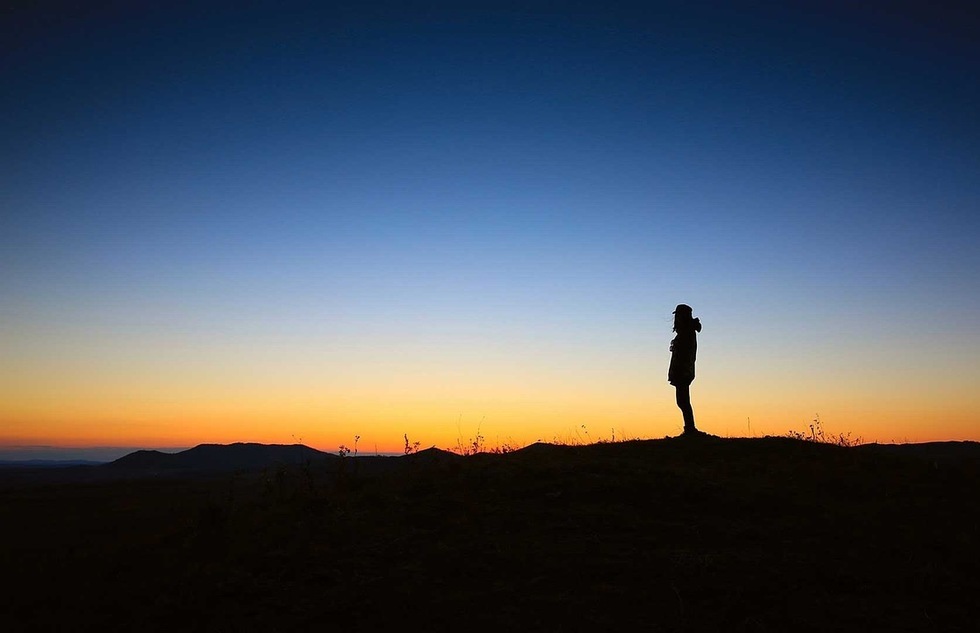