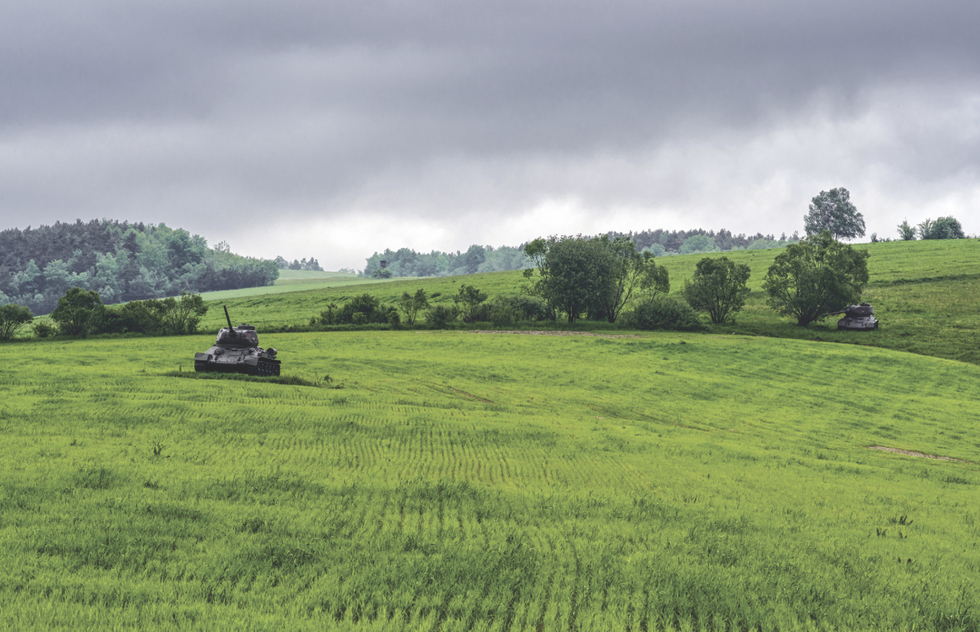 Haunting Images of Abandoned WWII Weapons Scattered Around the World

Proof of World War II's truly global scope can be found in the scattered remnants of the conflict left everywhere from Europe to Asia.

More than 75 years after the war's conclusion, tanks, watchtowers, ships, and aircraft can still be spotted rusting on Normandy beaches, slowly getting buried under Sahara sands, becoming mossy planters in Belorussian forests, and acquiring gilled tenants under Pacific waters.

Over 150 fascinating photos of these wrecks and ruins appear in Abandoned World War II Aircraft, Tanks and Warships, a 224-page, globe-spanning collection published by London-based Amber Books Ltd. (set for release in North America on July 6; $29.95).

The text is by history and military expert Chris McNab, whose goal, according to the publisher, is to give readers the chance "to explore the detritus of this great, destructive conflict in every part of the world."

We've gathered some of the book's most engrossing images below.

Pictured above: tanks in Slovakia's Dukla Pass, site of a major battle between German and Soviet forces in autumn 1944 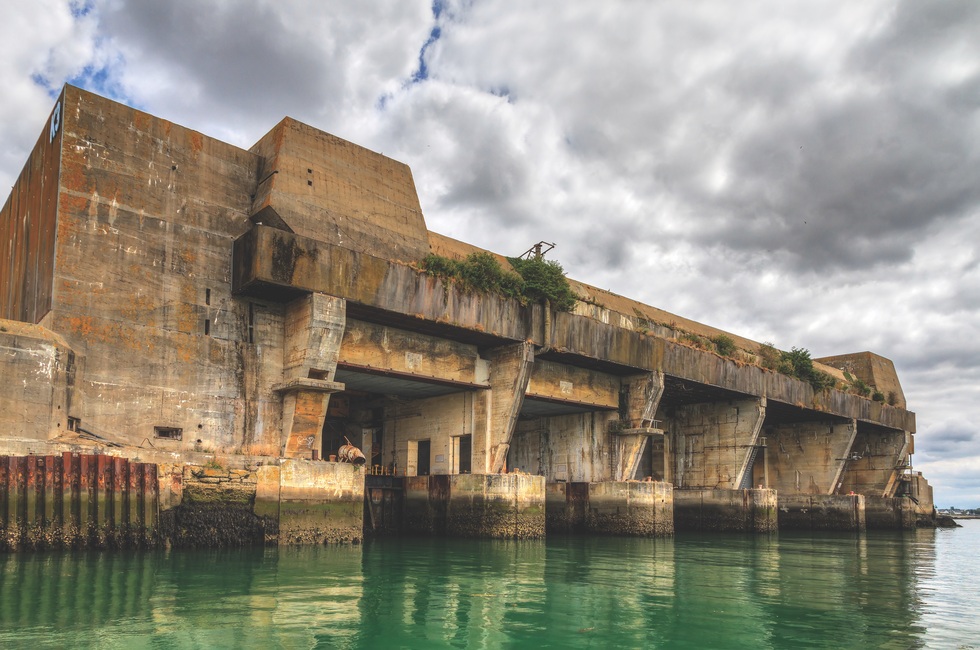 After invading France, the German military built this formidable pen for the navy's U-boats in the Brittany town of Lorient. The structure's roof is 25 feet thick, making it virtually impregnable to conventional bombing. 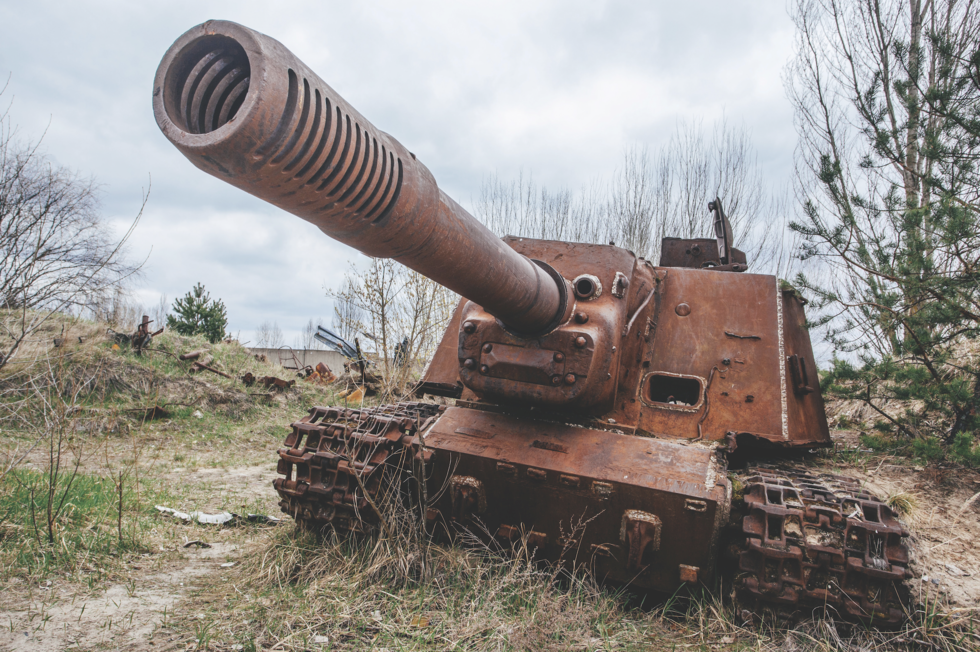 Though most famous for its devasting nuclear disaster in 1986, Chernobyl was also the site of fighting between German and Soviet forces in 1943. This vintage Soviet weapon was used following the nuclear accident, McNab writes, "to demolish radioactive concrete buildings . . . in the tragically mistaken belief that the [tank's] thick armour would protect the crews inside." 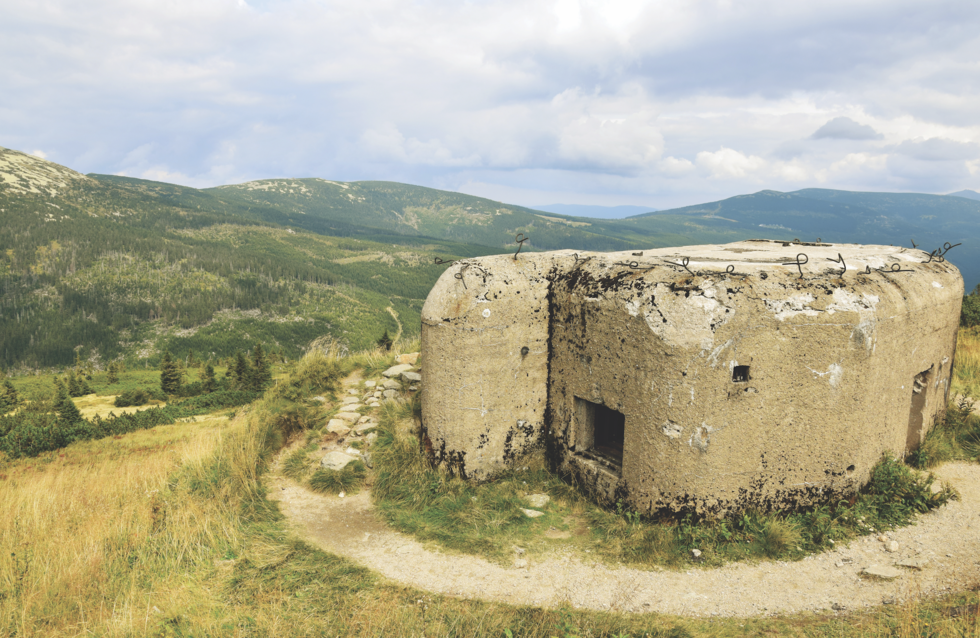 This Czech Army hilltop bunker in the mountainous borderlands near Poland was likely built in the 1930s. Today it can be found within the Czech Republic's Krkonoše Mountains National Park. 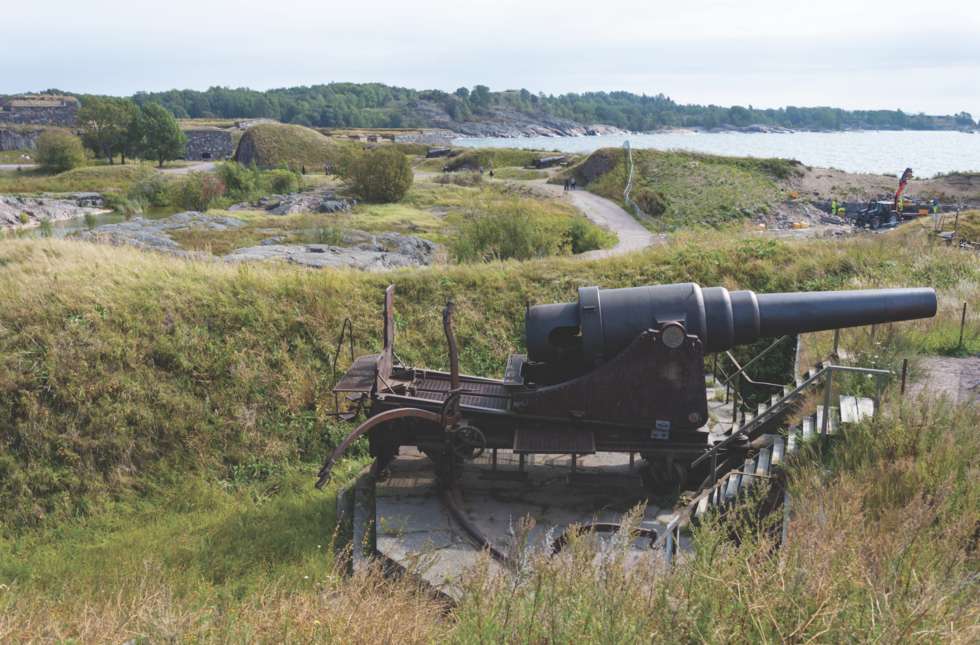 Helsinki's Suomenlinna fortifications date back to 1748. The powerful cannon seen here was installed in the late nineteenth century, but the weapon was still in service during World War II, when the fortress was a base for the Finnish submarine fleet. 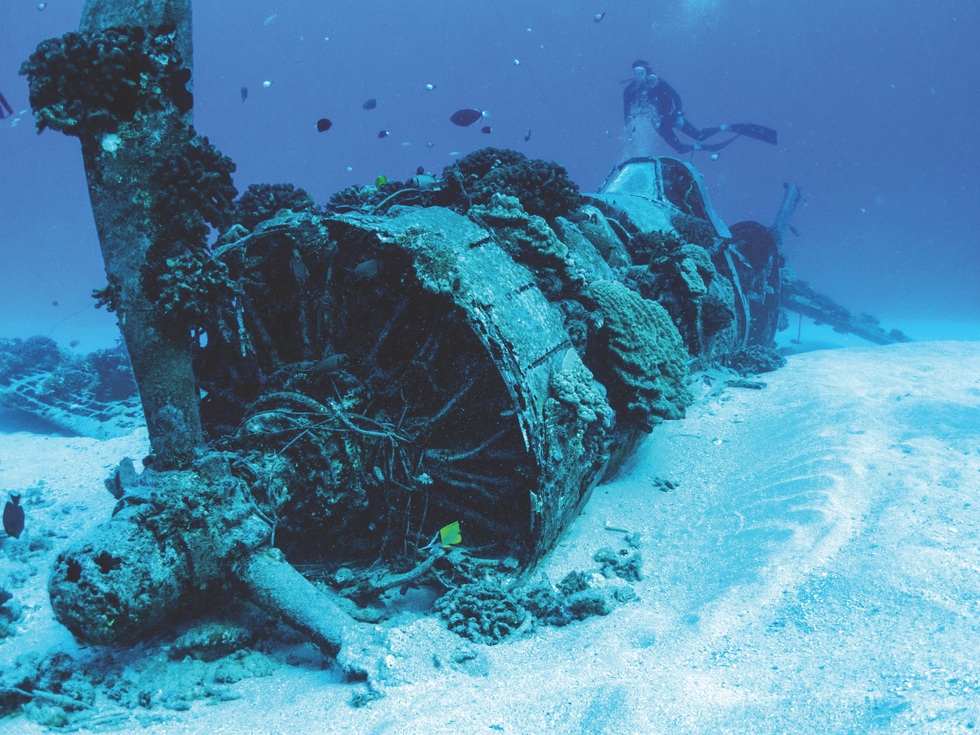 This wrecked American fighter plane (a Vought F4U Corsair) is a WWII vet, but it didn't actually go down until after the war. Engine failure during a routine flight in 1948 sent the aircraft to its current spot on the ocean floor near Oahu. The pilot was rescued unharmed. 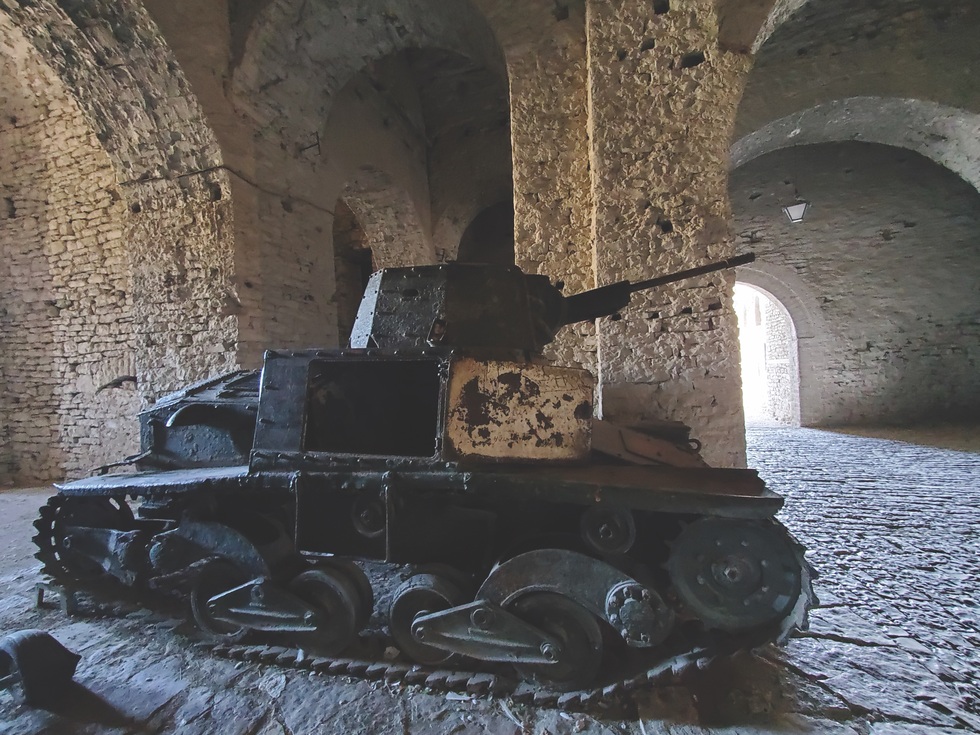 There are only three surviving L6/40 light tanks, an Italian armored vehicle used in the Balkans, the Soviet Union, and North Africa. This one is stashed at the 12th-century Gjirokastër Fortress in southern Albania. 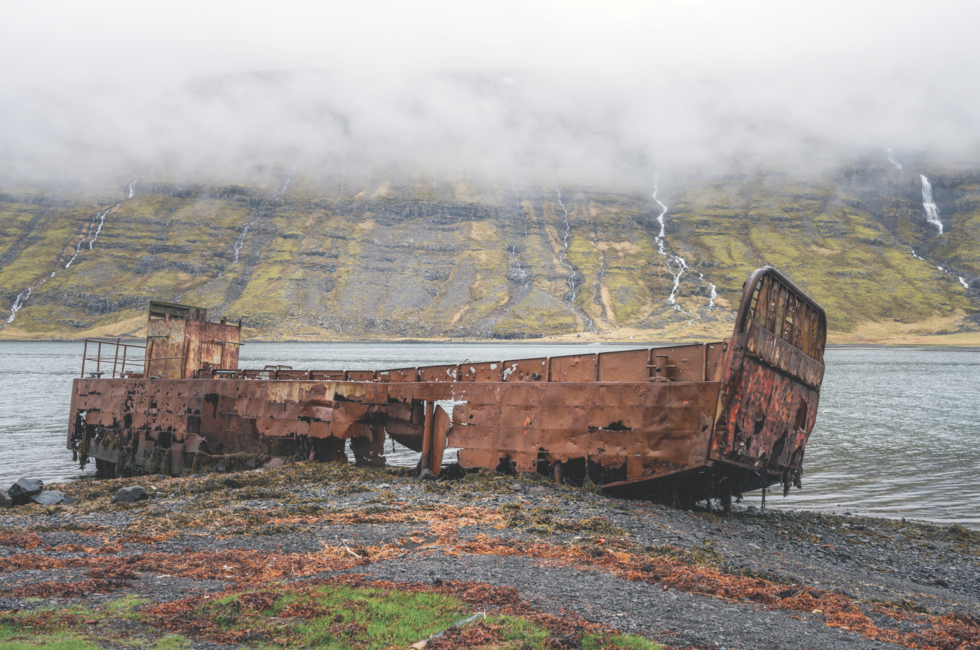 This U.S. Navy landing craft ended up on the shoreline of a fjord in eastern Iceland after local farmers purchased the hulk as war surplus following the end of hostilities in 1945. 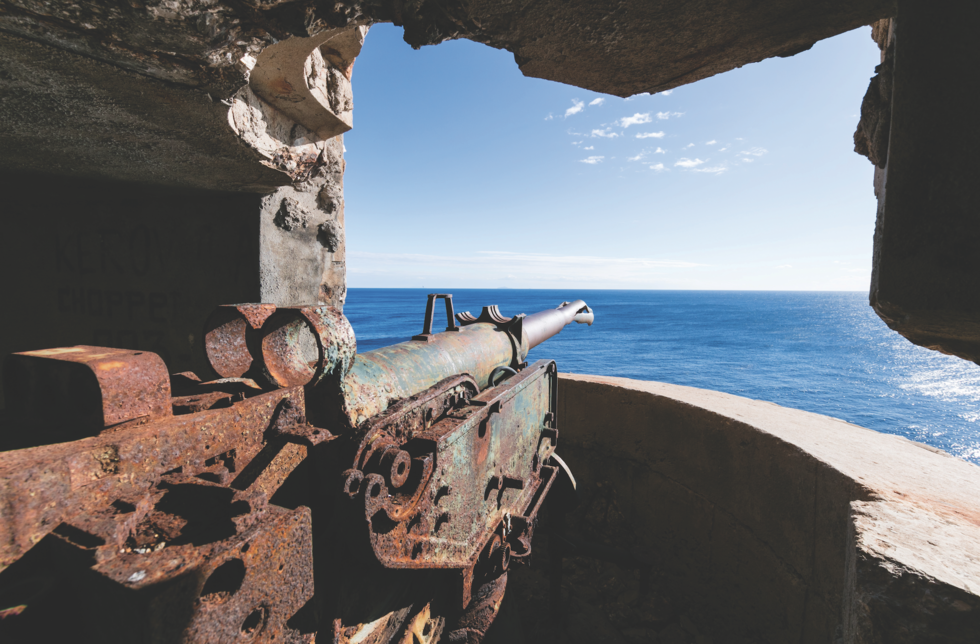 During the war, the idyllic island of Vis in the Adriatic Sea was used as a base by Yugoslavian partisans, the British No. 2 Special Service Brigade, and some U.S. Army Rangers. 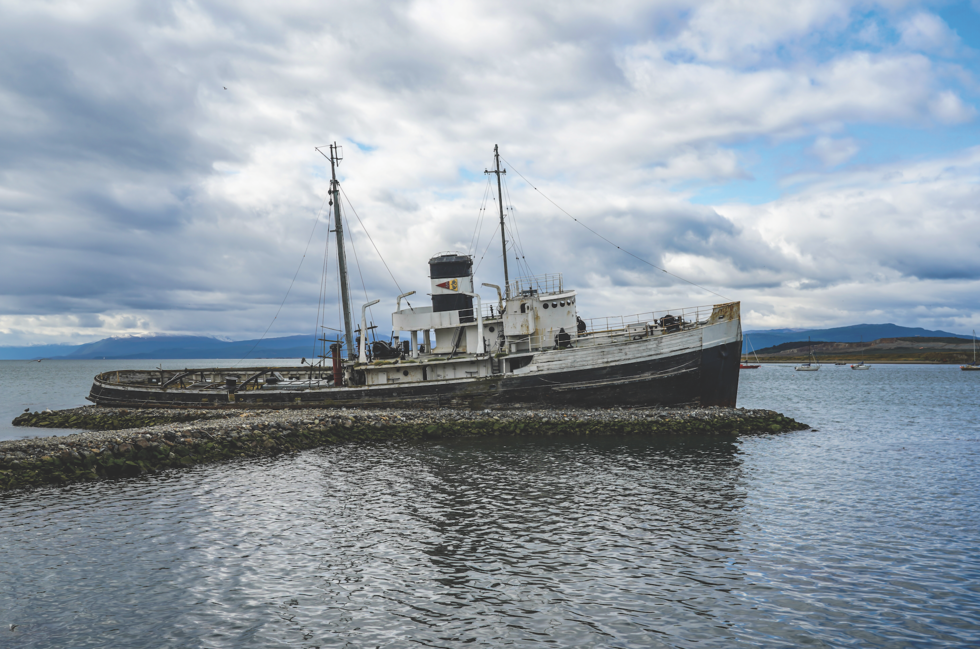 The American-made St. Christopher rescue tug supported the Allies during the Normandy landings on D-Day in 1944. Eventually sold to Argentina, the vessel beached near South America's southernmost tip after running into engine trouble in 1952—and it's still there to this day. 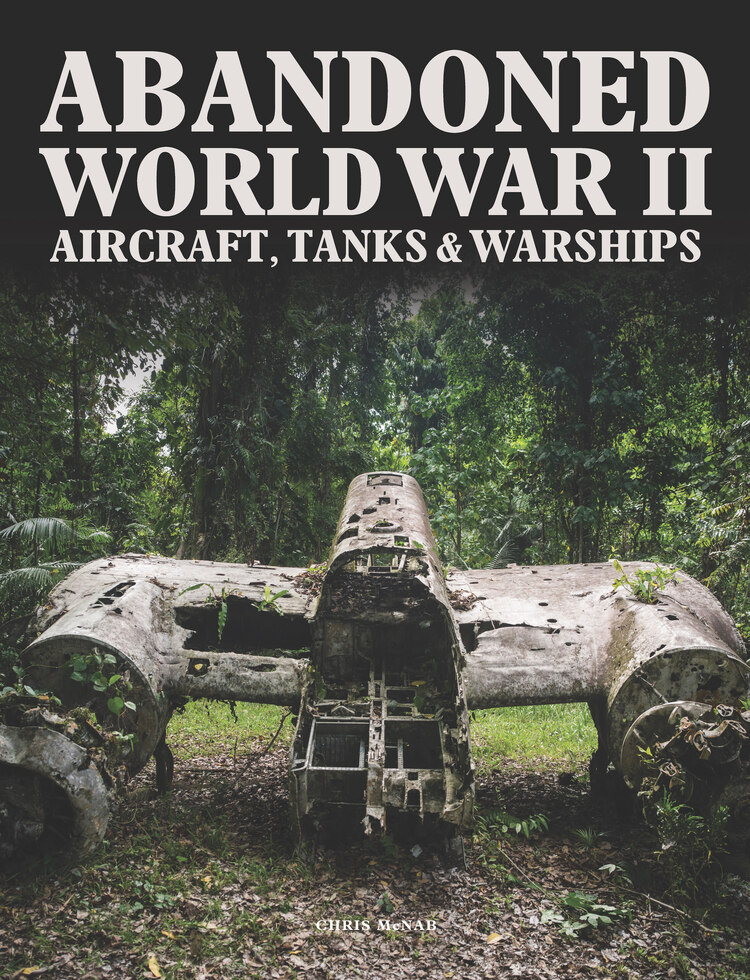 All images above were taken from the book Abandoned WWII Aircraft, Tanks & Warships by Chris McNab, published by Amber Books Ltd and available from bookstores and online booksellers ($29.95).