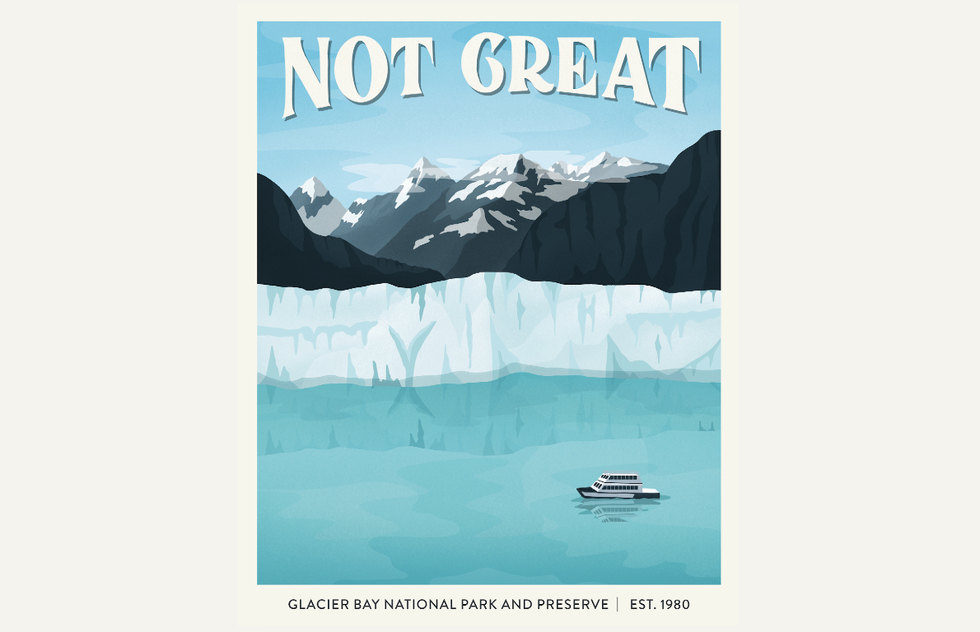 Sure, beauty is subjective. But you'd think the aesthetic appeal of certain marvels—a vibrant sunset, the Grand Canyon, Chris Hemsworth—would be beyond dispute.

Think again. If the internet has taught us anything, it's that negative online reviews can be found for everything and everyone, no matter how seemingly beloved. To put it simply, haters gonna hate.

Even nature has its detractors, as chronicled in the highly entertaining Instagram account @SubparParks. Illustrator and graphic designer Amber Share finds real one-star reviews of U.S. national parks online and pairs those harsh assessments with her eye-catching artwork of the majestic scenery that left the reviewer unimpressed.

The resulting images recall the classic travel posters commissioned by the Works Progress Administration in the 1930s and '40s, except that instead of extolling the destination, the text trashes it.

"Looks nothing like the license plate," reads one disappointed assessment of Arches National Park in Utah. "Didn't even get to touch lava," huffs a pan of Hawaii's Volcanoes National Park over a fiery image of an erupting volcano.

Now Share's playful juxtapositions of grandeur and grousing are available in book form.

Set for release on July 13, the print version of Subpar Parks (Plume; $22) features reproductons of fan favorites as well as brand-new creations, along with tips and tales from National Park Service rangers, Share's own anecdotes about hiking and backpacking experiences, and other insights on (apparently not universally) popular parks including Yellowstone, Yosemite, Acadia, and dozens more.

Below, we've gathered a few choice illustrations from the book—and included links to Frommer's guides (available in paperback and e-book editions) in case you'd like a generally more positive but still honest overview of each park. 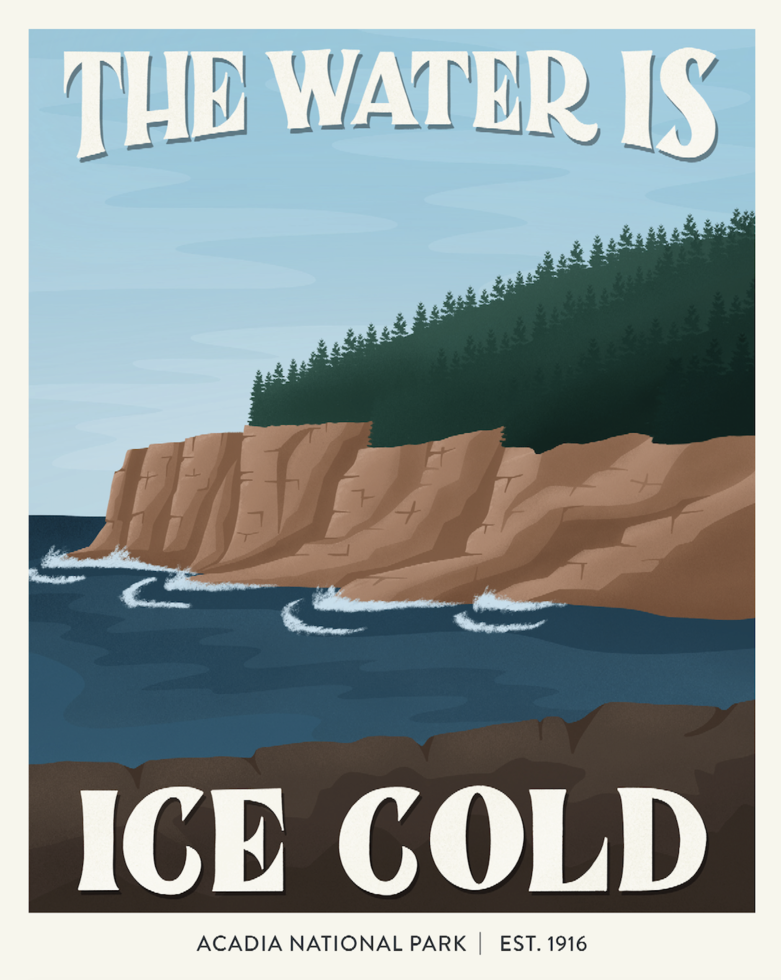 For our take: Frommer's Maine Coast 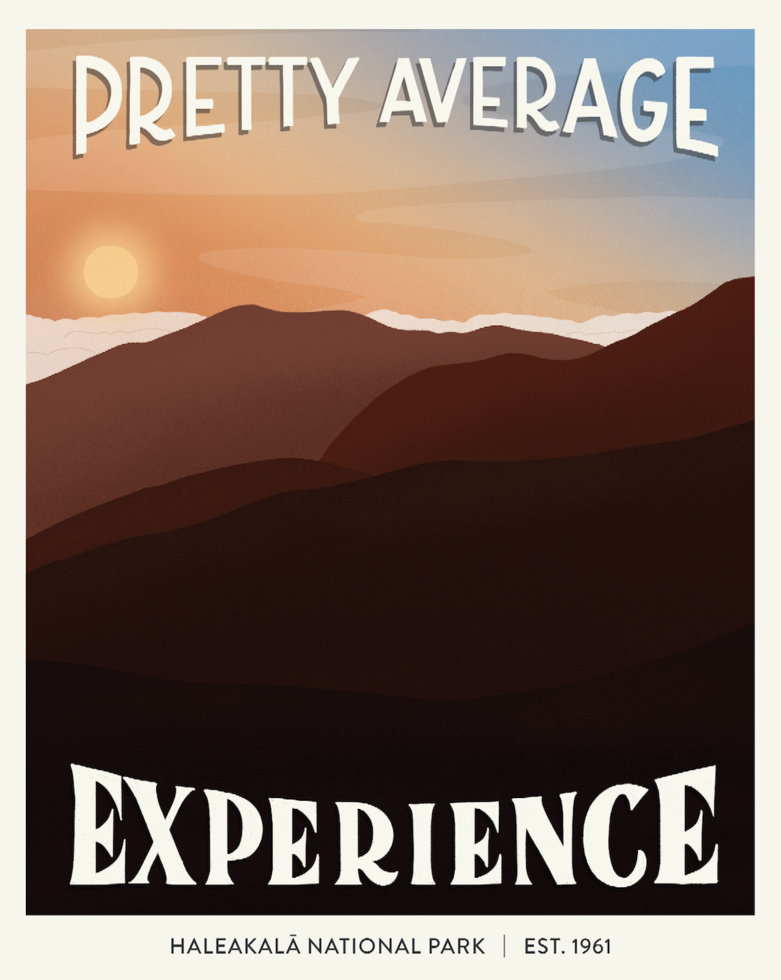 For our take: Frommer's EasyGuide to Maui 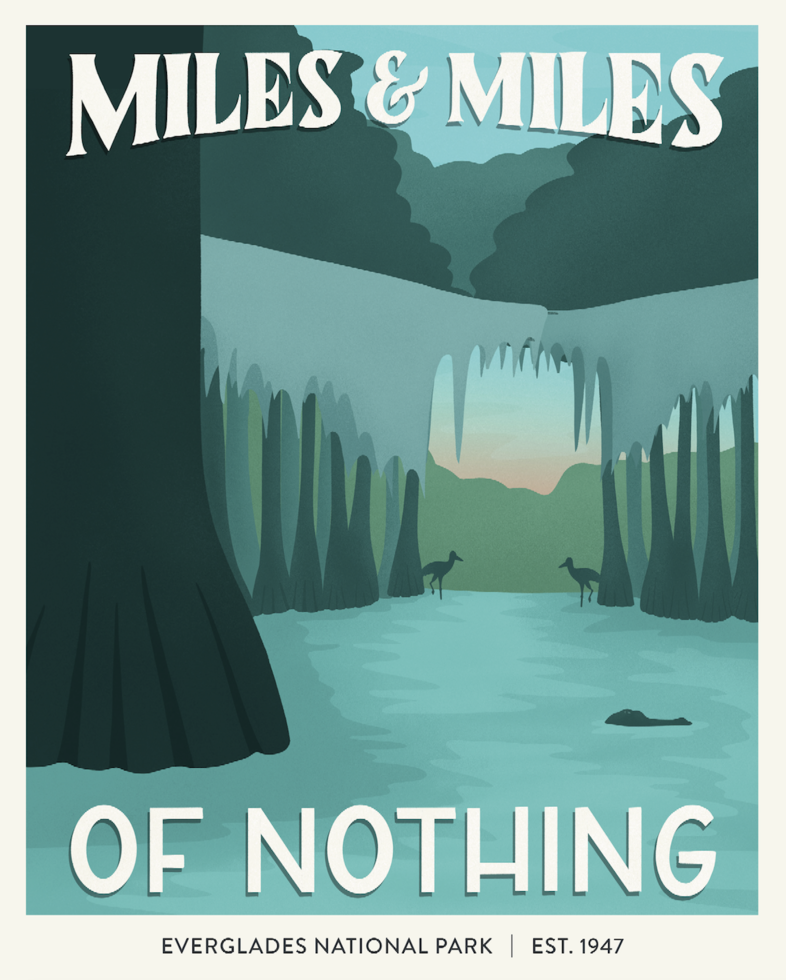 For our take: Things to Do in Everglades National Park 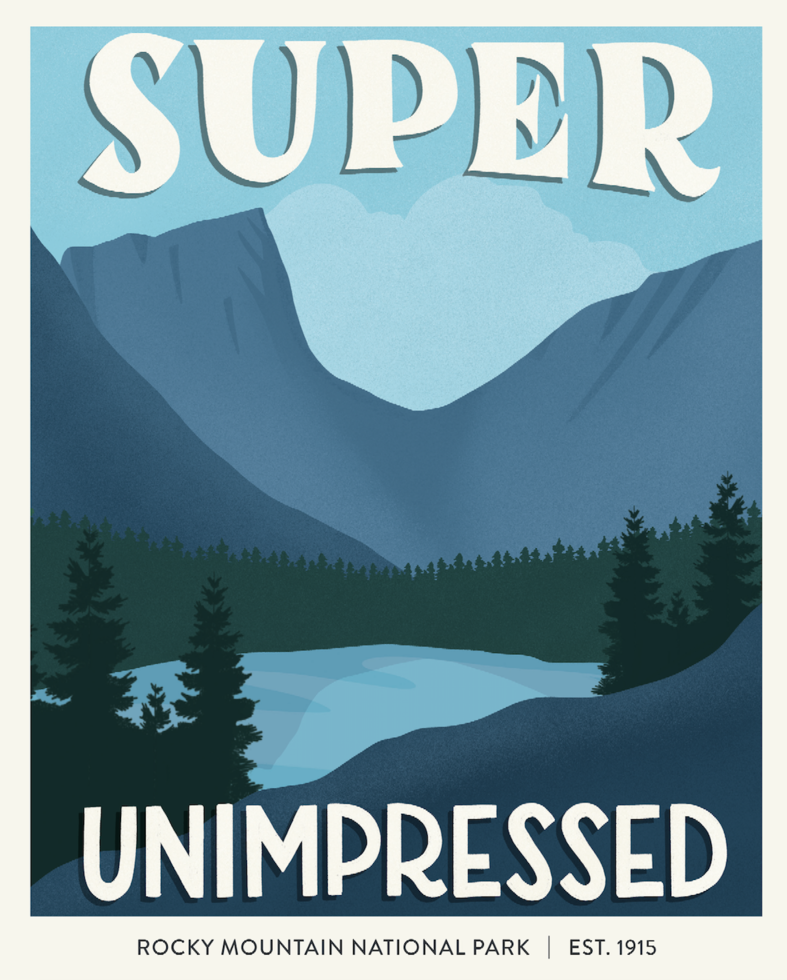 For our take: Things to Do in Rocky Mountain National Park 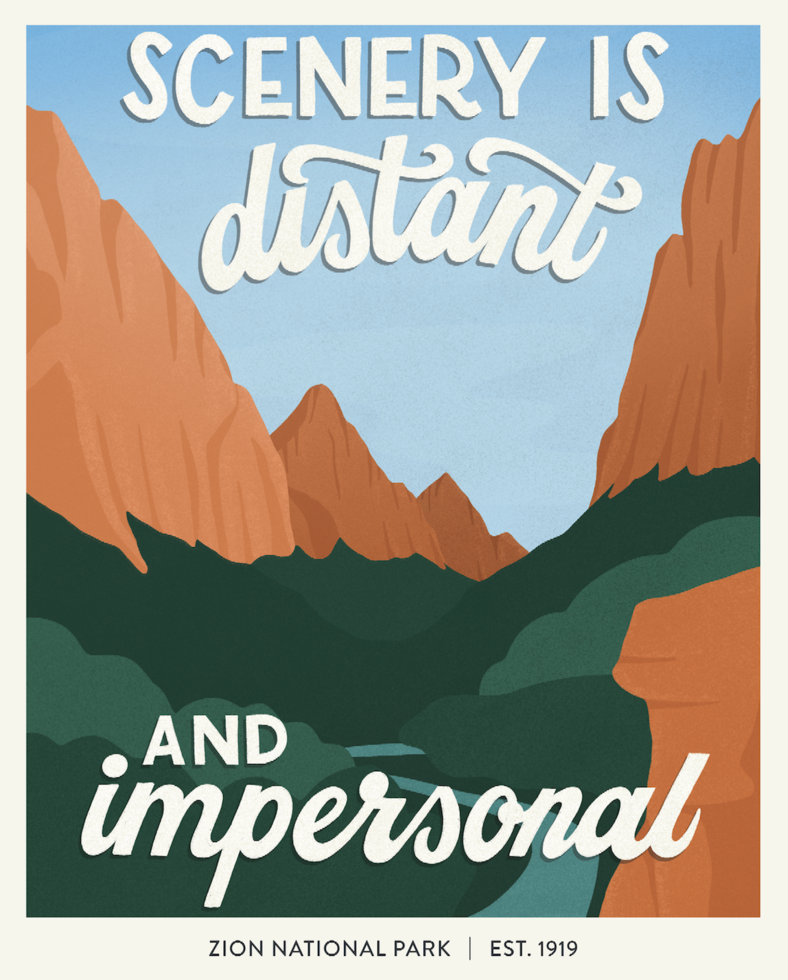 For our take: Frommer's Utah 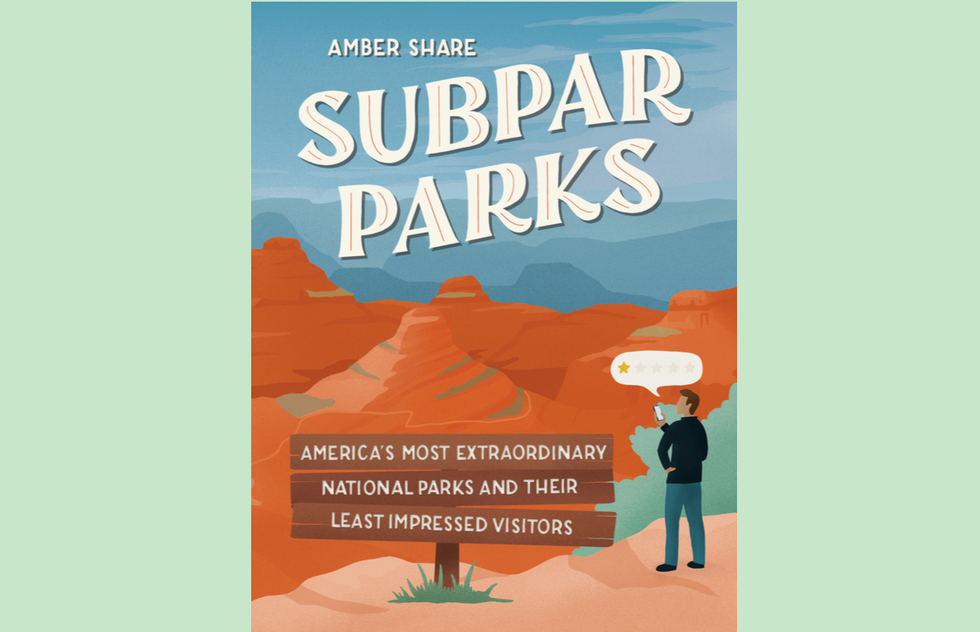 Amber Share's Subpar Parks: America's Most Extraordinary National Parks and Their Least Impressed Visitors (Plume) goes on sale for $22 on July 13, 2021. You can pre-order a copy now.