Thank you for subscribing!
Got it! Thank you!
Home›Tips & News›Air Travel›Are You Allowed to Drink Your Own Alcohol on a Plane? 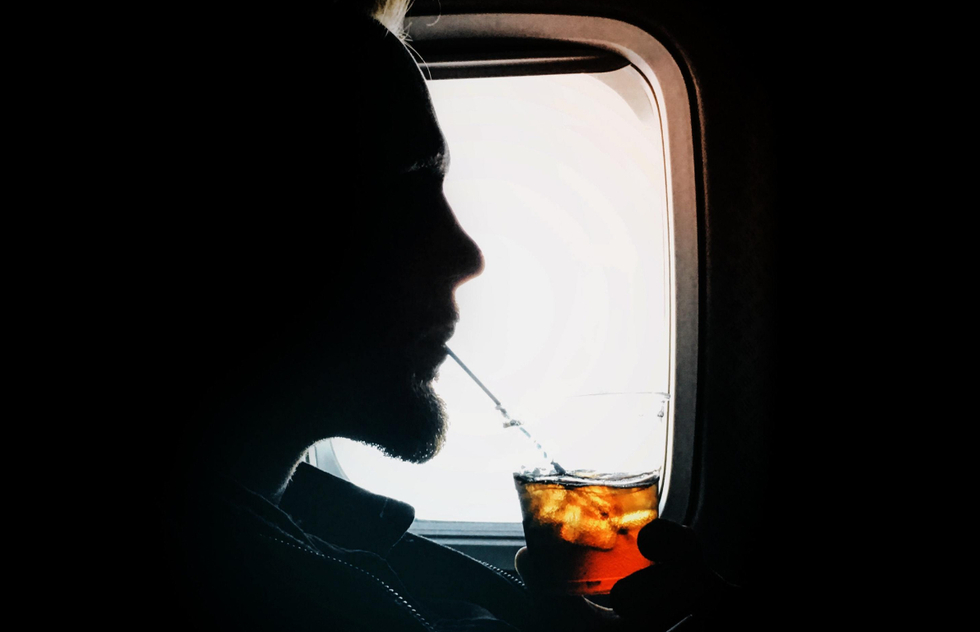 Are You Allowed to Drink Your Own Alcohol on a Plane?

If you bring your own booze onto an airplane, is it legal to serve yourself during the flight?

It's perfectly legal to bring alcohol onto airplanes, according to the U.S. Federal Aviation Administration (FAA), as long as the liquor is kept in containers of 3.4 ounces or less that can fit in one clear, zip-top, quart-sized bag.

Those are the Transportation Security Administration's (TSA) rules for carting around any type of liquid in carry-on luggage.

You can also bring into the cabin up to 5 liters of alcohol (between 24%–70% ABV or 48–140 proof) purchased at a duty-free shop after the security checkpoint at the airport.

The only catch: You can't drink the booze you brought while you're on the plane.

The U.S. government is clear as vodka on this point: "FAA regulations prohibit passengers from drinking alcohol on board the aircraft unless it is served by the air carrier," decrees the official FAA website.

Note that this restriction applies on U.S.-based airlines even when the plane is not in the U.S.—or over the U.S., as the case may be—because the FAA governs the country's airlines everywhere. "What happens in Cabo, stays in Cabo" was apparently only an ironclad law on MTV's Laguna Beach.

But wait! Perhaps you've spotted a loophole in that bit in the FAA rule about how the alcohol must be "served by the air carrier."

Maybe you're wondering if you can skirt the rule by asking the flight attendant to open your own little 3.4-ounce Jameson bottle for you before pouring it into a cup and serving it to you.

Can you drink the stuff that way?

First of all, you should be a lawyer.

Second of all, the answer is probably not.

While that work-around might technically satisfy the FAA, many airlines remove the service aspect altogether, stating flat out in their onboard alcohol policies that, as United puts it, "You can't drink the alcohol you bring on our aircraft." Alaska Airlines and JetBlue use nearly identical language.

Similarly, American, Delta, and Southwest all stipulate that alcohol brought onto planes by passengers must remain unopened, which makes drinking the contents pretty difficult.

If you still see some wiggle room in the carriers' policies, you could always try asking the flight attendant in your cabin. Asking for permission is better than getting caught, and they like it when you're nice.

In response to the Covid-19 pandemic, airlines temporarily stopped serving beer, wine, and cocktails during flights, leading to an uptick in passengers trying to sneak sips surreptitiously.

Southwest eventually had to add a new line to the pre-flight announcement advising against the practice.

Airlines' penalties for scofflaws range from simply discarding the forbidden beverage to assessing fines. A JetBlue customer on a December 2020 flight from New York to the Dominican Republic got slapped with a $14,500 fine for drinking his own alcohol and refusing to wear a mask.