Thank you for subscribing!
Got it! Thank you!
Home›Tips & News›Air Travel›How to File an FAA or Consumer Complaint Against an Airline: A Guide to Directing Your Government Grievances 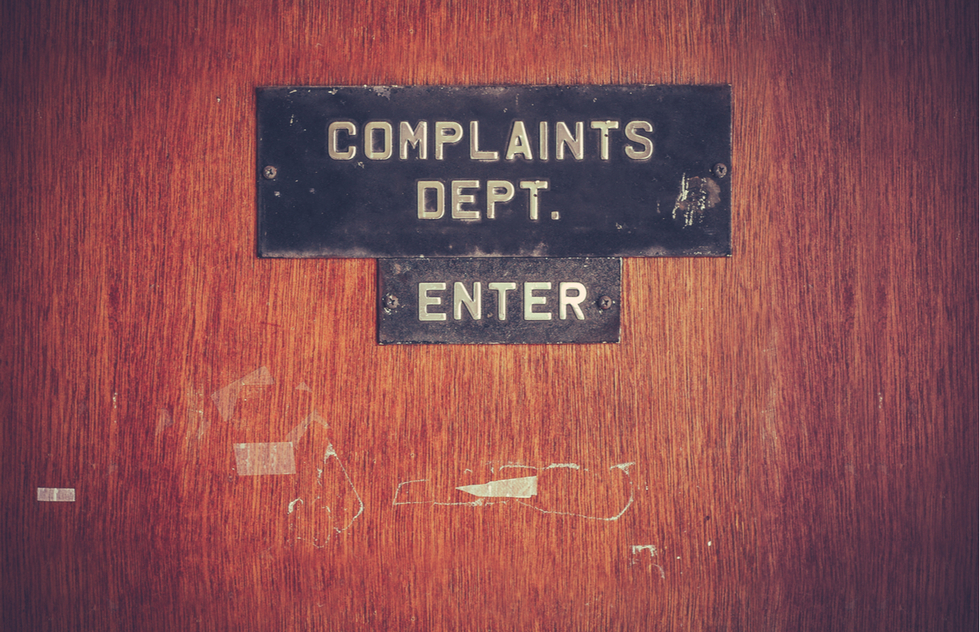 How to File an FAA or Consumer Complaint Against an Airline: A Guide to Directing Your Government Grievances

When is it time to report an airline to the Federal Aviation Administration or other Department of Transportation agency? And more importantly, how do you do it?

Let’s say you have an issue with an airline.

The company owes you a refund, for example. Or lost your baggage. Or bumped you from a flight unfairly. Or discriminated against you because of your race, religion, sex, or physical disability.

And now you want to file a complaint with the U.S. Department of Transportation (DOT), the federal government agency that oversees air travel.

Here’s what you need to do.

First, complain to the airline.

Before escalating things to the federal level, let the airline try to resolve the problem first. Even your credit card company will ask you to do that before it considers additional action.

By law, all carriers that operate flights to, from, and within the United States are required to provide instructions on their websites for how a consumer can file a complaint. Typically, there are several ways to contact the company’s customer service department—by phone, email, online form, and snail mail.

Frommer’s has compiled instructions for complaining to the Big Three U.S. airlines—American, Delta, and United. You might also consider putting the companies on blast via social media (@AmericanAir, @Delta, @United) because negative tweets are bad P.R., and the airlines will want to clean up any dirty laundry ASAP.

The law mandates that airlines acknowledge complaints within 30 days of receiving them and that airlines send customers written responses addressing their concerns within 60 days.

You need to understand what you’re entitled to as well as to what the law doesn’t guarantee. Filing a federal complaint against a carrier can’t fix some of air travel’s most frustrating aspects, many of which are deemed outside of the airline’s control.

If you’re stuck at an airport waiting for a flight delayed due to bad weather, for example, there are no federal requirements that say the airline has to compensate you for your time.

As for flights canceled in advance by the airline, you’re entitled to a refund for those. But if you cancel your tickets on your own because, say, you’re worried about the global health situation or you’re having second thoughts for any other reason, you won't get your money back—just a voucher for future travel. Usually these rules are spelled out in the terms and conditions you agreed to when you made the purchase.

You can figure out whether you have what the government considers a legitimate complaint by consulting the DOT’s Fly Rights document, which covers airfares, delays and cancellations, overbooking, baggage handling, and many other pertinent subjects.

Read up on the law before filing your complaint to make sure the feds will back you up.

Find the right government division to complain to.

If the airline hasn’t addressed your complaint satisfactorily and you’ve determined that the government can indeed do something about your issue, it’s time to figure out which DOT division to contact.

All of these airline-related consumer complaints should be addressed to the Aviation Consumer Protection Division (contact info below).

For safety concerns—relating to airplane maintenance, emergency-exit seating, low-flying aircraft, pilot licensing, and so forth—visit the website of the Federal Aviation Administration (FAA) and submit a report using the online form.

For a security issue—relating to airport screenings of passengers or baggage, the no-fly list, and similar matters—consult the website of the Transportation Security Administration (TSA), call that agency at 866/289-9673, or send an email to TSA-ContactCenter@dhs.gov.

Once you’ve decided to file a consumer complaint, you can either fill out the DOT’s online Air Travel Service Complaint or Comment Form—you’ll be asked to provide your contact info, the name of the airline, and a description of your problem—or submit the same info in a letter sent to this address:

You are welcome to telephone the agency at 202/366-2220, but keep in mind that in order to be processed, complaints must be submitted in writing.

According to the DOT website: “A Transportation Industry Analyst will forward your complaint to the airline and the airline will be required to provide you with a response. . . . The DOT analyst will then review the case to determine whether a violation occurred.  If your complaint does not appear to fall under any of the laws that we enforce, it will still be logged in our database.”

For airline complaints relating to discrimination, disability, and sexual misconduct, the process is more involved.

The DOT sends allegations of sexual misconduct to the FBI for investigation. An attorney is brought in to review disability and discrimination complaints.

Each month, the department publishes an Air Travel Consumer Report containing the number and nature of complaints received about each airline, along with statistics on delays, cancellations, bumping, and other nuisances.

The report is made public so that you can compare airlines by customer satisfaction, spot problems across the industry as a whole, and, if nothing else, prepare yourself for what awaits the next time you take to the skies.