Thank you for subscribing!
Got it! Thank you!
Home›Tips & News›Air Travel›How to Avoid Motion Sickness on an Airplane 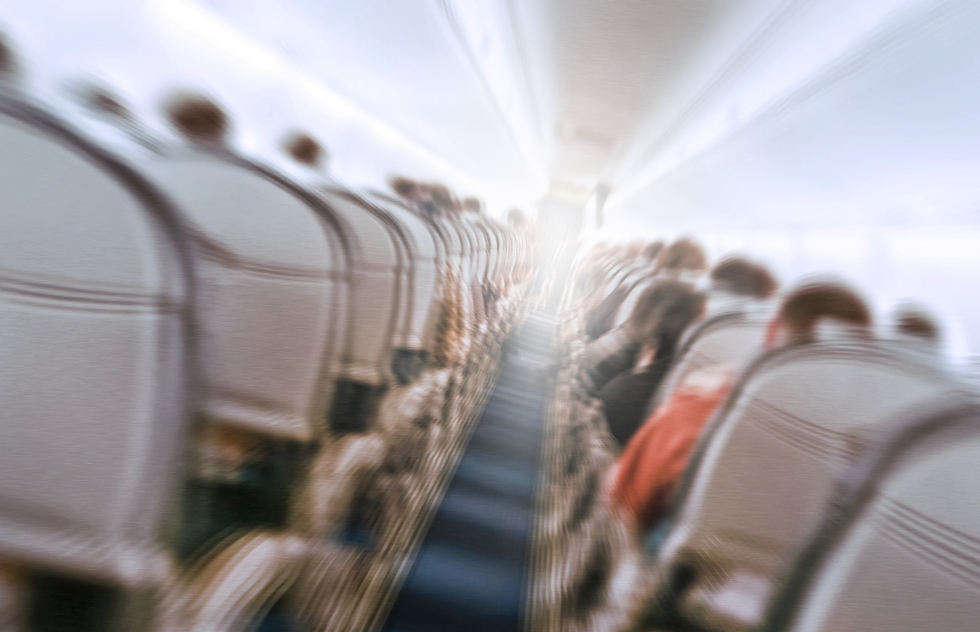 How to Avoid Motion Sickness on an Airplane

Motion sickness on an airplane is caused by mixed signals reaching your brain from your inner ear, which senses you are moving, and your eyes, which counter that you are in fact sitting still.

Though your brain may be capable of handling quadratic equations, the organ can go haywire in response to conflicting info from your senses. Consequently, you may get a headache, nausea, and that hot, sweaty feeling that indicates something is definitely wrong, for the thermostats in airplane cabins are typically set to cold-enough-to-hang-meat.

About a quarter of passengers get airsick, according to one study. The feeling is arguably more distressing than carsickness because, after all, an airplane passenger can’t pull over and wait for the wave of nausea to pass. (Seasickness is still undeniably the worst of all, though.)

For air travelers prone to motion sickness, here are some tips from medical experts for preventing or at least minimizing the need to reach for that barf bag.

Pick a seat over the wing

If you have the type of ticket that lets you select your seat in advance, go for one over a wing because, as the Mayo Clinic explains, that’s where you’ll feel motion the least. Sitting by a window is preferable to the aisle so that you can try to steady yourself, if need be, by staring at the horizon.

Watch what you eat and drink—before and during the flight

Mount Sinai recommends avoiding stuff that’s hard on your stomach, such as booze and big, greasy or spicy meals, on the day before travel. You don’t want to overtax your digestive system before you get on the plane.

As for during the flight, the Centers for Disease Control and Prevention advises those who tend to get airsick to limit alcoholic and caffeinated beverages. Drink plenty of water instead. Caffeine-free carbonated beverages like club soda and ginger ale may help settle your stomach. For snacks, stick with dry crackers and other simple fare.

Stabilize your head as much as possible by leaning it back against the headrest. If you start to feel icky, the U.K.’s National Health Service recommends closing your eyes and concentrating on your breathing (thinking of England is optional). Point the overhead air vent right at your face.

Reading and fiddling around with personal electronic devices are liable to make you feel worse. It might be wise to preprogram an airsickness playlist on your phone to give yourself something soothing or distracting to listen to while you sit there with your eyes closed and wait for your misery to end. Maybe steer clear of songs about food, bobbing boats, or the heady roller coaster that is first love.

Ginger, in the form of lozenges, hard candy, and supplements, is an age-old answer to an upset stomach. Likewise for applying pressure to what’s known as acupressure point P-6, a spot on your forearm about three finger widths from your wrist.

Some folks swear by those travel wristbands designed to put pressure on the spot in order to prevent or ease motion sickness. Other types of bracelets, like Reliefband, emit barely perceptible electric impulses to ward off bad sensations.

If you’re chronically beset by airsickness, you might as well give an alternative solution a try. What have you got to lose? (Your lunch, that’s what. So strap on a wristband.)

If all that doesn’t work, there are over-the-counter and prescription medications

The most common over-the-counter medications for nausea are Dramamine and Bonine, both of which are antihistamines. They can be effective but some fomulations are likely to make you drowsy. And bear in mind you might have to take them well before your flight because they won't go to work immediately.

Physicians with the Travelers Clinic at UC Davis Health recommend that those with a history of severe motion sickness take medications an hour before travel, but consult the directions on the pills that you purchase to get the timing right. Talk with your doctor first if you have a liver impairment, asthma, cardiovascular disease, and certain other conditions. Ask about safety and dosage with regard to children, too.

For those who still need relief from motion sickness, doctors may prescribe scopolamine. It comes in a round patch worn behind the ear.