Thank you for subscribing!
Got it! Thank you!
Home›Tips & News›Air Travel›If Your Flight Is Delayed, Should You Still Go to the Airport on Time? 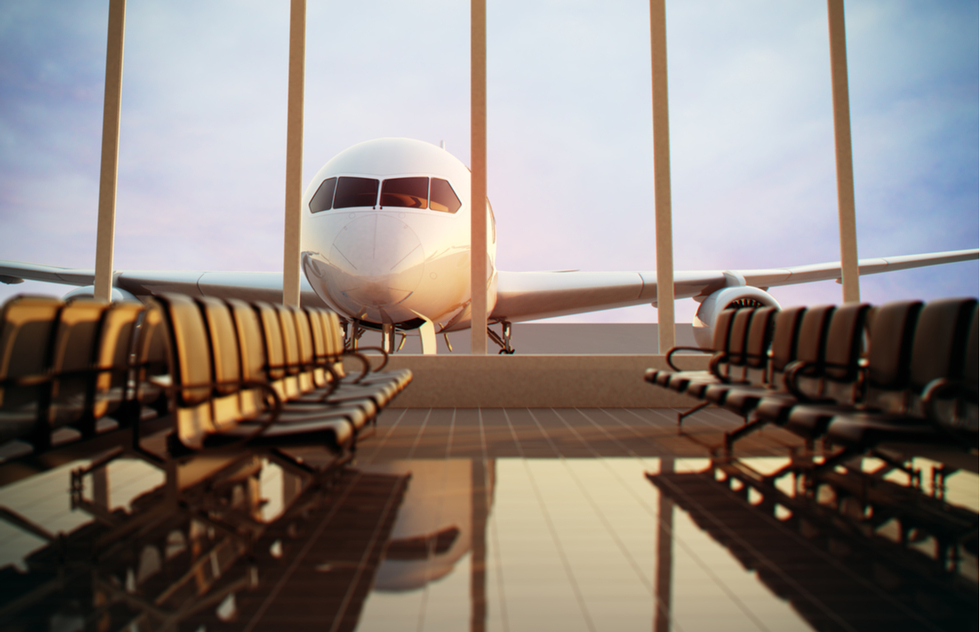 If Your Flight Is Delayed, Should You Still Go to the Airport on Time?

You get a notification that your early-morning flight has been pushed back. Can you sleep in?

But what if your flight is delayed?

In an ordinary year, around 20% of flights fail to depart on time, owing to a variety of logistical mishaps and punctuality defeaters such as bad weather, air traffic issues, mechanical problems, and staffing shortages.

Because there are so many contingencies and so much is up in the air (except, of course, your plane), the U.S. Department of Transportation requires airlines to notify passengers of any schedule changes via email, text, phone call, or message sent via the airline's mobile app. (To be extra-informed, you can also track flights using independent apps and websites such as FlightAware and Flightradar24.)

Your airline will provide an estimate of how late the flight's departure will be, but these things can be difficult to predict—the weather can go from bad to worse and what looks like a minor mechanical issue on a plane can turn out, on closer inspection, to be a big fat mess (stop us if our aeronautical engineering terms get too technical).

The uncertainty can lead to the dreaded "creeping delays," where, as the Transportation Department puts it, "developments occur which were not anticipated when the carrier made its initial estimate of the length of the delay," and you watch your departure time get pushed back by a series of half-hour increments as your vacation dies a death by a thousand cuts.

Here's the bottom line: If you still plan to take that delayed flight, you should be at the airport for the original departure time, no matter the estimated length of the delay. Fun!

That means that if you have a ticket for a domestic flight scheduled to take off at 10am, you should show up at the airport at 8am, even if you get an alert that claims the flight won't take off until 11:45am.

We're not just trying to prevent you from getting some extra sleep. There are really good reasons you should head for the airport as though things were running on schedule.

The skies could miraculously clear, for instance. Or instead of waiting on a crew to arrive from elsewhere, the airline might be able to swap in alternate staff from nearby. You never know.

Most airlines will tell you to show up on time anyway. One version of that guidance is found on JetBlue's website: "For delays, we suggest you arrive at the airport for the originally scheduled departure time. If conditions allow, the estimated departure time could be moved up. The flight is not able to wait for customers who are not there."

If you insist on arriving at the airport later for a delayed flight, at least make sure you check in ahead of time online—for domestic flights, the check-in deadline is usually 30 minutes before the scheduled, we repeat: scheduled departure time.

If you're already at the airport when you learn of a delay, it's still a good idea to stick close to the gate in case something changes for the better. If you can't resist the siren call of that Chili's Too, keep an eye on your phone and the airport's information screens for crucial updates regarding gate changes.

Some other basics to know about flight delays:

If the delay is significant, you are entitled by federal law to a refund should you choose not to travel. But the federal government lets each airline define "significant." Most companies, including Delta Air Lines and JetBlue, take pity on passengers after two hours. American Airlines waits for four.

For a long wait or one that will make you miss a connection, most carriers will book you on the next available flight. (Again, American is notably less accommodating than the competition.)

Airlines are not required by law to compensate you for a delay. Check your airline's contract of carriage to see what you're entitled to in the way of meals or hotel rooms if your flight is delayed or canceled. Stuff beyond the carrier's control (like the weather) doesn't automatically equal compensation for passengers, but gate agents will often help you out anyway. Be nice.

In the event of a major delay that forces you to rebook your flight, do all the things: get in line to speak with a customer service rep, go online to check for alternate flights, and call the airline's customer service number on your phone (talk about delays—be prepared for waits best measured in geological time).

We know it's frustrating to be stuck at the airport for a bunch of extra hours, but look on the bright side: Haven't you been meaning to finish Infinite Jest for the past 25 years anyway?