Thank you for subscribing!
Got it! Thank you!
Home›Tips & News›Car, Bus, Rail›Florida Finally Gives Tourists a Way to Avoid Rental Car Rip-Offs on Cashless Roads 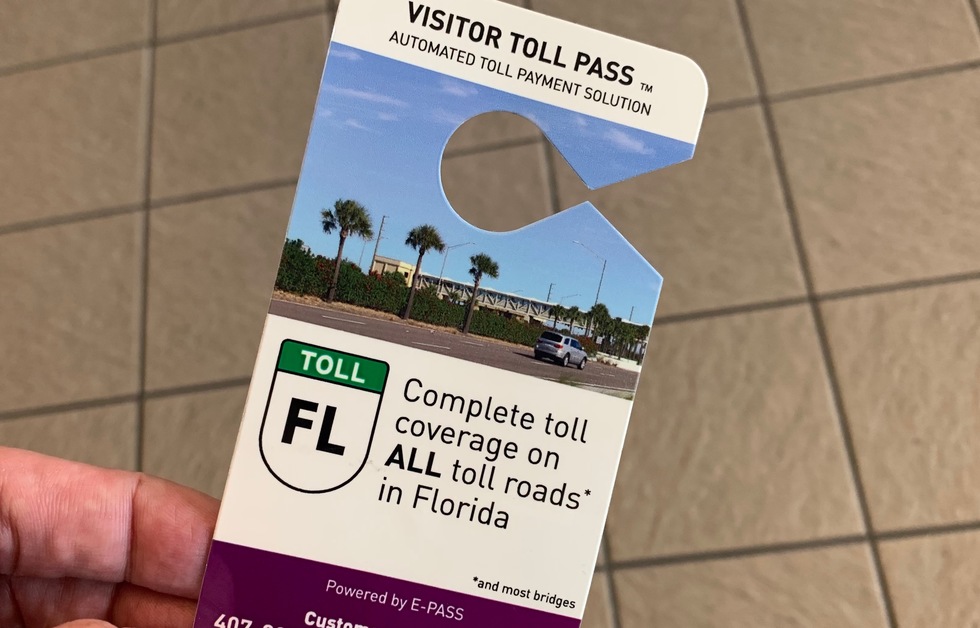 After years of paying extortionate fees from rental car companies to use cashless toll booths, tourists finally have a solution—if they know about it.

Cashless tollbooths may be convenient for locals, but they're hostile to out-of-towners. As states eliminate tollbooth workers so cars can zoom through sensor points using transponders, tourists get shafted.

In Florida, a state with an economy that depends on tourism, the technology has been particularly merciless. Most visitors, especially international ones, have no idea which roads are cashless, and end up wandering into fees constantly. I've advocated against this issue for years. In heavily touristed cities such as Orlando, the first cashless tollbooths drivers encounter are on the road that takes them off airport property, forcing tourists, before they even have their bearings, to submit to ugly service fees charged by rental car companies.

Take Enterprise Rent-A-Car, which charges customers an extra $3.95 a day for its "TollPass Convenience Charge"—even if you don't use a toll road that day. That amount does not include the actual price of the tolls or rental fees for a transponder, if needed. The rental agreement refers customers with questions about cashless tolls to a website run by an outfit called the Highway Toll Administration—which is not a government body, as the deceptive name might suggest, but an LLC formed to profit off drivers who take rental cars onto cashless roads. It charges ridiculous fees to process tourists' toll payments for them.

Enterprise's $4-a-day rate is one of the better surcharges; some rental car companies slam customers with nearly $5 a day in fees.

As you can imagine, the complaints lodged with the actual toll administrator, the Central Florida Expressway Authority, have been vociferous and colorful.

And damaging enough to the state's reputation, it seems, that a solution has finally been introduced. 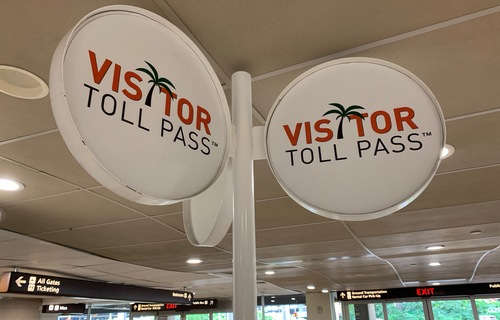 The Visitor Toll Pass, which the Expressway Authority quietly rolled out this month, is a free tag that hangs from a car's rearview mirror. A driver can pick up the tag right after picking up a rental car. A credit card number, the car's license plate number, and the day when the trip will be over must be provided. And that's it.

When Visitor Toll Pass holders drive through a toll collection gantry, Florida's system matches the tag dangling from the mirror with the license plate—meaning the tag is useless if it's stolen or lost—and directly charges the driver's credit card account.

The pass does the job of a transponder, with no extra fees. It works in any cashless toll lane on any road in the state, even if there happens to be a manned lane for cash payments.

In fact, with the pass all tolls are billed at a slightly lower rate than the normal charge. The booth closest to Walt Disney World on the Beachline Expressway, for example, is cashless and catches many tourists unaware, but with the Visitor Toll Pass, the fee is billed as $1.40 instead of the usual $1.50.

When your trip is over, simply toss the tag into one of the collection bins located in the corridors leading from the rental car parking lots into the airport. (Forgetting to return the pass will cost you $10—still cheaper than what you'd pay to use the rental car company's system for more than two days.)

For most people, the hardest part of the program will be believing it's for real. There are sign-up booths situated near the rental car desks inside Florida's airports, but since the concept is new and unfamiliar and the state is full of touristy clutter, some visitors are assuming the pass is a scam.

I've tried it out—it's real, with no hidden fees, and the toll charges posted to my credit card within about three days of the end of my trip. 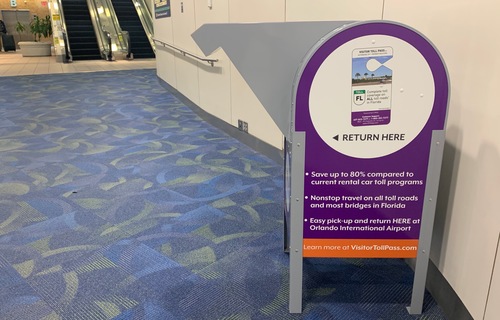 You don't have to plan ahead for this; Visitor Toll Pass sign-up desks are open between 9am and 1am daily. Just decline to accept your rental car company's e-toll offer, and, after you leave the rental car desk with your completed agreement, stop at the Visitor Toll Pass kiosk. Signing up takes about 5 minutes, but you can trim that down by registering ahead online.

This is one tourism development that leaves me ecstatic.

The Visitor Toll Pass is currently described as a pilot program that will run until July 31, but the early word is that it's bound to stick around, especially if drivers take advantage of it. So look for it.

And don't let the car renters keep ripping you off.

Update, December 2019: The program is still being offered, and the word is it will remain available until at least the early summer of 2020. With wider usage, it could stick around longer. We recommend signing up for this mirror tag as soon as you land in Florida.