Thank you for subscribing!
Got it! Thank you!
Home›Tips & News›News›Win a "Beauty and the Beast" Castle Stay, NYC Fines Airbnb Hosts, and More: Today's Travel Briefing 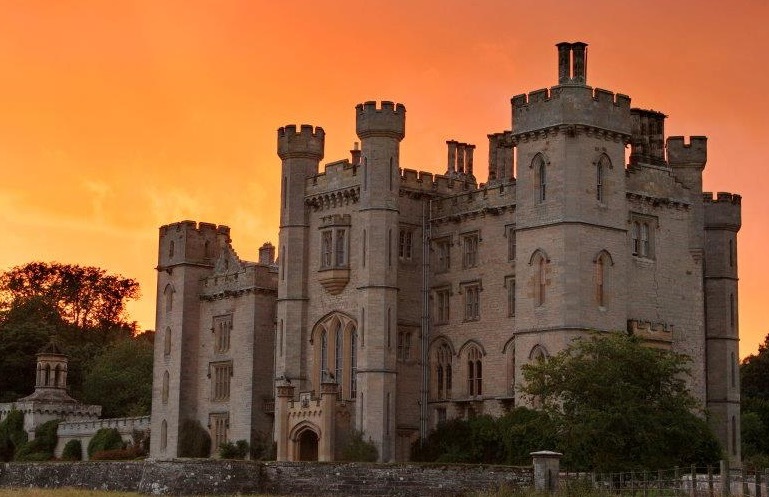 Good morning, everybody! Here's the latest from the world's airports, castles, and illegal short-term rentals.

President Donald Trump wanted to ban travelers from seven majority-Muslim countries, but it looks like his executive order to that effect dissuaded international travelers from a whole bunch of other places from visiting the United States as well.

From January 27, when the president signed the 90-day ban on nationals from Iran, Iraq, Libya, Yemen, Somalia, Sudan, and Syria, to February 4, when a federal judge halted the order, international flight reservations to the U.S. dropped by 6.5% compared to the same eight-day period last year, according to travel-data trackers ForwardKeys.

The company calls that a significant decrease and "not good news for the U.S. economy"—though it's too soon to say whether there has been any lasting effect or whether the lifting of the ban, which has been upheld by a federal appeals court, will cause a reversal.

That measure made it illegal to rent a residence for fewer than 30 days. For violating the law, Tatiana Cames and Hank Freid now owe the city a combined $17,000.

It's worth noting that neither of the fined folks was renting out a place of primary residence. Cames is a licensed real estate broker who's charged with renting the units in a Brooklyn building she owns, while Freid, who says he plans to fight the fine, was allegedly listing some of the rooms in his Manhattan hotel on Airbnb and other similar sites.

At the moment, then, it appears that the city is going after those who own entire buildings, not the comparatively small-time Airbnb hosts who rent out their own rooms and apartments.

But they could be next.

Many other localities, from New Orleans to Anaheim, California, have considered or enacted laws cracking down on short-term rentals. But New York City is by far one of the biggest and most profitable markets in North America. How cases fare there could have a huge impact on Airbnb's future.

And in happier rental-site news . . .

For those of you longing for more than this provincial life, a la Belle from Beauty and the Beast, vacation-rental site HomeAway is dispensing some storybook magic via a new contest.

To celebrate the eagerly anticipated release of Disney's new live-action version of Beauty and the Beast (starring Emma Watson as the book-loving beauty in the yellow dress), HomeAway is sending one lucky winner and up to 20 friends on a fairy-tale trip to the Scottish countryside, where the whole gang will spend 5 nights in an honest-to-goodness castle (pictured above) in the town of Duns.

All travel arrangements will be taken care of by HomeAway, and during their stay the group will have the run of the 14th-century castle's 1,200 acres as well as access to activities including archery, falconry, and, presumably, elaborate musical numbers with the furniture.

You can enter the contest at HomeAway's website. You have until March 31.

Disney's Beauty and the Beast will be in theaters March 17.