Thank you for subscribing!
Got it! Thank you!
Home›Trip Ideas›Arts and Culture›"EuroTrip" Revisited: The Real Arthur Frommer Reveals the Story Behind the Sex Comedy Classic 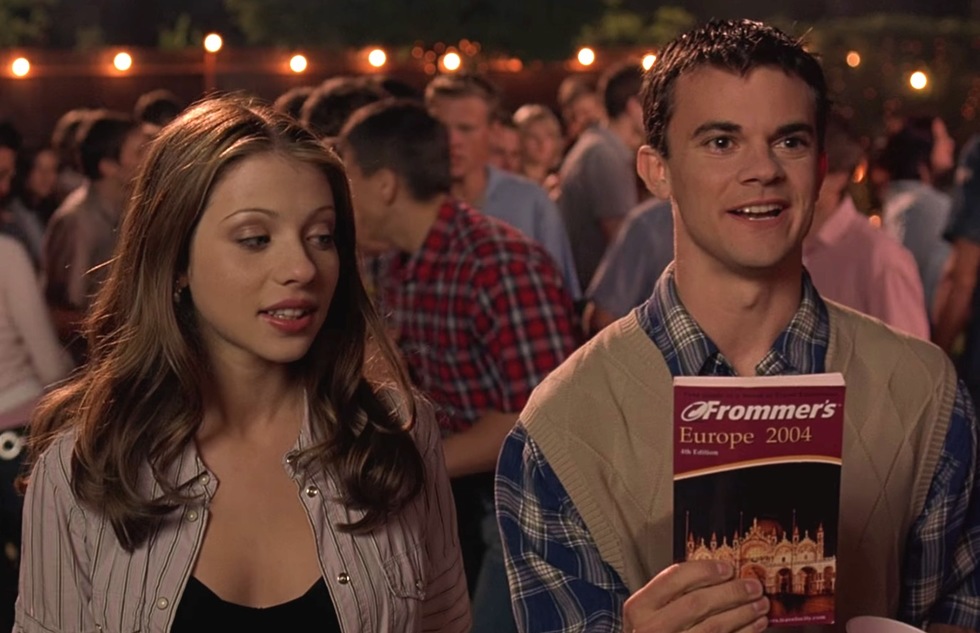 Arthur Frommer himself sets the record straight on his not-quite cameo in the 2004 comedy EuroTrip.

Frommer’s guidebooks have been praised for being trustworthy plenty of times—after all, being trustworthy is kind of our thing. But only in the 2004 movie EuroTrip are we given credit for knowing where Europe’s best coed nude beaches are.

“So. Many. Penises,” one character says in a tone of benumbed shell shock when he doesn’t read our (fictional) advice closely and winds up at a seaside spot full of naked men.

“Frommer’s tried to tell you,” his friend replies, “but you just didn’t listen.”

We’ll probably leave that one off the highlight reel.

As a matter of fact, our 2004 edition of Frommer’s Europe serves as an essential prop in EuroTrip, a teen sex comedy in the tradition of Animal House and American Pie that some now consider a cult classic.

Frommer's editorial director Pauline Frommer is not one of those admirers.

“I think I saw [the movie] years ago and thought it was amusing,” she commented after a recent rewatch, “but it hasn’t aged well.”

Despite “some moments of surprisingly good physical comedy,” she thinks the film “manages to be both homophobic and homoerotic,” referring to a glut of gags hinging on gay panic.

Pauline also objects to the movie’s “parade of clichés about Europe." Those include British soccer hooligans, Amsterdam sex workers, and Hitler-sympathizing Germans. One bit with a handsy Italian manages to contain gay panic and clichés about Europe at the same time.

The movie’s plot centers on four hormone-addled young Ohioans set loose on the continent during the summer after their high school graduation. Mostly, they’re in Europe so that Scotty (Scott Mechlowicz) can track down his German pen pal (Jessica Boehrs), whom Scotty has only recently discovered is female and therefore his ideal mate.

While Scotty and his three friends travel through London, Paris, Amsterdam, Berlin, Rome, and other cities—though nearly everything was shot in Prague—one member of the quartet, Jamie (Travis Wester), is determined to do some sightseeing.

That’s where Frommer’s comes in.

Often seen clutching our guidebook with its distinctive red cover, Jamie habitually cites Frommer’s as an authority on everything from drinking absinthe to thwarting pickpockets by wearing a money belt, which the screenwriters describe as a “currency colostomy bag.”

The trip ends with Jamie accepting a job offer from Arthur Frommer himself.

Only that’s not Arthur Frommer himself in the movie.

Now it can be told: The filmmakers did ask our company founder and namesake to appear in EuroTrip. But as Pauline, Arthur's daughter, remembers it, when he read the script, he decided it was too raunchy and declined to participate.

But Arthur tells a different story. According to him, it wasn't the raunchiness he objected to—it was the time commitment.

“When they were filming,” the real Arthur Frommer says today, “[the producers] made a phone call to me to ask whether I would appear in the movie, playing myself. They wanted me to fly to Europe and stay there for at least three weeks.”

During all that time, Arthur would need to remain “on call”—that is, ready to show up on set whenever necessary—for a scene that lasts less than a minute in the movie’s finished version.

“I said, ‘I can’t do that,’” Arthur recalls. “I had a very busy schedule at that time. I am not able to go [to Prague] and wait for three weeks to elapse. So they went out and chose a British actor to impersonate me.”

That would be Patrick Malahide, who is probably best-known to American audiences for playing Theon Greyjoy’s ruthless father, Balon, in HBO’s Game of Thrones.

As an English Arthur Frommer in EuroTrip, Malahide wears a bowtie, a supercilious expression, and, naturally, a money belt, none of which the actual travel-writing figure, who was born in Missouri, usually has on. 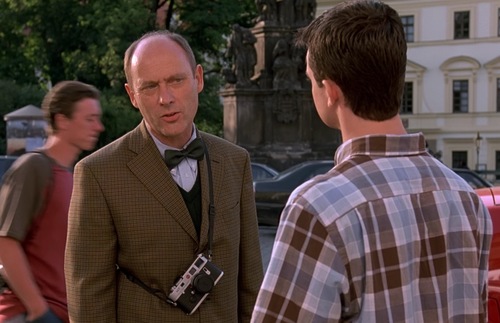 (Screenshot of Patrick Malahide as Arthur Frommer in EuroTrip)

Of his silver-screen doppelganger, Arthur says: “I don’t think he made much of his appearance in the movie. It was never a major moment.”

Take that, Lord of the Iron Islands.

Despite what may have been a forgettable cameo, Arthur says that many people still think he actually appeared in EuroTrip.

“It continues to happen about once a year,” he says. “Someone will say they saw me in that movie”—an all the more remarkable occurrence when someone says this to him face-to-face, considering that the true Arthur Frommer and the movie version look nothing alike. 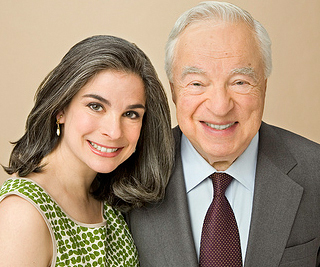 (The real Arthur Frommer with his daughter, Pauline)

Arthur's assessment of the film as a whole echoes his analysis of Malahide's performance. "I never made too much of EuroTrip," Arthur says. "I saw it once and never went back to it. I thought it was a nothing film."

In other words, not worth even a single star on the Frommer's rating system.

When asked why he thinks the EuroTrip filmmakers made Frommer’s their guidebook of choice, Arthur says simply, “The books always captured the public’s imagination.”

How else do you think we’ve stuck around for six decades and counting?

As for the many claims attributed to Frommer’s throughout the movie, allow us to make a few belated corrections:

Constantine ruled Rome in the 4th century, not the 5th. The beaches of southern France often permit toplessness, but rarely full nudity. Money belts really do stymie thieves. And Bratislava is neither featured in our Europe guidebook nor recommended as a place to make out with your sister.


For a list of travel movies we love: See our editors' roundup of recommendations.

For another case of pop-culture mistaken identity involving Arthur Frommer: See his 1963 appearance on the game show To Tell the Truth.