Thank you for subscribing!
Got it! Thank you!
Home›Trip Ideas›Arts and Culture›"Hocus Pocus 2" Filming Locations You Can Fly Your Broomstick (or Vacuum Cleaner) to See 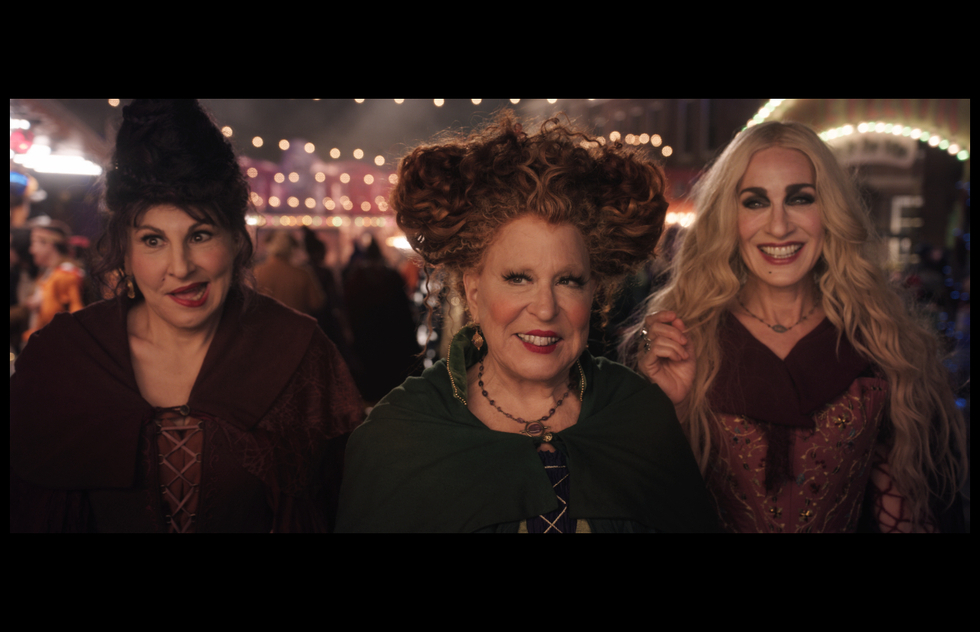 The 2022 sequel to the 1993 cult classic movie "Hocus Pocus" was shot in New England in places that are easy to visit.

Twenty-nine years after the last lighting of the Black Flame Candle, the new movie Hocus Pocus 2 resurrects the diabolical Sanderson sisters (played by Bette Midler, Sarah Jessica Parker, and Kathy Najimy) for another round of wicked witchery in Salem, Massachusetts.

That's where the tale is set anyway. The original 1993 film shot several scenes in that witch-hunting–turned–Halloween-obsessed town outside Boston (come, little children, and see our roundup of filming locations for that movie). But the sequel, set to premiere September 30 on Disney+, was filmed on location in Rhode Island in the autumn of 2021.

"Yes, Salem, we're back!" Midler exults in the trailer. But due to Hollywood sorcery, the trio actually runs amok, amok, amok in and around Providence, Newport, and elsewhere.

Here are some of the new movie's Rhode Island locations you can visit in real life. Come, we fly!

Chase Farm Park, located about 7 miles north of Providence, was used for some woodsy footage and, additionally, the film crew constructed a set here meant to stand in for 17th-century Salem. The old-timey structures have since been taken down, though the park is hosting a fall festival in October celebrating its Hocus Pocus connection with live music, costume contests, and other forms of bewitching fun.

The exterior of the Salem Magic Shoppe seen in the trailer is another temporary facade—this one occupied an empty lot at 51 Touro Street in Newport, the waterside city best known among travelers for its yacht-dotted harbor and gargantuan Gilded Age mansions.

But the town's architecture from an earlier era gets the spotlight in Hocus Pocus 2. The 18th-century Old Colony House, once the meeting place of Rhode Island's colonial legislature, serves as the backdrop for a concert stage in the film.

According to Newport's tourism office, the three witches perform the Blondie hit "One Way or Another" in front of the building. Evidently that's the sequel's answer to Midler's immortal interpretation of "I Put a Spell on You" in the original.

The Old Colony House is located in Newport's Washington Square, which the filmmakers transformed into the setting for the Salem Scare Fest carnival. 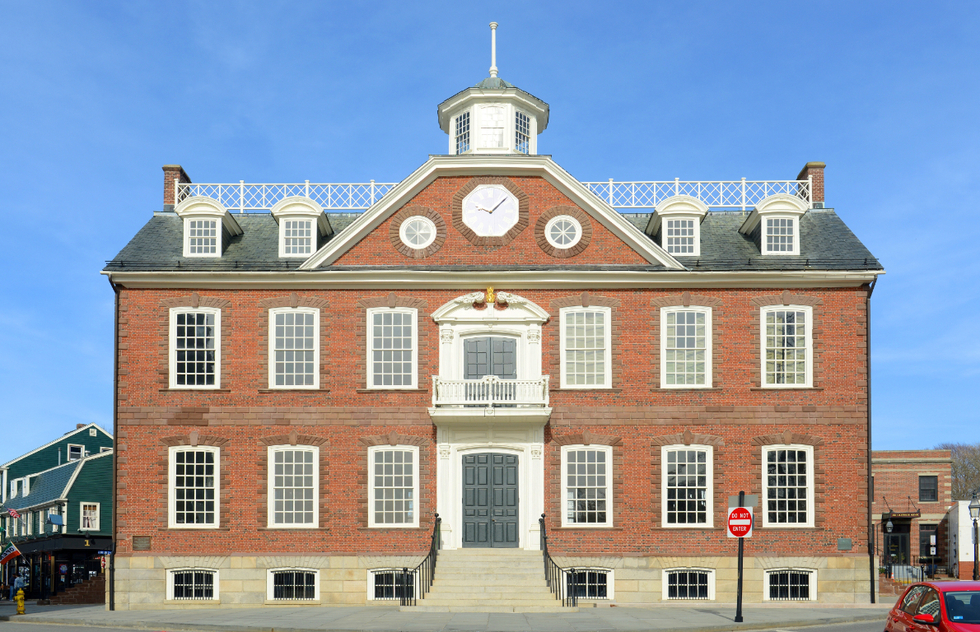 The glimpse of fan-favorite Billy Butcherson (Doug Jones) reemerging from the grave at the end of the trailer ("Stop! I am a good zombie!") includes a view of Newman Congregational Church in the background, indicating that Billy has wound up at East Providence's Lakeside-Carpenter Cemetery. 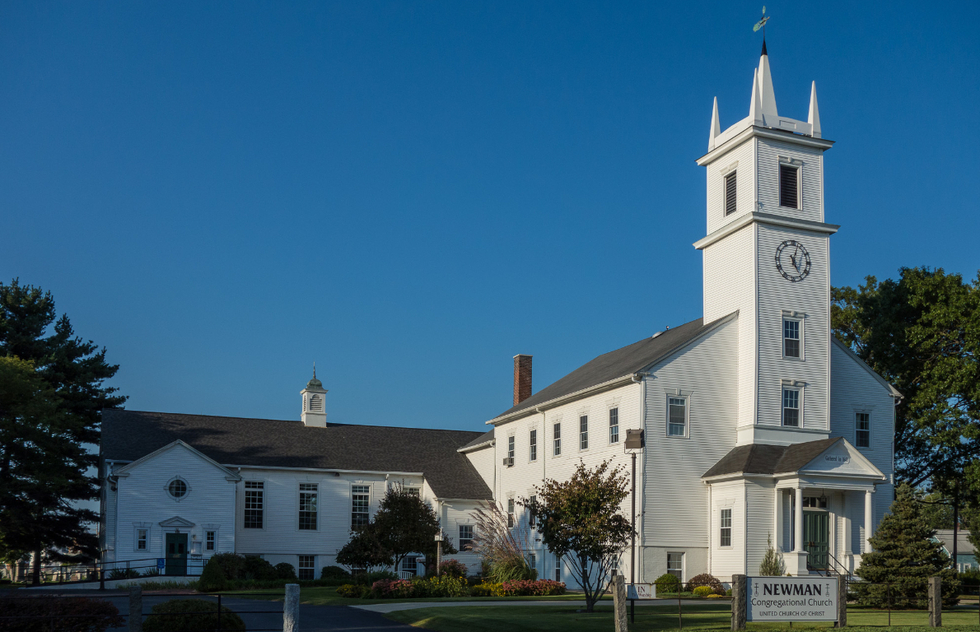 For the record, Rhode Island Monthly observes that the Walgreen's that appears onscreen is located at 135 Pitman Street.

Other Providence sites to watch out for include two schools—La Salle Academy and Moses Brown School—as well as Atwells Avenue in the Federal Hill area and the Cranston Street Armory, reportedly chosen for ceilings high enough to accommodate flying witches. (Note, by the way, that Najimy's Mary Sanderson has modernized her mode of transportation, trading in her flying upright vacuum cleaner for a pair of levitating Roombas.)

For especially dedicated Sanderson stans, completing a Hocus Pocus pilgrimage by adding visits to the original movie's filming locations is easy to do—Salem is only about 70 miles north of Providence and reachable in less than 2 hours by car or less than 3 hours by train. Our tour of Salem's sites in the original Hocus Pocus will show you where to go once you get there.