Thank you for subscribing!
Got it! Thank you!
Home›Trip Ideas›Arts and Culture›Freedom Trail: A New Walking Tour of the D.C. Area's Underground Railroad 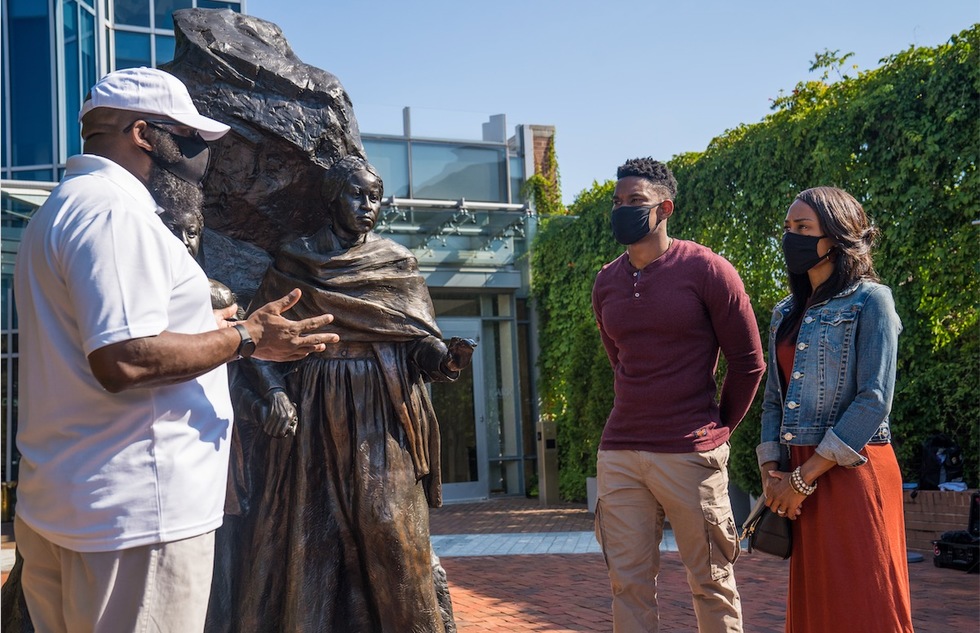 That advertisement from the 1850s was reprinted in Still’s Underground Rail Road Records, an invaluable resource that inspired a new guided walking tour in Alexandria, Virginia, the history-rich city along the Potomac River about 5 miles south of Washington, D.C.

Debuting November 1, the Underground Railroad tour is the latest offering from Manumission Tour Company, which is dedicated to bringing to light the region's Black history for travelers and locals alike.

The writings of 19th-century Abolitionist William Still proved an essential jumping-off point in creating the walk. Still chronicled the experiences of formerly enslaved African Americans who escaped to freedom via the Underground Railroad, the secret network of homes and churches where anti-slavery "conductors" helped usher enslaved people to the North.

Still took meticulous notes on more than 600 lives he touched while working with the Railroad in Philadelphia, publishing his archive in several editions starting in 1872 (you can read an excerpt at the history website Encyclopedia Virginia).

Oscar Payne, the man advertised above, made it to Philadelphia despite the bounty on his head. Still allows him to speak for himself—and to us, across a canyon of time and forgetting.

“No privilege was allowed me to study books,” Payne says of his bondage. “Three brothers and one sister have been sold South, can't tell where they are.”

The private boarding school where Payne was enslaved—but denied an education—is still in operation in Alexandria. In fact, much of the city is well-preserved, especially in Old Town, where brick walkways and 18th-century row houses haven’t changed much since George Washington hung out here (his Mount Vernon estate is less than 10 miles away). 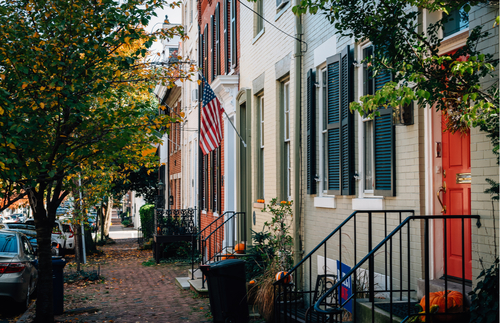 Yet not all aspects of the past have been remembered in full, according to John Taylor Chapman, a fourth-generation Alexandrian, city council member, and founder of Manumission Tour Company.

Chapman (pictured at top on the left) says that the stories of Payne and other figures who escaped slavery in the area are in danger of being lost—even to Alexandrians.

“I had one of the elders in the community, who I have great respect for, tell me there was never an Underground Railroad here,” Chapman told us. "Not only do we know of folks who came through here, but we know of folks who left from here and made it to freedom. I wanted to dispel some of the myths.”

That’s a big reason why he put together Manumission’s new 90-minute guided walk exploring Underground Railroad sites in Alexandria. From Still’s records, Chapman was able to identify 20 people who escaped from Alexandria—including Payne as well as stepbrothers Oscar and Joseph Ball, who ran away from one of those handsome brick houses (505 Cameron St.), and the Viney family, in whose rescue Harriet Tubman is believed to have played a role. Those lives form the basis of the tour.

In the years before the Civil War, the slave trade was big business in Alexandria. The Franklin & Armfield Slave Office (1315 Duke St.) was once the country’s largest firm specializing in domestic trafficking, sending at its height in the 1830s an estimated 1,800 enslaved people per year to the Deep South, where cotton production depended on huge amounts of captive labor. The site's “slave pens,” where the human merchandise was corralled like cattle, were eventually destroyed. Today, the interior’s Freedom House Museum documents the horrors that took place there.

Not far away on Duke Street stands the two-story, Federal-style brick building known as Bruin’s Slave Jail (1707 Duke St.), where African Americans were imprisoned by slave trader Joseph Bruin while he looked for buyers. (The building now houses business offices and is not open to the public.) 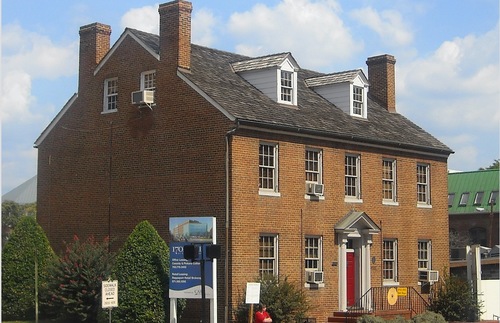 Underground Railroad sites, by contrast, were necessarily clandestine, but Chapman argues that the evidence suggests Alexandria was a stop for those on the run before crossing the Potomac to reach the nation’s capital and other points North. In addition to paying visits to the historic homes in Old Town from which the enslaved escaped, Manumission's tour guides point out the places where, historians believe, conductors temporarily hid people fleeing slavery in North Carolina and other parts of Virginia.

“A couple steps from our City Hall [301 King St.], there is a former safe house that’s still standing and has now been reused as a modern home,” he says. “We do still have this history among us even if we don’t know it.”

Free Black families and members of the Quaker community in Alexandria likely worked as Underground Railroad conductors. Anti-slavery Quaker activist Henry Hallowell is thought to have used the Lloyd House (222 N. Washington St.), where his father taught school, as another secret way station.

Chapman sees it as his mission to reclaim these often overlooked figures—brave seekers and abettors of freedom, as well as those crushed under a barbarous system—and restore them to the American story.

“Young people growing up now are going to hear and be able to see a more complete picture of history,” he says, “and understand that there weren’t just George Washington and his contemporaries. There were free Blacks and enslaved people as well. Being able to know what their contributions were to building up this community is important.”

Manumission Tour Company’s Underground Railroad walking tour of Alexandria, Virginia, is available on weekends. The cost is $15 per person. To make a reservation, learn about the company’s other guided tours, and familiarize yourself with required Covid-19 precautions such as masks and social distancing measures, visit ManumissionTours.com.