Thank you for subscribing!
Got it! Thank you!
Home›Trip Ideas›Arts and Culture›Step Into the Past with Black History Walking Tour of Civil War–Era NYC 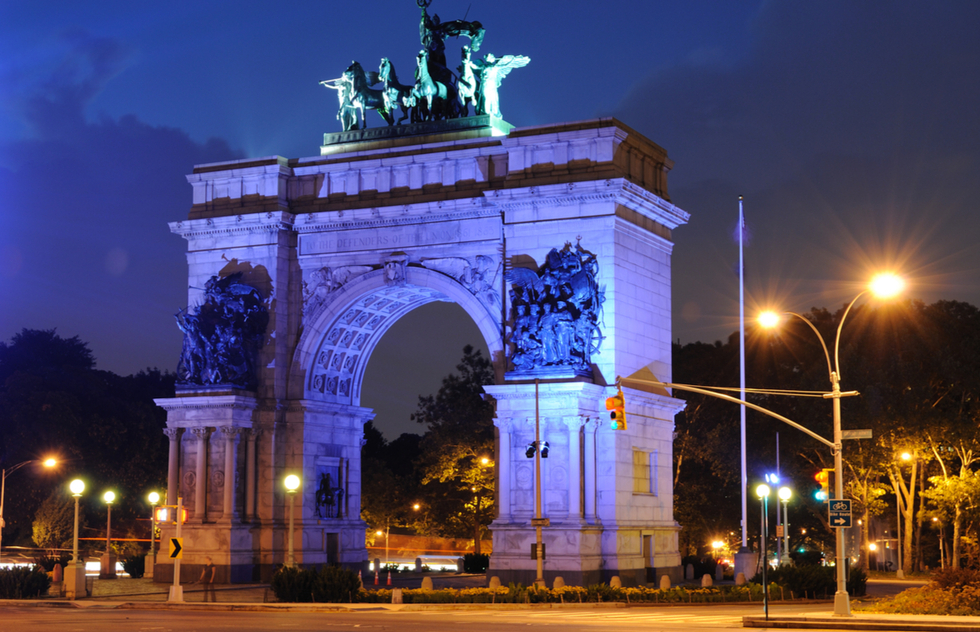 Though never the site of any Civil War battles in the conventional sense, New York City became a flash point in the conflict during July 1863, as detailed in a new historical audio tour for walkers in Manhattan and Brooklyn.

Rather than the result of clashing armies, the mayhem that erupted in New York that summer distilled the country’s crisis into a fury of racial violence targeting the city’s Black population.

Commissioned by The Shed cultural center at Hudson Yards, Fighting Dark is a free, self-guided tour featuring audio narration written and voiced by Kamau Ware, an artist and storyteller whose Black Gotham Experience offers guided walks, talks, and multimedia events chronicling Black history in the city well before the better-documented era of the Harlem Renaissance. 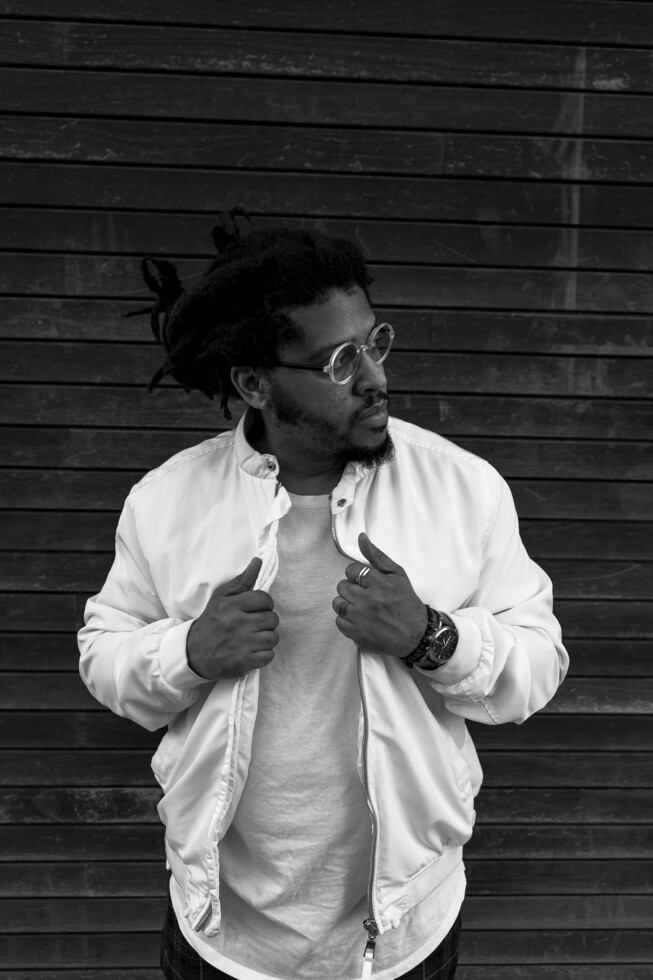 The subject of the tour is the domestic disturbance usually known as the Draft Riots, which began on July 11, 1863, with a protest by mostly Irish and other working-class immigrants against conscription in the Union Army. (The rioters were working class because the law permitted draftees to buy their way out of military service for $300, an amount only the wealthy could afford.)

Ware objects to the “Draft Riots” label, though, because, he says, it’s a way to “obfuscate the racial violence against Black bodies” that was, in fact, the week’s defining feature.

“If you call it a Draft Riot,” he told me, “you basically name just the first six hours of four or five days of activities. By 4 o’clock on Monday afternoon, Black people were a consistent target.”

The riot would not begin to subside until Thursday. By then, more than 100 people were dead, and, according to historian Leslie M. Harris, at least 11 Black men had been lynched, Black-owned homes and businesses had been torched, and untold thousands of Black New Yorkers, as well as some white abolitionists and others viewed as sympathetic to African Americans (such as white women married to Black men), had been beaten, tortured, and otherwise terrorized by frenzied mobs.

Fighting Dark recounts the events in sometimes harrowing detail, starting with the tour’s first stop, the former site of the Colored Orphan Asylum at Fifth Avenue and 43rd Street near Bryant Park in Midtown Manhattan. The building was ransacked and burned on the first day of the riots—miraculously, all of the more than 200 children who lived there survived. A vacant lot catty-corner from an Urban Outfitters and the North Face is all that remains today.

“It’s been 158 years and New York City still has not marked any of the locations where the [violence] took place,” Ware points out. 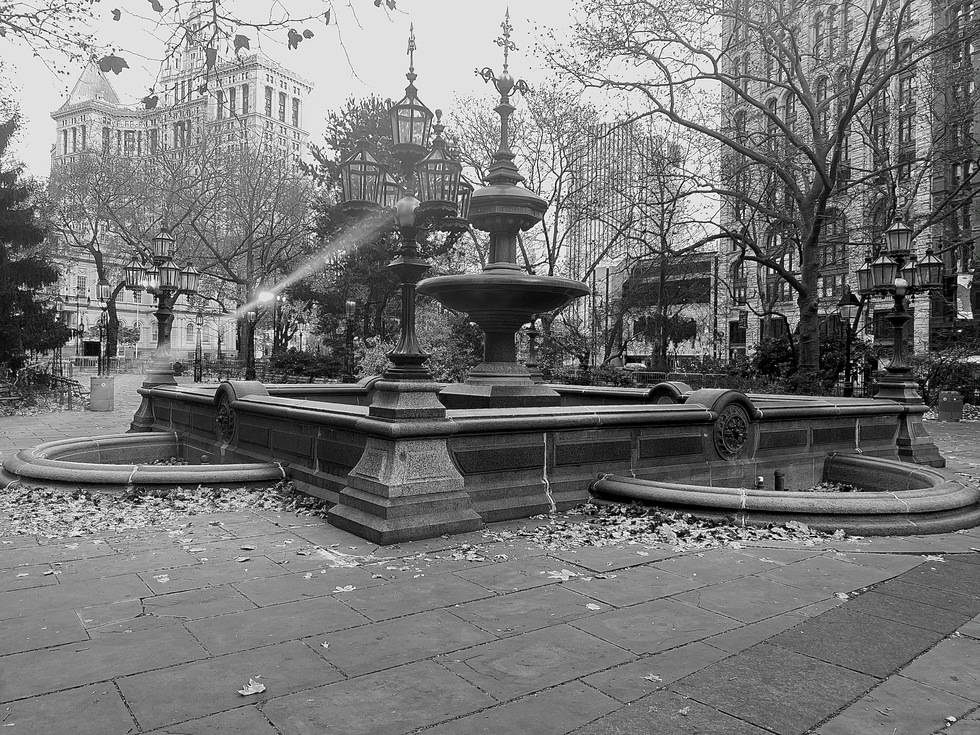 As the tour moves to Lower Manhattan (you’ll need to take the subway or a cab), Ware supplies a deeply layered account of the buildup to the riots. During a stop at City Hall Park (between Broadway and Park Row), the narration explains how Southern-sympathizing newspapers once located nearby stoked racist resentment, while a visit to Tweed Courthouse (52 Chambers St.), named after notorious politician William “Boss” Tweed, gives Ware occasion to describe how the Tammany Hall machine weaponized Irish workers in fear of competition for jobs from emancipated Black Southerners streaming northward.

He also covers the riots’ aftermath. There are stirring examples of Black resilience, such as the enlistment of New York State’s first African American troops, commemorated with the inclusion of a Black soldier among the sculptures on the Arc de Triomphe–esque Soldiers' and Sailors' Memorial Arch (pictured at top) at Grand Army Plaza in Brooklyn (requiring another subway or taxi ride). 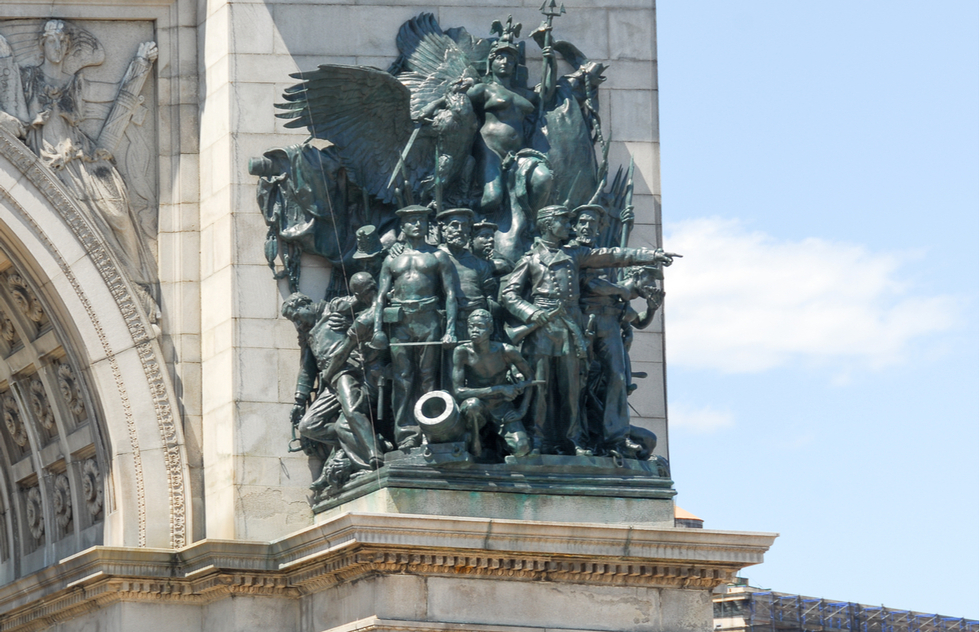 (Sculptures on the Soldiers' and Sailors' Memorial Arch in Brooklyn; a Black man is depicted kneeling and holding a pistol in front; photo credit: Felix Lipov/Shutterstock)

As in the racist terror killings that took place in the South after Reconstruction, the families of the victims of New York’s 1863 race riots didn’t get justice, and the rioters faced few, if any, legal consequences. I asked Ware if the whole thing played like a dry run for Jim Crow.

“More than a dry run,” he answered. “This is where the recipe was created. Because New York is in the North we don’t look at it that way, but you can’t understand white supremacy just looking below Virginia.”

You can listen to the audio tour from anywhere by visiting The Shed’s website and clicking the thumbnail for each stop on the route; an accompanying film will soon be archived there as well. But the nuanced, prismatic effect of Fighting Dark is best experienced on your feet.

For Ware, walking to historical places is a way of not just recovering the past but “embodying” it, which he thinks can be a catalyst for taking meaningful action in the here and now.

“Walking is something we all take for granted,” Ware told me. “We often minimize an effort by calling it baby steps. But I remind people, as a father who’s watched a baby work hard for those steps, baby steps aren’t easy. Steps come together and build a journey, and then, when the journey’s over, let that all sit with you and have some results afterwards. Okay, you burned some calories, but hopefully you also have some new insights that tingle after the experience.” 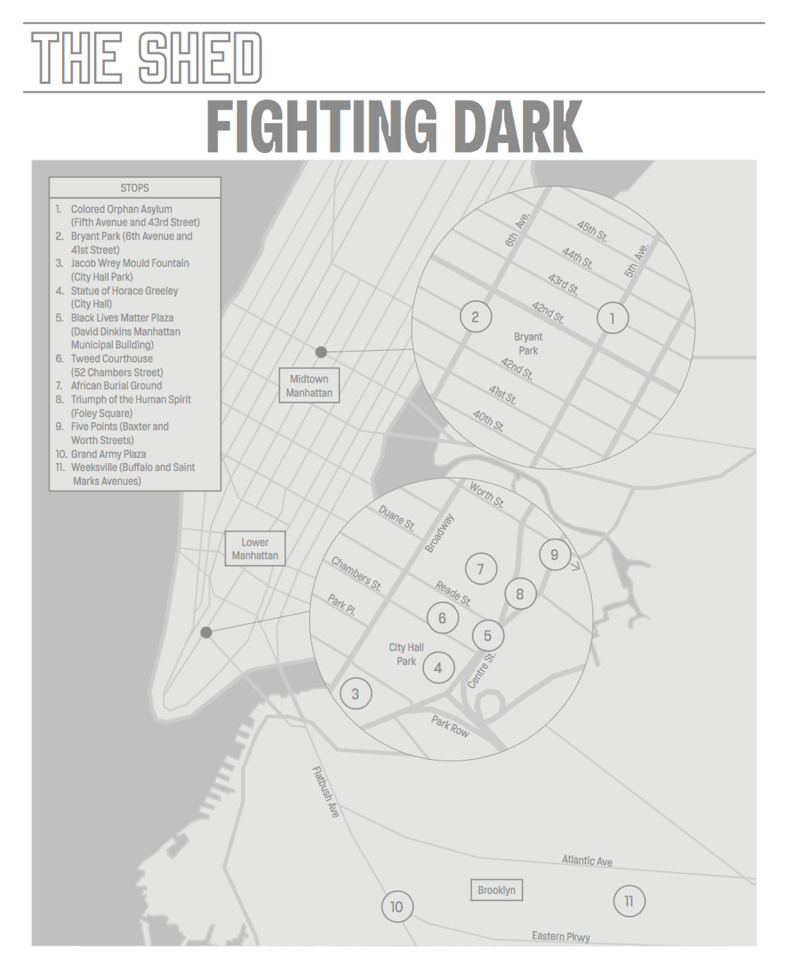 The Shed’s Fighting Dark audio tour can be heard for free at TheShed.org. The 11-stop itinerary starts in Midtown Manhattan, then goes to Lower Manhattan and concludes in Brooklyn. Google maps can be downloaded with the audio to help you find each location and public transit links.