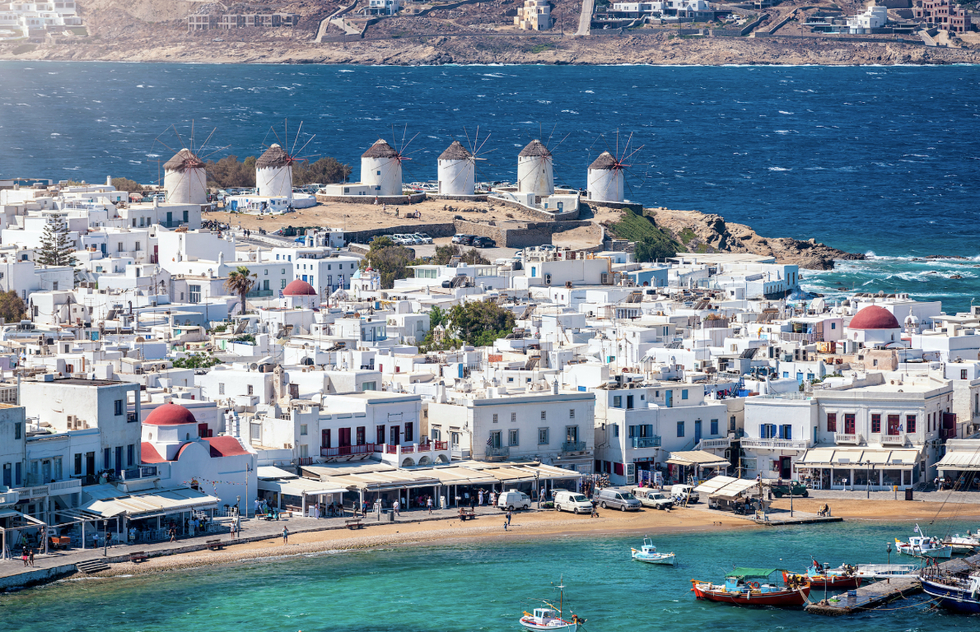 $500 for Oysters? How Tourists Can Avoid Big Overcharges at Restaurants

A beach restaurant on the Greek island of Mykonos (pictured above) has garnered a lot of negative attention this summer for allegedly charging tourists prices that make LaGuardia Airport's notorious $27 beer look reasonable by comparison.

Several high-profile complaints have been lodged against the business, a seafood joint called DK Oyster.

A pair of Canadian honeymooners claimed the place charged them nearly $600 (about €585) for a dozen oysters, one beer, and an Aperol spritz.

Then, just a few days later, a New Jersey couple came forward to say that they, too, had been overcharged by the same restaurant—to the tune of about $510 (€500) for two beers, two martinis, and, again, a dozen oysters.

In both cases, the tourists said DK Oyster staffers pressured the visitors to order without menus, and then employees got aggressive and intimidating when the sticker-shocked diners balked at the bill, which both sets of couples say they ended up paying in full in order to get out of there. The New Jerseyites described being surrounded by a group of "big, hulking" waiters.

The restaurant's dismal Tripadvisor reviews seem to bolster the rip-off claims. Not to mention that DK Oyster was recently fined by the Cyclades Regional Tourism Agency for charging an American mother-daughter pair hundreds of euros for two mojitos and some crab legs, according to news reports.

Nevertheless, the restaurant's owner, Dimitrios Kalamaras, has reportedly accused his critics of making "false" claims and of being "influencers looking to get famous."

Of course, Greece isn't the only place where tourists face the danger of getting overcharged for food and drink. This week reports emerged of certain dishonest restaurants in Spain adding fees for each time a server visits a table or refills tap water.

Given that our traveling savvy may have gotten a little rusty during the stay-at-home portion of the pandemic, maybe we could all use a refresher on how to avoid a lunch bill that's higher than our monthly car payment.

As it happens, DK Oyster's Kalamaras has some pretty good advice in this regard, though he's not very nice about delivering it.

Deriding his alleged scam-ees, Kalamaras has asserted in his defense that no traveler "in their right mind" should order from a "waiter who refused to present a menu."

He has a point. You should never order without knowing the price of what you're ordering.

Even the consumer advocacy group Travelers United warns that if you "order without a menu, you have only yourself to blame when the bill comes."

Don't skip the fine print, either—keep an eye out for extra charges for stuff like service or bread or unusual pricing structures such as payment by the pound or by the person. If you don't understand anything, ask the waiter or a manager for clarification.

Travelers United also recommends that you familiarize yourself with the local dining culture before you try sampling the food scene. "If you’re in Italy, for example, sitting down in a cafe, as opposed to standing at the bar, can double the price," the group's guidance points out. "It’s really not a rip-off—it's Italy."

The method of payment can also present pitfalls. Cashless systems are quickly becoming the norm in Europe, as Frommer's has found, but all legit restaurants should bring a portable console right to your table for charging your credit card. Don't let servers take your card out of your sight.

And if you do pay in cash, Travelers United advises keeping close watch on how much you get back so that you're not shortchanged.