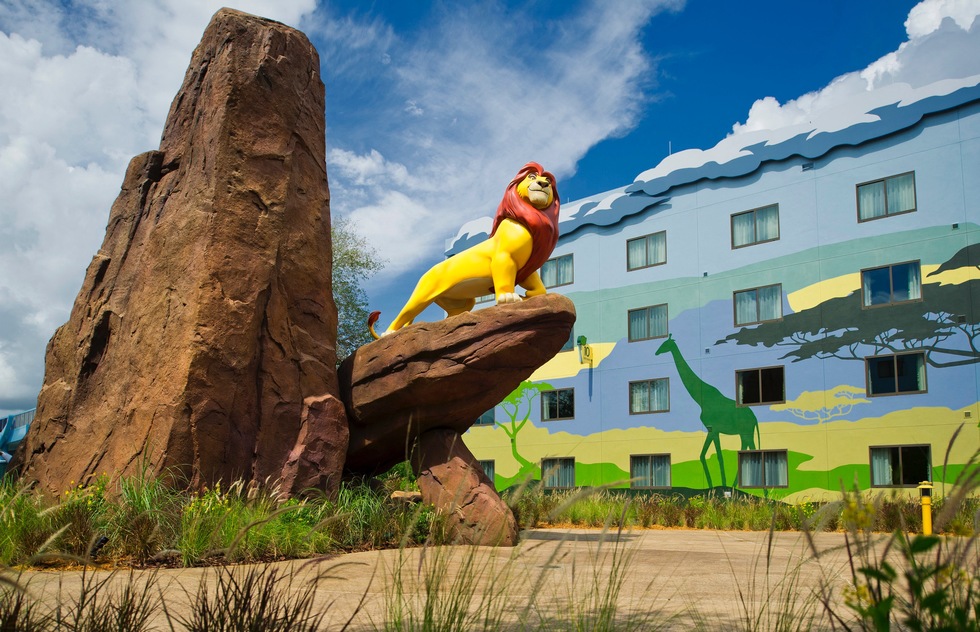 Disney World Guts Guest Benefits at Its Hotels: Why Would You Stay Now?

From a value standpoint, it's already a highly debatable decision to stay within the borders of Walt Disney World at a Disney-owned hotel. Those properties easily cost at least twice as much as hotels of comparable quality just a few miles away.

People who choose to submit to the inflated expense will tell you they have their reasons. One frequently heard justification is the importance of being closer to "the magic," whatever that means to those who say it.

Those guests will also list the freebies that usually come with an on-property Disney stay.

Frommer's previously issued a friendly warning to consumers that Disney's theme park experience has been slashed while prices have remained the same. Now, the perks for staying at a Disney-run hotel have also been gutted.

First, Disney announced it will eliminate the free Disney's Magical Express coach service from Orlando International Airport. This was a pivotal benefit because it liberated families on a budget from having to rent a car. It also freed families from the headache of lugging baggage around—bus crew picked up bags at the airport and delivered them straight to Disney hotels, enabling guests to go straight to the theme parks if they so chose.

Walt Disney World provides free, limited shuttle bus transportation within the campus, and that's not going away. But the free bus from the airport will be gone, requiring many more families to rent cars while they're in Florida.

Disney's Magical Express goes away in January 2022, when the company's contract with Mears Transportation, the service's operator, reportedly expires.

The news must delight Universal Orlando and other area attractions like Gatorland, SeaWorld, and Kennedy Space Center, which for years have watched helplessly as potential visitors remained on Disney property because they used Disney's Magical Express and lacked the means to drive away. Soon, more Disney vacationers will have wheels of their own—which will mean they can drive themselves to explore other stuff nearby.

But the change will add to vacationers' budgets because parking is no longer free at Disney hotels. Three years ago, after years of proudly supplying complimentary spaces to hotel guests, Disney began adding stiff fees (as much as $25 a night for self-parking) to bills.

In the future, customers should be able to take the train to Disney from Orlando International Airport (MCO)—a Brightline expansion was announced two months ago. But we're still years away from that project's completion, and Magical Express will end long before.

And that's not the only perk Disney is stripping back.

Extra Magic Hours, a long-running tradition that gave Disney hotel guests exclusive entry to a theme park for an hour or two each day, is being scrapped. The benefit was a real value because lighter crowds enabled many guests to enjoy several rides in a row before the gates opened to the general public, stretching their vacation dollar.

Instead, guests will get a mere 30 extra minutes, a downgrade that won't be enough time to get much of a head start.

The resort has decided it also will no longer furnish free MagicBands to incoming guests with package reservations.

Previously, guests with such bookings would receive ahead of their visits their very own multipurpose ID bracelets that were pre-linked to their accounts. For little kids, those mail deliveries could feel like a second Christmas, while adults were spared one more hassle during check-in.

But the MagicBand benefit was rescinded this month. Now guests who want wristbands ahead of time must pay an additional $5 fee or, if they decide to get them after reaching the property, must purchase out-of-pocket and go through the trouble of linking the bands to the smartphone app. Each band costs $15 and up.

During the pandemic, the resort has also ended the FastPass+ system, which allowed visitors to make timed reservations to join faster lines at attractions. Now, for the sake of social distancing, all attractions have just one, general-admission entry queue.

One much-ballyhooed benefit of paying double for a Disney hotel had been the privilege of making FastPass+ reservations 60 days ahead of time, as opposed to 30 days for the general public. With even that perk gone, there's no word from Disney about when—or even if—FastPass+ will ever return.

Also gone: the ability to have souvenir purchases sent from the theme park to your hotel room. The pandemic put that on pause as well, maybe forever.

Even Disney Dining Plans, which are prepaid food-and-beverage packages available only to Disney hotel guests, have been suspended.

Taken together, nearly everything that made a Disney hotel arguably worth the expense has been eliminated. In fact, many families who soon will have to pay to park a car will actually find the experience even more expensive than it was in early 2020.

So why pay more for a Disney hotel now?

It's a thin list of reasons indeed. There's the free intra-resort shuttle system, but, technically, that's free to everyone, hotel guest or not.

There's the ability to charge theme park purchases to your room—that's still valid.

Guests also get recorded wake-up calls from Disney characters and the right to purchase mugs for endless soda refills, but no one would consider those features enough to justify doubling the cost of Orlando accommodations.

Overall, it's been disappointing to watch Walt Disney World scale back services across the board without a commensurate reduction in prices. Would-be customers should be made aware that they are now getting dramatically less for their buck on a Disney vacation—which was already infamously expensive to begin with.

Meanwhile, the theme parks and hotels of Disneyland in California remain shuttered, having failed to obtain safety clearances from the state. There, as a community service, a satellite parking lot of the Disneyland resort campus will be used as a "Super Point-of-Dispensing" site for mass vaccination against Covid-19.

Jason Cochran is the author of the award-winning Frommer's EasyGuide to Disney World, Universal & Orlando (paperback and ebook).