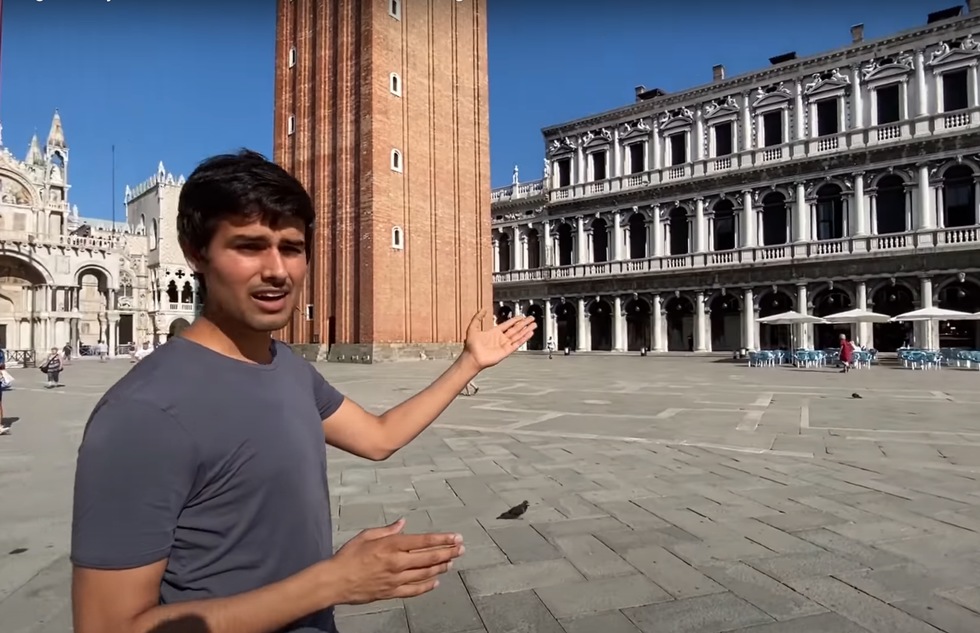 Does This Look Fun to You? Vloggers Show What Travel Is Like Now

What's travel like these days? Now that things are reopening elsewhere in the world, are you missing out on the fun?

You don't have to wonder. YouTube has the answer.

The first travelers are trickling back to post-shutdown destinations and posting their experiences online as video blogs. The world they're showing us is, in a word, different.

Here's Dhruv Rathee, who has amassed 4 million subscribers for his activism and political commentary. This week, he branched into travel vlogging by wandering around Venice with a never-before-seen female companion.

Italy's still pretty, but it doesn't look like there's much to do at the moment. And swarms of birds and mosquitoes appear to have taken over the city.

The video is in Hindi with a smattering of English, but you won't have much trouble following—or understanding Rathee's struggle to find a decent meal.

Joae Kwhak flew from Los Angeles to Seoul via Vancouver. From nearly abandoned airports to Covid-related check-in hassles, her experience illuminates the unusual circumstances we're all moving through right now.

Kwhak's arrival at Incheon International Airport is particularly eye-opening. Get a gander at the multiple forms, security checks, and crowd-control precautions the South Korean authorities have undertaken to keep their country's health and safety in check. The vlogger's quarantine hotel provided her with a welcome kit containing PPE, masks, and instant pot noodles. She'll be posting more updates as time passes.

Popular travel blogger TheLifeOfJord got on a flight for the first time since lockdown because he wanted to go to Spain to visit his mother (who, may we say, could pass for his sister). He found few shops open at London's Luton Airport and occasional confusion over mask requirements, but he made it, and he'll be posting more vlogs from Spain over the coming weeks.

Englishmen Matthew and Gavin, who vlog as Magical Travels of Two, flew from Bristol to the newly reopened Disneyland Paris (wearing their own custom-designed Mickey face masks) and documented every step, including the 45-minute flight, the park's security area, and the redesigned queues for attractions. The pair didn't even check into their hotel (which is part of the Ibis chain) until after they'd ridden Big Thunder Mountain Railroad—and because the lines are nearly nonexistent right now, they could.

Luka & Clary (minus Clary) decided to celebrate the end months of lockdown by visiting Rome. Luka hits the Metro and the Piazza del Popolo, both remarkably free of people. There's not much narration on this one—but check out those striking shots of an unusually empty city in what should be peak season.

Getting her road trip on, Cynthia Jasmin packed a minivan full (and we mean full) of kids and extended family for a high-spirited trip from Southern California to Sedona, Arizona. Along for the ride, we join them on a pit stop at Lake Havasu (you'll ride across the London Bridge, built over the River Thames in the 1830s and moved to the desert in 1971). They find the water is beautiful without all the boats that normally stir up the mud. Even though the drive isn't quite seven hours long, the culture shock amazes our host. "What I noticed is a lot of people are not wearing their masks," she says, "which is kind of bizarre because in California, everybody's wearing their mask. But we're not in California. We're in Arizona."


From their hotel room, Dave Bondy and family chronicle their experiences traveling in Michigan. Some of the biggest issues they've faced had to do with crowding—whether it was long lines to get into restaurants or being kicked out of one store after too many people came inside. From the looks of things, Summer Travel in 2020 isn't getting rave reviews from the Bondys.