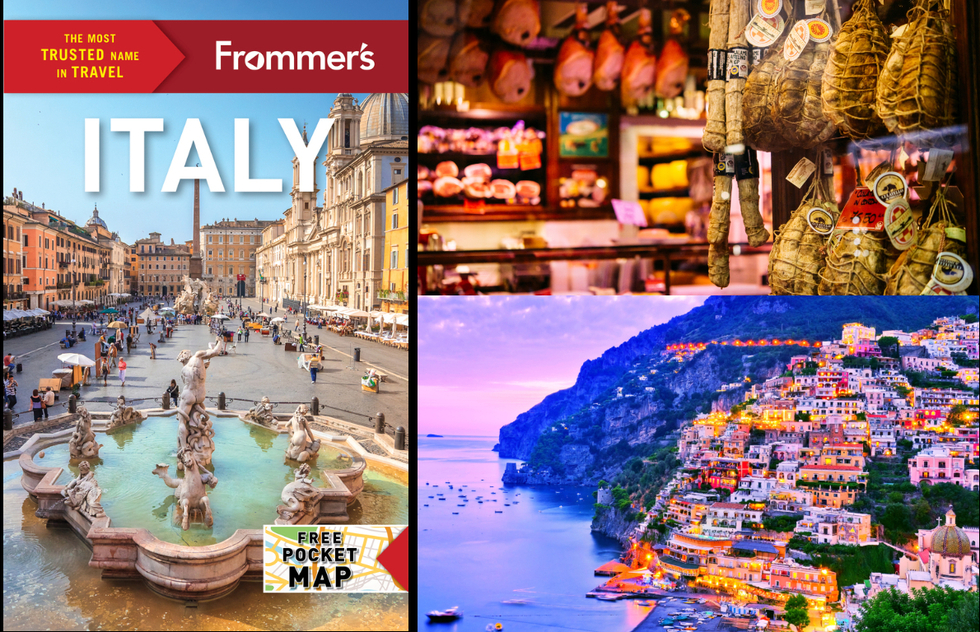 In many parts of Italy, tourism could return to pre-pandemic levels this summer. But after two years containing more twists and turns than a drive along the Amalfi Coast, the tourism landscape in Italy—as in every other part of the globe—has changed significantly, from the introduction of new restrictions, such as Venice's impending entry fee, to the opening (or reopening) of cultural and historical sites connected to Pompeii, Fellini, and points in between.

If you plan to join the lucky throng visiting Italy in the near future, you could use a trustworthy, up-to-date guide to show you around. Good thing that Frommer's has just released the latest edition of the comprehensive Frommer's Italy, which has been fully revised and was researched entirely after the lifting of Italy's Covid lockdowns—which Frommer's author Michelle Schoenung assures us were "no joke."

Setting out to equip readers with everything they need to enjoy an Italian vacation in 2022 and beyond, our team of veteran travel journalists end up supplying fresh evidence (as if any were needed) of Italy's unrivaled power to captivate visitors—this year or any year.

And don't even get us started on the food.

In an earlier post, Frommer's authors Elizabeth Heath, Donald Strachan, and Stephen Keeling shared what's new and noteworthy in Rome, Florence, and Venice, respectively. This time, we checked in with the remaining authors of Frommer's Italy—Michelle Schoenung and Stephen Brewer—for advice and recommendations for seeing other parts of the country. 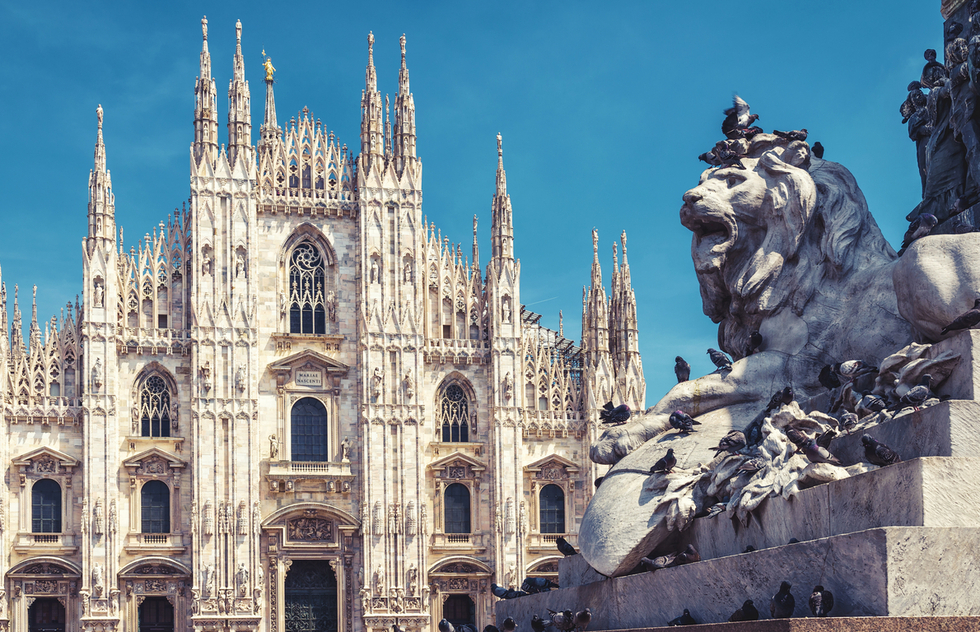 FROMMER'S: How did you become a travel writer specializing in Italy?

MICHELLE SCHOENUNG: I'm originally from the U.S. I moved to Italy in 2000 from New York City, where I had worked in the publishing industry. It was to be a one-year adventure, and I'm somehow still here. I live right outside Milan with my two kids. I've been writing about Italy since I moved here, so for more than 20 years now.

STEPHEN BREWER: I began renting part of a farmhouse outside Cortona in Tuscany in the 1980s and have been going back and forth from my home in Manhattan to Italy ever since. No matter where else I go in the world, Italy always seems like a second home to me. I worked for magazines for many years, so I always managed to work in stories about Italy, and I also began writing for Frommer’s Italy from $70 a Day. I guess the title gives away how long ago that was.

[That book was published in the late 1990s, before Frommer's stopped putting dollar amounts in book titles.]

SB: I still love seeking out good-value places and experiences, especially now when it’s so easy to spend $500 and up for a hotel room or $200 on a meal for two. One way that Frommer’s can really help readers is by pointing out the great deals, especially in expensive locations like the Amalfi Coast or Capri—and all the better when a place has a lot of local character.

We list the Fenice [bed-and-breakfast], perched on a cliff outside Positano, with its own beach in a cove and all the scenic beauty of a five-star resort at three-star prices. My favorite place to stay in Palermo is Butera 28, the palace of the Duke and Duchess of Palma, who rent short-stay apartments filled with their old family pieces. In Tuscany, La Bruciata is a wonderful agriturismo overlooking the Val d’Orcia and within walking distance of Montepulciano.

What was it like being in Italy during the height of the pandemic?

MS: Italy has had very serious restrictions compared to a lot of other countries. At the height of our lockdowns, I would talk to friends and family in the U.S. who thought they were "locked down," but they were going out for walks, runs, bike rides, and picking up takeout orders at local restaurants. I don't think anyone who wasn't here will ever understand the extent to which we were locked down for months.

I was able to go out about every 10 days—with a permission slip and passing two police checkpoints—to go to a nearby supermarket for provisions. But my kids never went outside. At a certain point, my then–8-year-old asked me to pull up Google Street View so he could remember what our neighborhood looked like. 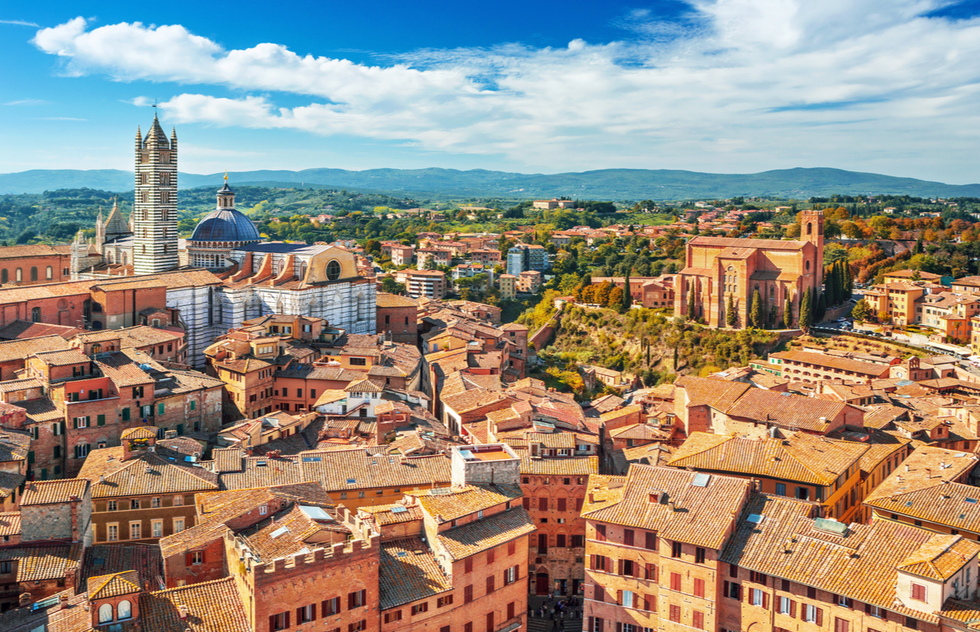 Now that Europe has opened up more, there are new things to worry about like soaring gas prices. What are some easy and affordable ways to get around in Italy?

SB: I make it a point to find a base and use public transport, partially because rental cars and fuel are so expensive. Plus, in the interest of the environment it’s satisfying not to be driving. Also, when you’re not isolated in a car, you’re mingling with Italians and seeing out-of-the-way places. We include lots of tips [in the book] about using public transit, and we cover cities that make especially good bases.

A top choice for me is Bologna, where it’s easy to get by train to Ferrara, Ravenna, Parma, and Modena. Not only is the food in Emilia-Romagna exquisite, of course, but all these cities are filled with art treasures, from the Renaissance palaces of Ferrara to the Byzantine mosaics of Ravenna. Plus, they are much less crowded than some other places in Italy.

Siena is not only one of the most beautiful cities in the world but also a great base for exploring Tuscany, with excellent bus and train connections to San Gimignano and most of the other smaller towns. Naples is another handy base; from there you get by train to Sorrento at the top of the Amalfi Coast, as well as to Pompeii and Herculaneum, or by boat to Capri and Ischia.

From Palermo you can easily get to Agrigento and Cefalù by short train trips, and Trapani and the west by bus. I’ve had an easy time getting around even rural Puglia on the train and bus network of the Ferrovie del Sud Est.

What's some stuff you're excited to share with readers of the new book?

SB: It’s satisfying to tip readers off to good walking tours, which I really enjoy. Food tours of Bologna, Palermo, and Naples especially enhance a visit to those food-oriented cities, and in many other places you can sign onto some really informative and entertaining walks—through the Sassi di Matera, for instance, and in Assisi, a friar gives free tours of the basilica a couple of times a week.

Why is now a good time to visit Italy?

MS: I think now is a good time because tourists are more appreciated than ever before. We lived through a very dramatic situation and seeing Italy empty was incredibly depressing. I don't think tourism is taken for granted at all now. Come visit! We need you and appreciate you!