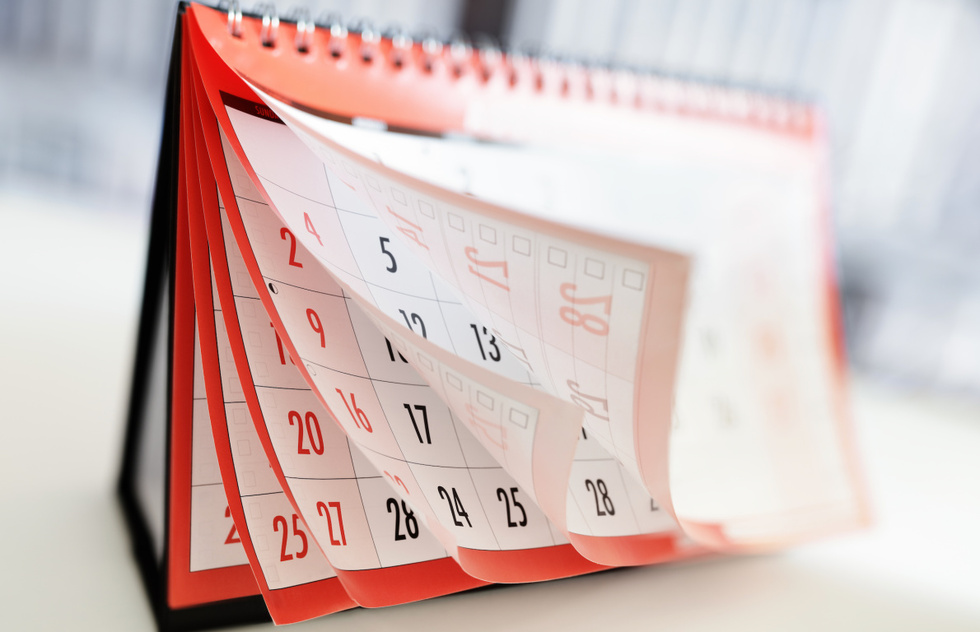 New Data: When to Book Flights and Hotel Stays to Save on Travel in 2023

With travel costs up across the board, it's more important than ever to find savings wherever you can.

According to the travel booking app Hopper, one way to cut vacation costs significantly is by mastering the art of timing flights and hotel stays.

Or maybe it's less an art than a science? In a new report, Hopper's researchers have crunched 8 years' worth of travel data and approximately three bazillion hotel and flight prices to come up with what the company calls the "ultimate cheat sheet for planning travel in 2023."

All of the report's tips have to do with optimizing travel timing—when to book, when to fly, when to stay—so that you save money and improve the quality of your getaways in 2023.

Here are six key takeaways that tweak the rules for travel in 2023.

How to Find Cheaper Flights

• Book 1–2 months in advance for domestic flights, 3–5 months in advance for international. Airfares tend to rise rapidly in the last 3–4 weeks before departure, Hopper's research found, so whatever you do, don't wait till the last minute. For long holiday weekends in spring and summer (such as the days around Memorial Day and July 4th), even domestic destinations may require 3–4 months of lead time to get the best prices.

• Fly in the middle of the week. Frommer's has recommended this course of action before, but it bears repeating—and Hopper's research reinforces the strategy.

According to the report, domestic travelers who depart midweek (usually Wednesday) can save an average of $56 per ticket on domestic airfare—or more than $60 per ticket during spring break and summer, and more than $100 per ticket over the end-of-year holidays.

Similarly, Hopper found that midweek prices for international travel are an average of $70 lower than weekend trips.

When it comes to airfare, weekend warriors are fighting a losing battle. 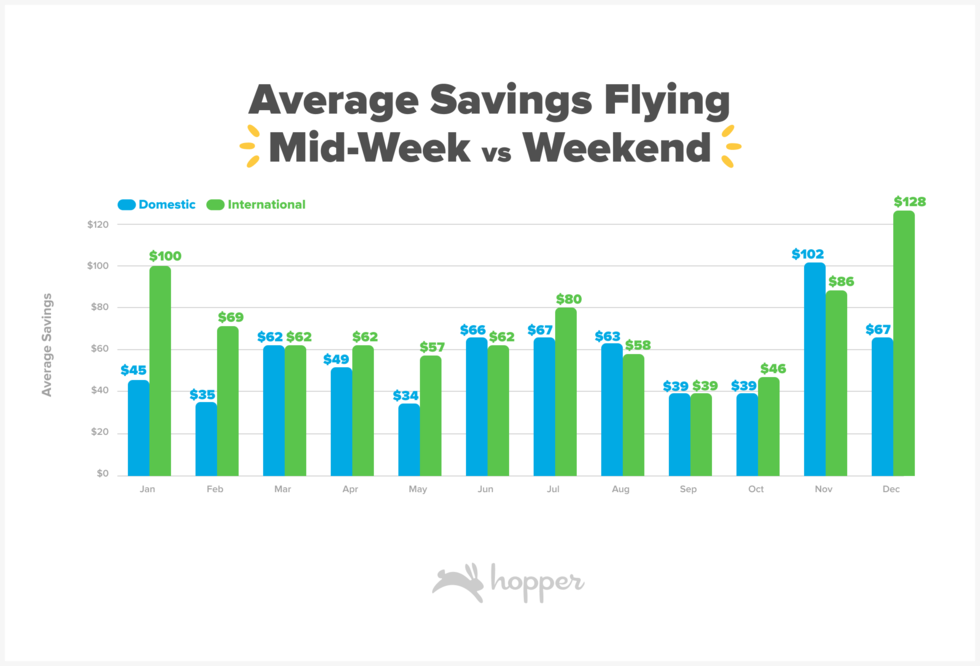 • Catch the first flight of the day. This one doesn't really have to do with saving money, but it's good to know. Per Hopper's research, flights departing after 9am were, on average, up to 2 times more likely to be delayed than departures between 5am and 8am. Cancellations are usually higher at the end of the day, too, according to the report, with an average of more than 3% of flights meeting that fate between 5pm and 10pm last year.

How to Find Cheaper Hotels

• Book at least 3 months in advance for warm-weather destinations. Hopper's data shows that travelers can save up to 50% off peak prices for hotels in warm-weather faves like Las Vegas and Miami by booking rooms way ahead of time. This guidance holds especially true, researchers say, during the busy winter and spring seasons, when residents of colder climes are yearning for a sunny escape.

• But you can save by booking at the last minute in other big cities. Because there are more hotels competing for guests in large cities, owners will sometimes drop rates to fill empty rooms. Hopper advises waiting to reserve a room until 3 weeks before your planned arrival, and you could save up to 30% off peak prices.

• Check in early in the week. Evidently, weekend warriors don't fare any better at hotels. Weekend rates are on average 25% higher than stays on Sunday, Monday, and Tuesday, Hopper found. If those days won't work with your schedule, even making your weekend getaway a Saturday-to-Monday thing rather than a Friday-to-Sunday situation could knock 10% off your bill.

Shuffling your itinerary so that you avoid a Saturday hotel stay altogether will help you avoid a weekend premium that Hopper calculates to be at least $70 higher than on other nights of the week in cities such as Las Vegas ($170 higher on Saturdays), Miami Beach ($179), New York City ($88), Tokyo ($76), and London ($70).

Finally, Hopper has created the following chart with helpful advice on when to book flights for the year's remaining holidays. If you were thinking of taking a trip for Presidents' Day or Saint Patrick's Day, you better get on that, like, now.

To see the full report (including a larger version of the 2023 Holiday Guide), go to Hopper's website.