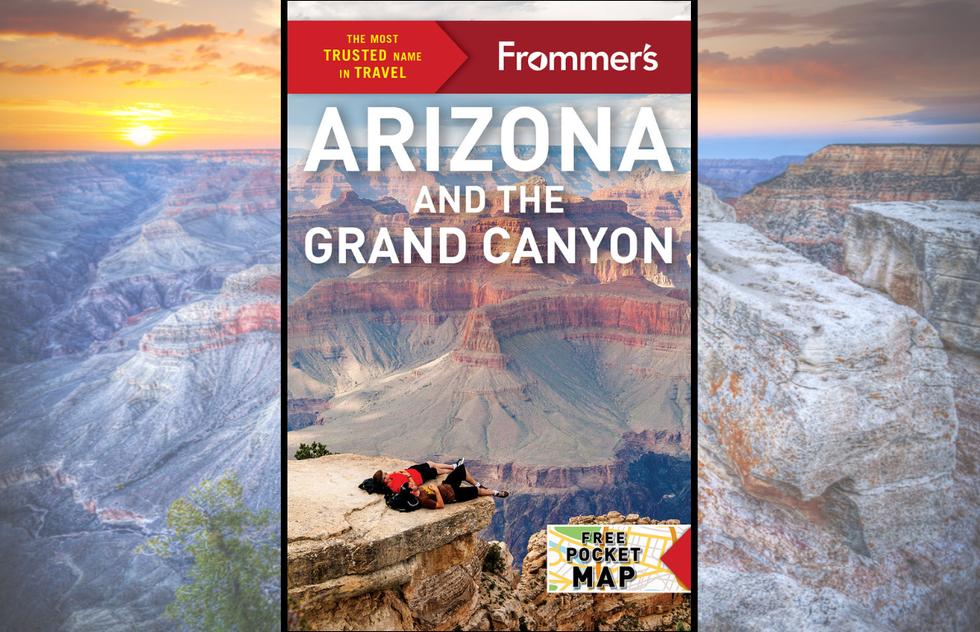 Savor Arizona’s Natural and Culinary Wonders with Our New Guidebook

Arizona's embarrassment of riches in the natural wonders department exerts a pull on any traveler hoping to trek through, raft amid, or simply gawk at landscapes of astonishing, otherworldly beauty.

It's the Grand Canyon State, after all. Not to mention the home of red-rock buttes, iconic cactus forests, candy-striped deserts, and many other marvels.

But it's not just the scenery that elicits oohs and aahs in Arizona. The distinctive art, relaxing resorts, and renowned restaurants to be found in thriving destinations such as Phoenix, Tucson, and Sedona are liable to wow you as well.

The latest edition of Frommer's Arizona and the Grand Canyon—newly released and thoroughly revised since the end of pandemic lockdowns—covers the state's indoor, outdoor, rugged, and sophisticated sides from the perspectives of veteran local journalists Gregory McNamee and Amy Silverman, both of whom have been writing about Arizona for decades.

Frommer's caught up with the book's authors via email to find out what they're excited to share with readers, how the pandemic affected things, and why the desert calls to seekers everywhere, triple-digit temps notwithstanding. Our edited exchange follows. 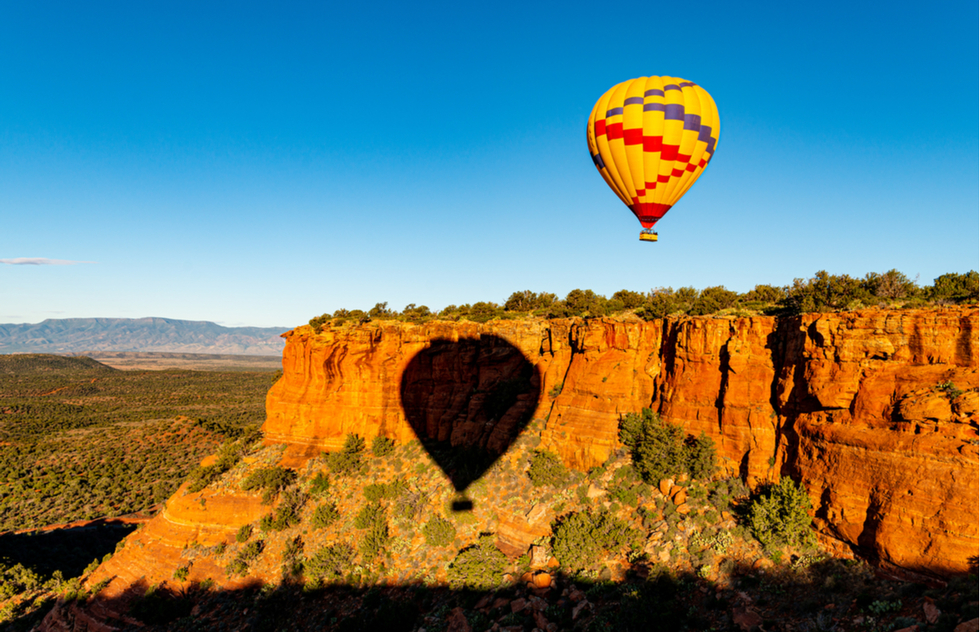 FROMMER'S: Tell me a little about your background and how you came to be an Arizona expert. Did you grow up in the state?
AMY SILVERMAN: I was born and raised in Phoenix and made my great escape for college. I lived in several other places but found myself home again by the time I was 25. And while I had a complicated relationship with Arizona growing up—as in, I hated it—seeing it through the eyes of a journalist (and an adult) made all the difference. I've been covering Arizona, from politics to cuisine to social services to arts, full time since 1991.

GREGORY MCNAMEE: I moved to Tucson after graduating from high school in the Virginia suburbs of Washington, D.C. I had a vague plan to join [Tucson native] Linda Ronstadt's band, but by that time it had disbanded, and so I had to settle for going to the University of Arizona instead. I’ve been writing about this place ever since I got here, and in the passage of all those years I’ve written more than 40 books and many thousands of articles, a goodly portion of them set here.

Was it challenging to research the guidebook during the pandemic? Since 2020, many travelers have gone in search of wide-open spaces, and Arizona certainly has a lot of those.
GM: The pandemic threw everything off, of course, but one of the happy things that I discovered in traveling across Arizona during that time was how hard people were willing to work to accommodate visitors when, truth be told, not so many people were showing up to work. Every restaurant, for example, was short-staffed to the point that in many instances visitors had to wait for an hour—not for a table but for the food they’d ordered, what with a single chef working in a kitchen that normally sported half a dozen.

Whatever the case, everywhere I went there were plenty of visitors, one of the results of being in a place where you can be outdoors for most of the year and not be hemmed in by crowded spaces. No one seemed to mind the wait.

Why is now a good time to visit Arizona?
GM: We have one of the most diverse and delicious food scenes in the world here in Tucson, and Phoenix is running a very close second. We get first billing because we’re one of two United Nations–designated "cities of gastronomy” in the United States (the other being San Antonio, Texas).

AS: Still, I wouldn't recommend coming to metro Phoenix, where I live, during the summer unless you are okay with 115-degree heat and a lukewarm swimming pool. [Before attempting outdoor recreation in extreme summer heat, consult Frommer's tips for staying safe in egg-frying-on-the-sidewalk weather.] 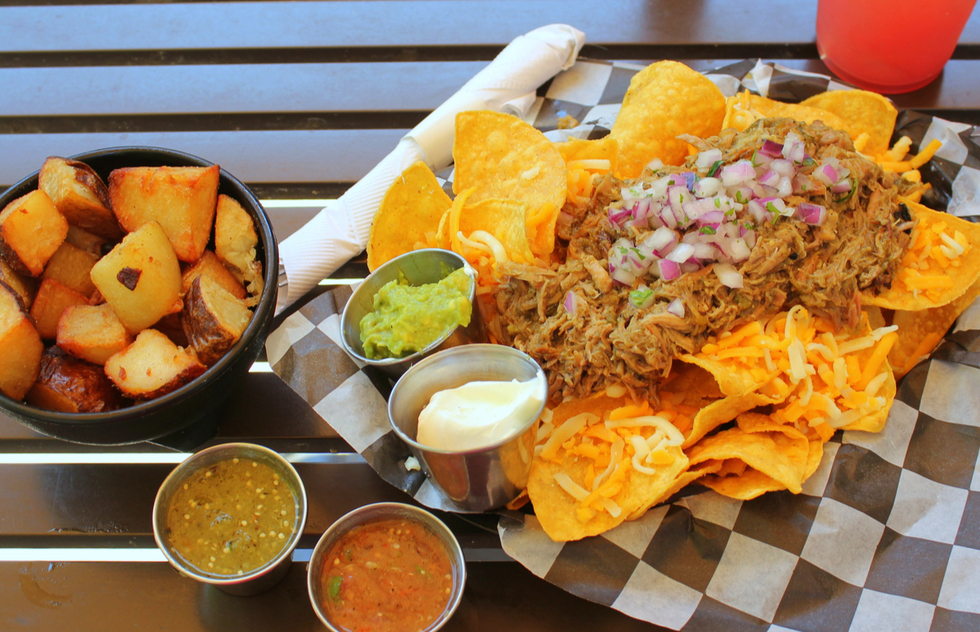 If you were going to show a first-time visitor around for a few days, where would you go?
AS: I'd plunk them at the Arizona Biltmore in Phoenix and take them to the Desert Botanical Garden, Changing Hands Bookstore/First Draft Book Bar, and to FnB, my favorite restaurant in town, helmed by James Beard Award–winning chef Charleen Badman.

We'd drive north to the Grand Canyon and El Tovar lodge, then to Winslow's La Posada Hotel and the Petrified Forest, with a stop in Flagstaff for coffee at Macy's European Coffeehouse & Bakery. Heading back to Phoenix, we'd stop at Arcosanti for futuristic architecture and Jerome to see a ghost town sliding down a mountain.

GM: If I were a first-time visitor, I would want to have a look at Tucson, Phoenix, and Flagstaff, three flourishing cities—or, in the case of Phoenix, 20 flourishing cities wrapped up in a big metropolis. Of course, our visitor needs to see the Grand Canyon, one of the most extraordinary sights on the planet, and a lesson in itself that Arizona is not only desert but many ecosystems, nearly all of them with mountains on the horizon and breathtaking scenery around every corner.

The very best thing of all, though, would be to head out to where no one else is around, with some spectacular view before you, and simply let the beauty of this place inhabit your heart to the point that you’ll never want to leave.

But if you do leave and return, please bring us some water.

Frommer's Arizona and the Grand Canyon by Gregory McNamee and Amy Silverman is available now in bookstores and from online booksellers.