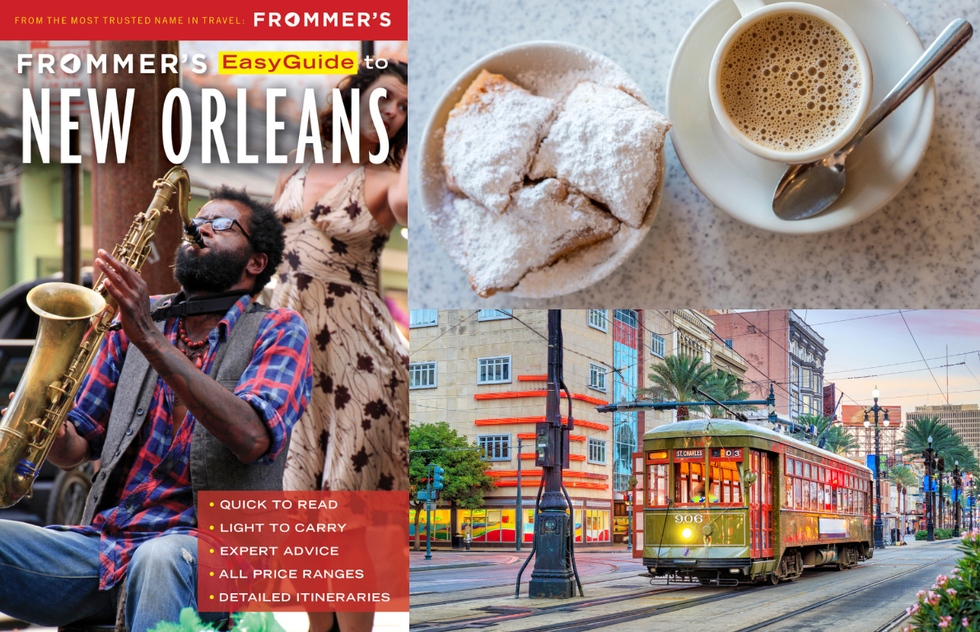 What’s New in New Orleans? Appetizing Picks from the Authors of Our New Guide

Have you ever seen those video clips of cows leaving their barns in spring? Encountering green pastures again after months of winter, the animals jump and play, looking as happy as puppies.

"That's how I feel right now," says Frommer's author Diana K. Schwam, summing up the mood of many newly sprung travelers who have had to stand around chewing their own cud for two years due to the coronavirus pandemic.

On May 17, Schwam's latest, a brand-new edition of Frommer's EasyGuide to New Orleans cowritten with Lavinia Spalding—and fully updated after the lifting of pandemic lockdowns—becomes available in bookstores and via online booksellers.

And if there's one destination that can bring out the frolicsome bovine in you, it's New Orleans. (The tourism bureau has our permission to use that line in brochures.)

Rich in history, culture, good times, and calories, the city has charms that are ever-evolving and seemingly inexhaustible, according to Spalding.

"Sure, there are restaurants and bars that have survived for 150 years," she says, "but there are always a ton of new incredible spots for dining and drinking and listening to music and shopping and exploring nature and experiencing culture. There’s always more to discover about this city." 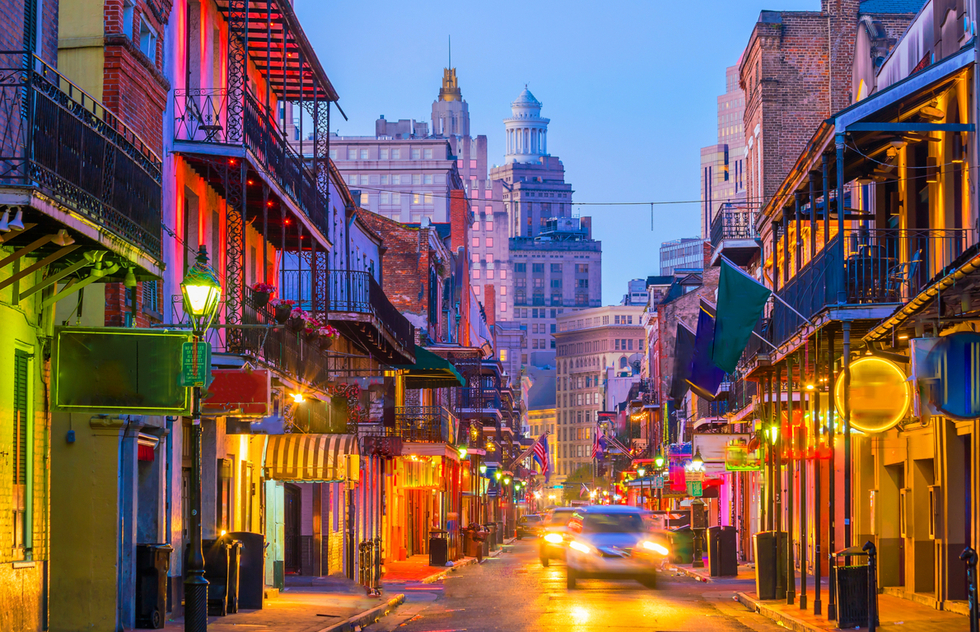 Frommer's caught up with Schwam and Spalding to get the lowdown on what discoveries they made while working on our latest New Orleans guide, from navigating Covid closures to relishing new and enduring Creole restaurants, jazz clubs, swanky hotels, eco-friendly swamp tours, and other good reasons to stampede toward Louisiana.

An edited transcript of our exchange follows.

LAVINIA SPALDING: I’ve lived in New Orleans for five and a half years. Though I’ve learned as much about the city as possible, researching and writing about it for various outlets, whenever I start thinking I know the place inside and out, it inevitably turns up 100 gems I’ve never even heard of.

What was it like to research the guidebook during the pandemic?
LS: I really underestimated how complicated updating a guidebook would be at a time like this. At one point I started calling it “the cone of uncertainty” because it seemed New Orleans was in a nonstop state of flux. Often I’d spend hours writing up a great shop or hotel, only to hear it was closing the next week. We also lost some important culture bearers, including the owner of my favorite museum, the House of Dance and Feathers, which subsequently closed. It was devastating to remove those entries from the book.

[UPDATE, May 2: Since this interview was published, Lavinia Spalding has spoken with people affiliated with the House of Dance and Feathers who say that efforts are underway to get the museum up and running again.] 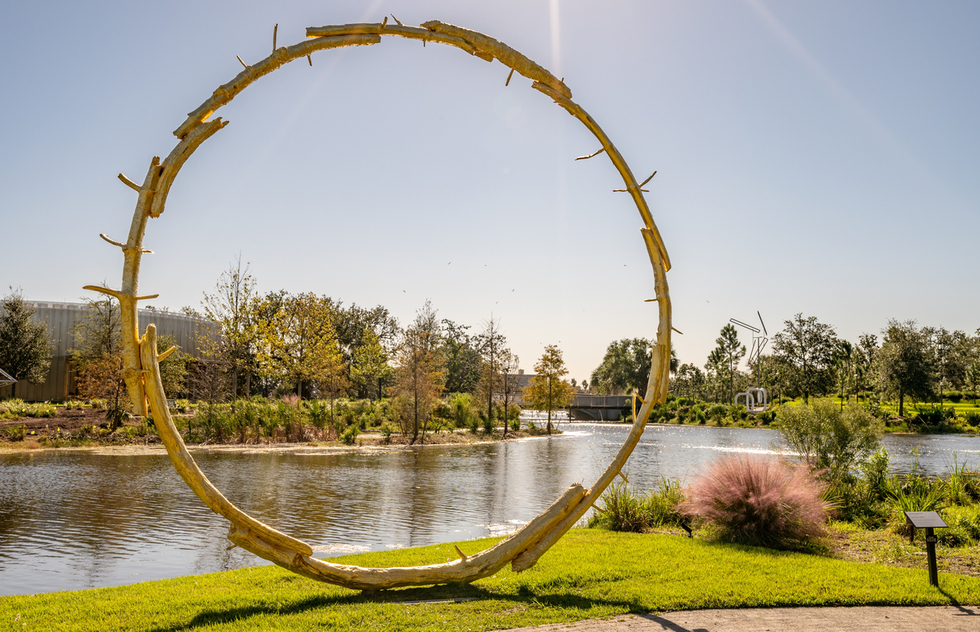 What's some of the new stuff in the book that you're excited to share with readers?
DS: If you like to eat, the restaurant hits just keep on coming. The classics are still fabulous, but there are some shockingly good newbies. I’m loving Saint John in the French Quarter and Fritai, a delicious nod to the city's Haitian culture, in the Tremé.

There are some hip additions to the hotel scene, including the Virgin, the Saint Vincent, and the Kimpton Fontenot. They’re all worth a visit even if you’re not staying there. For upscale glam, local celeb chefs, and insane views, there's the brand-new Four Seasons. Speaking of views, Vue Orleans is a recently opened observation deck with unbeatable, unobstructed sight lines 34 floors above the city.

For timeless good times, there’s a spiffy new riverboat, the City of New Orleans. And two other terrific attractions opened not long before the pandemic: the beautiful Sazerac House cocktail museum and the expanded Besthoff Sculpture Garden in City Park.

LS: There are also some important new museums, including the Museum of the Southern Jewish Experience and—a bit outside of town in LaPlace—the 1811 Kid Ory Historic House. I was delighted as well to be able to include more eco-friendly excursions, such as swamp tours where the guides don't bait or feed the alligators.

But what I think I’m most excited about is a new kind of optimism I’m seeing around town recently, as clubs and restaurants are filling up again and festivals are resuming and locals are doing what they love most: gathering and reconnecting. 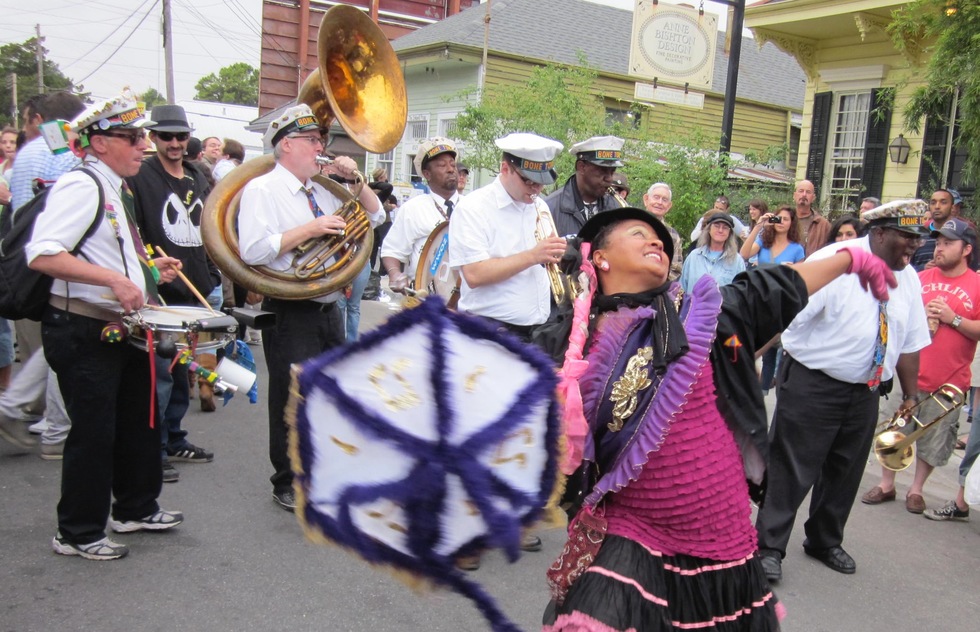 Any recommendations for first-time visitors?
LS: I’d start with some classics, like a stroll down Royal Street and Chartres Street in the French Quarter. On Royal, stop by the astonishing antique store M.S. Rau, which has just finished a massive expansion, and on Chartres, visit the Pharmacy Museum, which I find fantastically weird, with its old jars that held leeches and so forth. Walk through the French Market, of course. Maybe stop for oysters there, and eat beignets at Café du Monde.

Beyond the French Quarter, a trip to Studio Be to see the artwork of Brandan “Bmike” Odums is an absolute must, and that might be followed by a leisurely stroll through the Bywater, a very hip and charming neighborhood. I also love the fascinating Musée de f.p.c. (Museum of Free People of Color) and Treme’s Petit Jazz Museum.

A ride on the streetcar is a lovely way to get uptown, and I like showing off the enormous live oak trees at Audubon Park. If I have guests here on a Sunday, we’ll join a second line parade, because there’s truly nothing like it anywhere else in this whole country.

You can order Frommer's EasyGuide to New Orleans by Diana K. Schwam and Lavinia Spalding in paperback and e-book versions at our online bookstore.