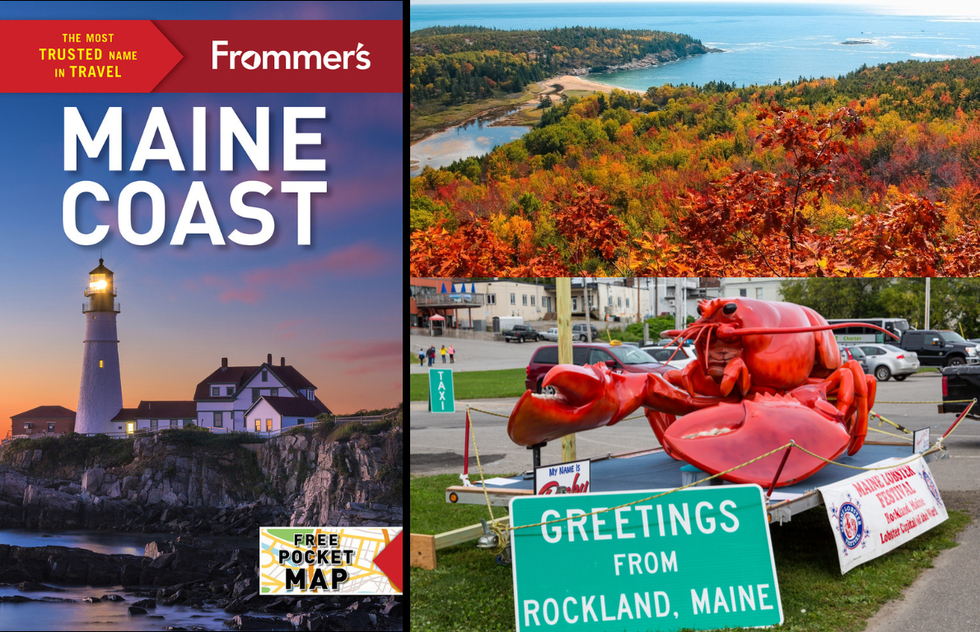 What’s New on the Maine Coast? A Q&A with the Author of Our Latest Guidebook

Throughout the pandemic, the coast of Maine has been the sort of place where stir-crazy American travelers want to be: somewhere with abundant outdoor recreation that's within driving distance of major population centers.

The state's surging tourism numbers likewise attest to the lures of Maine's seaside towns, dense forests, granite mountains, sandy beaches, and postcard-ready lighthouses. It doesn't hurt that the state has the most breweries per capita in the U.S., either.

The just-released Frommer's Maine Coast, available now in paperback and e-book versions, is here to help you plan your own memorable getaway in the region.

The guidebook has been fully revised since the end of pandemic lockdowns, so you can rest assured the intel on attractions, restaurants, and lodgings is as fresh as the lobster rolls at Red's Eats in Wiscasset.

Your guide for the journey is author Brian Kevin, editor in chief of Maine's Down East magazine and a devotee, he tells us, of two Maine specialties: nature trails and beer.

We sat down with Kevin to talk about what it was like updating a guidebook during a pandemic, what's new in coastal Maine, and why you have to catch a harborside sunrise at least once, even if it means getting up before the fishing boats head out. (Our conversation has been edited for length and clarity.)

FROMMER'S: Are you from Maine?
BRIAN KEVIN: No, but my wife is a native Mainer. She picked me up in Montana about 12 years ago and that’s as long as I’ve been here. I grew up in the Upper Midwest. I worked at a magazine in Minnesota very similar to the one I work for now. I was out in Montana and Oregon for a while. Met a Mainer. They all come back. I came back with her. 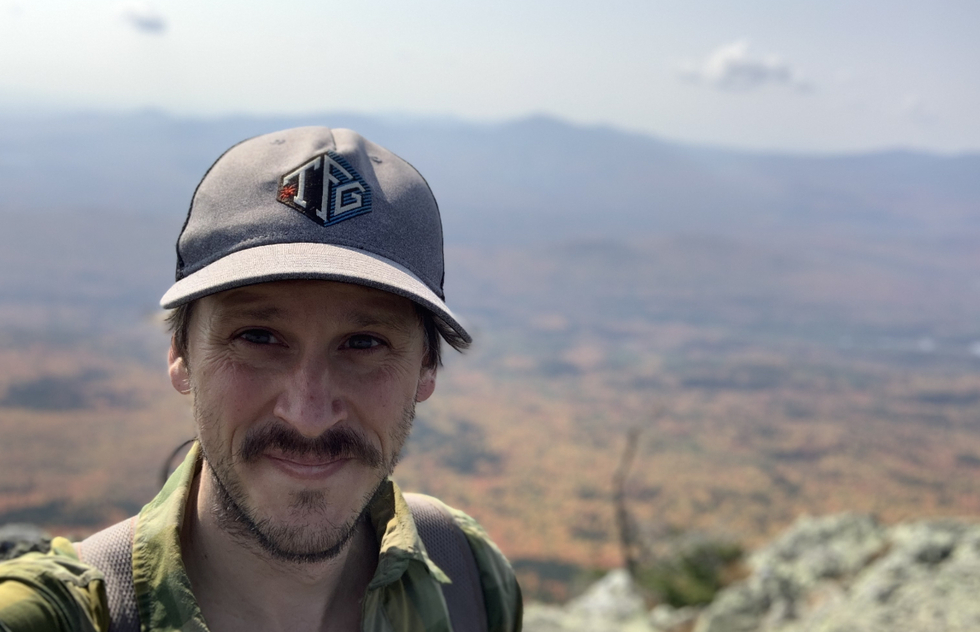 Was it difficult researching a guidebook during Covid? Did a lot of businesses close down?


BK: The restaurant scene around greater Portland probably bore the brunt of it. But there are so many businesses in Maine that are accustomed to getting by in a way that’s pretty close to the bone. It’s of a piece with the overall Maine character. I do think there’s a built-in resilience here.

What's some of the new stuff on the Maine Coast that you're excited to share with readers?
BK: The brewing and distilling scenes have been going whirligig for a few years now, and the pandemic did not slow that down. There’s been a bunch of exciting openings as far as taprooms and drinking establishments. Taprooms really got creative adapting to Covid scenarios. Every place has an amazing outdoor beer garden now, which is something we should have been doing in the first place.

Is the beer scene mostly around Portland?


BK: There’s no town that’s left unbeered in Maine these days. When I moved here in 2010, there were like 35 breweries in the state, and it’s up to 155 or something. It is by no means limited to Portland.

What about new stuff to do outdoors?
BK: A lot of the undeveloped recreation land here is administered and stewarded by land trusts. The land trust ecosystem has been surging the last couple years. So there’s a handful of new conservation properties and trail systems that wouldn’t have existed in previous versions of the book and are pretty exciting—sites that belong to the Maine Coast Heritage Trust, for example.

Clark Island in St. George is one to shout out. It’s bridged by a causeway. There’s only so many islands on the Maine Coast that you can get the whole granite-coastline, spruce-studded, dot-in-the-ocean vibe without having to own a boat. And that’s one of them. 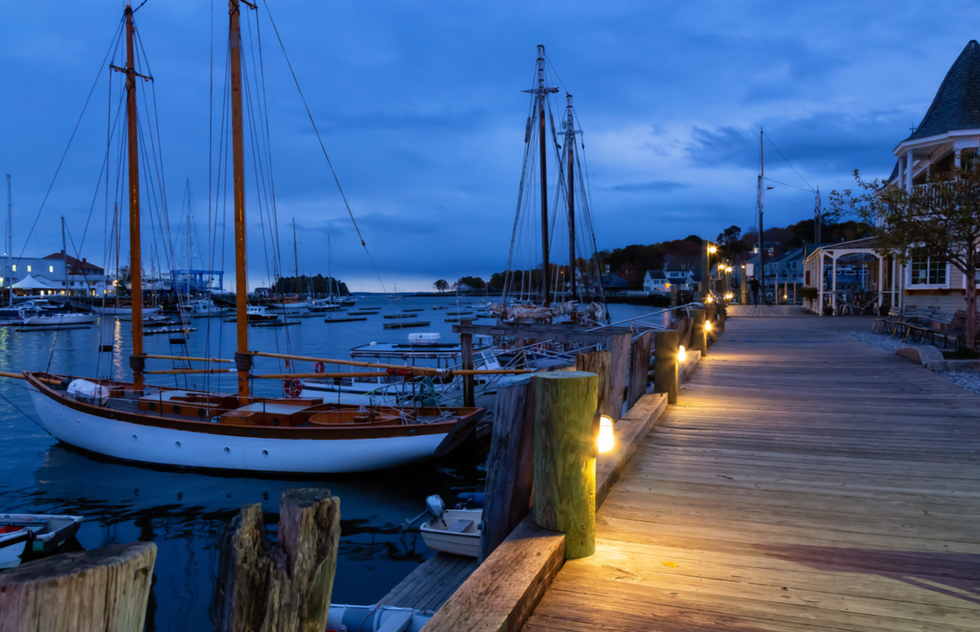 What’s your idea of a perfect summer day on the Maine Coast?
BK: A lovely day would be to wake up someplace like Camden, which I live outside of, or at a working port like Rockland. Take your coffee and stroll by the wharf. Listen to the lobstermen if you get up really early. Smell the smells. Hear the gulls.

Then before it gets too hot, get on your mountain bike and go hit the Thomaston Town Forest and ride the trails for an afternoon. They’re fairly accessible, even to somebody who’s not an experienced mountain biker. When it gets real hot in the afternoon, rent a kayak on the harbor and paddle out to see one of the lighthouses in Rockport or in the Camden Harbor.

And then inevitably you gotta end the day with a lobster roll. Maybe if you’re down by Georgetown, head over to Five Islands Lobster Co. and find a lobster shack where you get a view of actual lobster boats and actual people pulling in the day’s harvest. Maybe go camping for the night. The classic Maine vacation involves at least one night pitching a tent at Camden Hills State Park.

And that’s not even mentioning Acadia National Park, which is like its own little universe.

How early do you have to get up to catch the lobstermen going out?
BK: That would mean strolling the wharf before the sun has risen. I wouldn’t do it every day, but it’s worth doing one day. Smell the diesel, listen to the AC/DC blasting off of someone’s boat. It’s the first place to see the sunrise in the U.S.

The latest edition of Frommer's Maine Coast by Brian Kevin is available now in stores and from online booksellers.