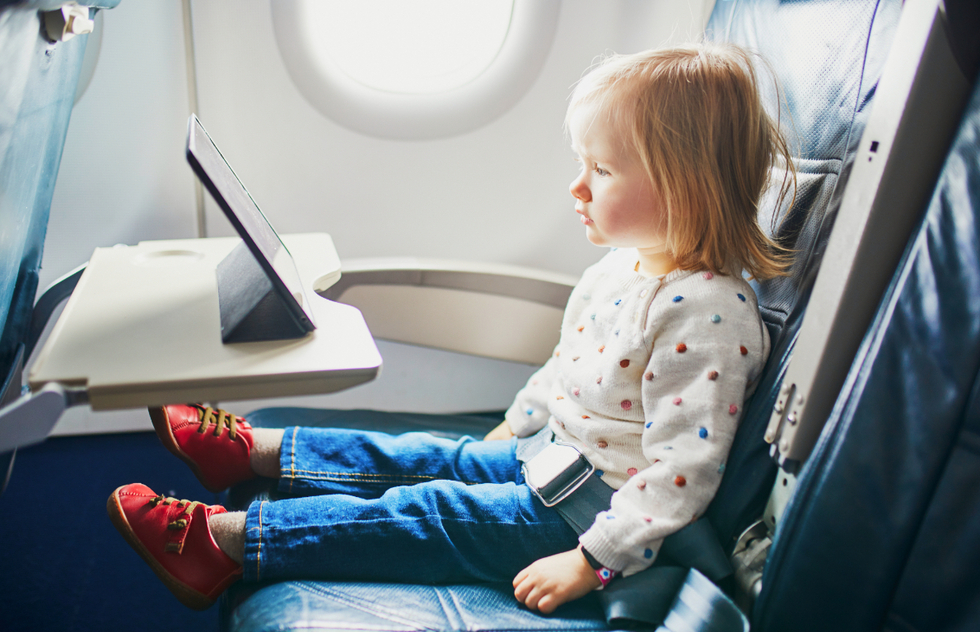 Will the U.S. Government Finally Stop Airlines from Separating Kids and Parents?

Evidently, U.S. airlines aren't so sure about either of those propositions, especially the second one.

Last week the U.S. Department of Transportation announced that it has issued a notice to carriers urging them "to do everything in their power to ensure that children who are age 13 or younger are seated next to an accompanying adult with no additional charge."

The request comes in response to the hundreds of complaints received in recent years by the federal agency's Office of Aviation Consumer Protection from flyers who discovered at the airport that their seat assignments in the plane cabin were located far from the youngsters they were traveling with.

Horror stories compiled by Consumer Reports include 2-year-olds and kids with seizure disorders assigned spots in the cabin that were rows and rows from parents and guardians, resulting in stressful and sometimes expensive last-minute scrambling and pleading with airlines under no real obligation to correct the situation.

The Transportation Department has previously declined to impose that obligation, determining that the number of complaints against airlines relating to family seating were relatively low compared to other issues such as refunds. (No word from the government on how many traumatized toddlers count as a problem worth doing something about.)

The government's latest strongly worded pretty-please to airlines doesn't have the force of an official regulation on family seating, either, but we could be getting closer to a firm policy.

The Transportation Department's notice states that over the next four months the agency "will initiate a review of airline policies and consumer complaints," and "if airlines’ seating policies and practices are found to be barriers to a child sitting next to an adult family member or other accompanying adult family member, the Department will be prepared for potential actions consistent with its authorities."

Airline tickets that don't allow for seat selection at the time of reservation, such as no-frills basic economy tickets and flights on so-called ultra-low-cost carriers that charge a cheap base rate but then pile on fees for everything else, obviously pose the biggest hurdle for families trying to sit in the same row on a plane.

To remove the risk of being separated, parents are often forced to opt for pre-assigned seating, paying more than other passengers who don't have to worry about putting small fry in stranger danger.

For seat categories other than basic economy, many airlines have adopted systems that automatically flag reservations of passengers traveling with children so that the airline can try to seat those groups together (and some airlines even say they try to keep kids with their guardians in basic economy—though don't count on it).

You can find links to the family seating policies of nine major U.S. carriers on the Transportation Department's web page on the subject.

Despite the steps airlines claim to have taken, complaints about parents getting separated from kids continue to roll in, and not just from basic economy flyers.

"It can happen even when you have assigned seats," according to Consumer Reports, "if your flight is canceled and you’re booked on another flight, or if a different type of aircraft shows up for your flight."

Booking flights far in advance, showing up at the airport early to take advantage of preboarding, and opting for fares that allow seat selection (if you can afford them) are among the strategies Frommer's recommends to parents traveling with small kids.

But don't they deserve a guarantee that the seating separation won't happen in the first place?

That's why, if an airline does assign you seats away from your kids, no matter the fare category, you should seriously consider filing an official complaint with the U.S. Department of Transportation (use this link to file one), especially while the agency is conducting its review of airlines' family seating policies over the next four months.

That's the best way for ordinary flyers to put pressure on the government to create a regulation with teeth.

Don't know how to file a complaint against an airline? Follow our step-by-step guide.