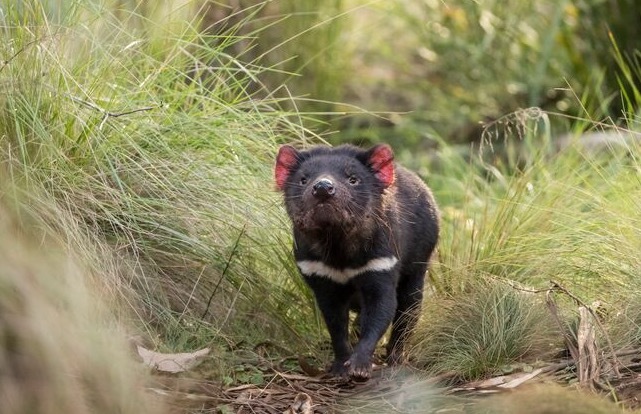 Tasmanian devils are back in the wild on mainland Australia after an absence of 3,000 years.

A small breeding population of the stocky marsupials has been released in a wildlife sanctuary within Barrington Tops National Park, a woodsy nature preserve north of Sydney.

So far, 26 Tasmanian devils have been reintroduced to the region as part of a decade-long effort from nonprofit environmental groups Aussie Ark, Global Wildlife Conservation, and WildArk.

Husband-and-wife actors Chris Hemsworth and Elsa Pataky were on hand to assist with the release of 11 animals and to lend high-wattage support to the rewilding project. 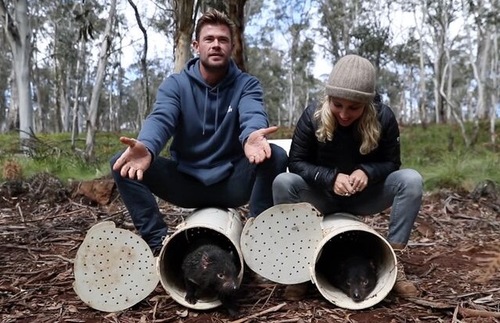 Though native to Australia, Tasmanian devils vanished from the mainland largely because they were outcompeted by introduced dingoes. But even on the island state of Tasmania, devils aren't exactly flourishing. There, a rare cancer wiped out up to 90% of the wild population. Today, only 25,000 are estimated to survive, according to Global Wildlife Conservation.

In addition to establishing a self-sustaining population of Tasmanian devils in New South Wales, the hope is that the newly returned creatures will help control the feral cats and foxes that threaten endemic species in the area. The devils' scavenging, meanwhile, should restore some balance to an ecosystem that was badly damaged by fires earlier this year.

Over the next two years, two additional releases of 20 devils at a time will take place. We assume those reintroductions will look something like this:

Ain't I a stinker? Here's some actual footage from the Hemsworth-assisted rewilding event: