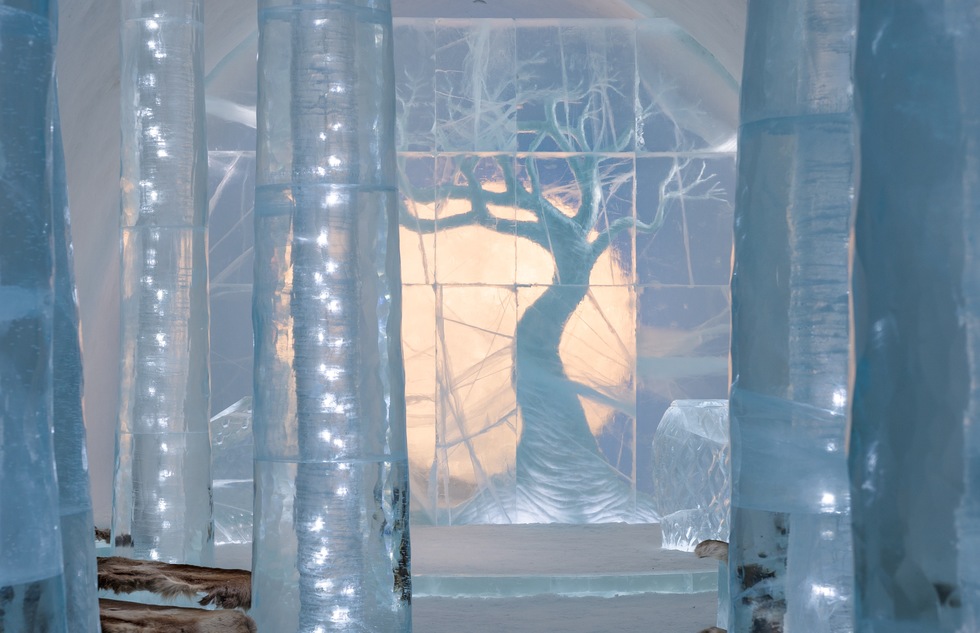 The 31st iteration of Sweden's Icehotel opened its frosty doors to the public on December 11. The frozen palace is world-famous for being sculpted each winter from ice and snow taken from the Torne River in the tiny village of Jukkasjärvi, north of the Arctic Circle.

The seasonal portion of the hotel—there's also a year-round version called Icehotel 365—will accept overnight guests through April 11, 2021.

If you're an American, it's pretty much guaranteed that you won't be able to visit Sweden before spring.

But thanks to images released by the Icehotel, you can feast your eyes on the 12 new artist-designed suites in the 31st temporary igloo as well as 6 suites added to the permanent hotel. There's also an AR filter you can use on Instagram to enter some rooms virtually using your smartphone. And you don't even have to worry about frostbite. 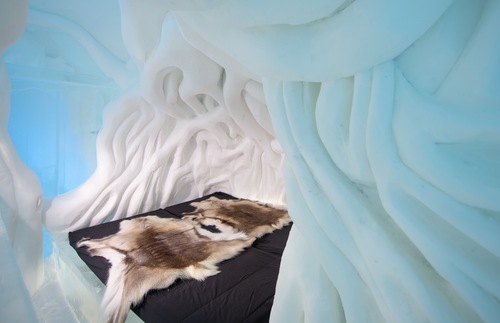 A team of 35 artists created this year's themed suites and common areas. The chilly ceremony hall, "Skogen" (pictured at top), is filled with a frozen forest.

One suite contains the "coldest sauna in the world," complete with glassy tub carved from ice. Another is decorated with ice sculptures of oversize blocks and other toys. 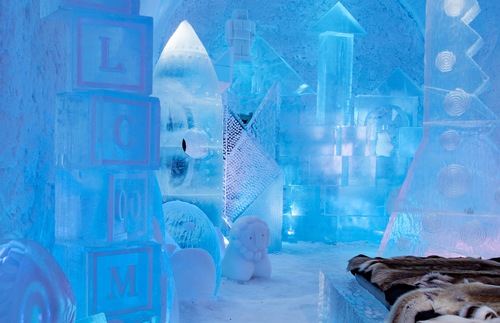 Elsewhere, the Torne River's wintry mix has been fashioned into block letters, fantastical lizards, Rapunzel's tresses, creeping tree roots, and a giant brain, among other elaborate creations. Visit the hotel's online gallery to learn more about the designs and hear audio clips explaining the artwork. 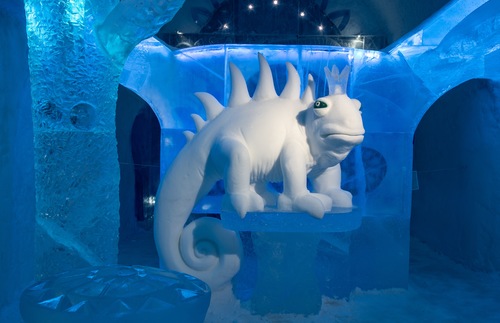 In addition to the hotel's ephemeral installations, the property has a restaurant and bar (made of ice, of course). During an actual visit, you can try your hand at ice sculpting or take part in outdoor adventures such as snowmobiling and treks to view the northern lights. (Maybe next winter.)

Though Sweden's Icehotel is the world's largest lodging of its type (Guinness World Records says so), it's not the only one.

North America has Quebec's Hôtel de Glace, where Frommer's spent a shivery night a couple years ago to report back on the experience. (The short version: It was cold.)

According to the Quebec property's website, this year's ice hotel is scheduled to open for the season on January 2, 2021.

But with the U.S.-Canada border closed through January 21 at least, Americans will need to wait to visit that attraction as well.