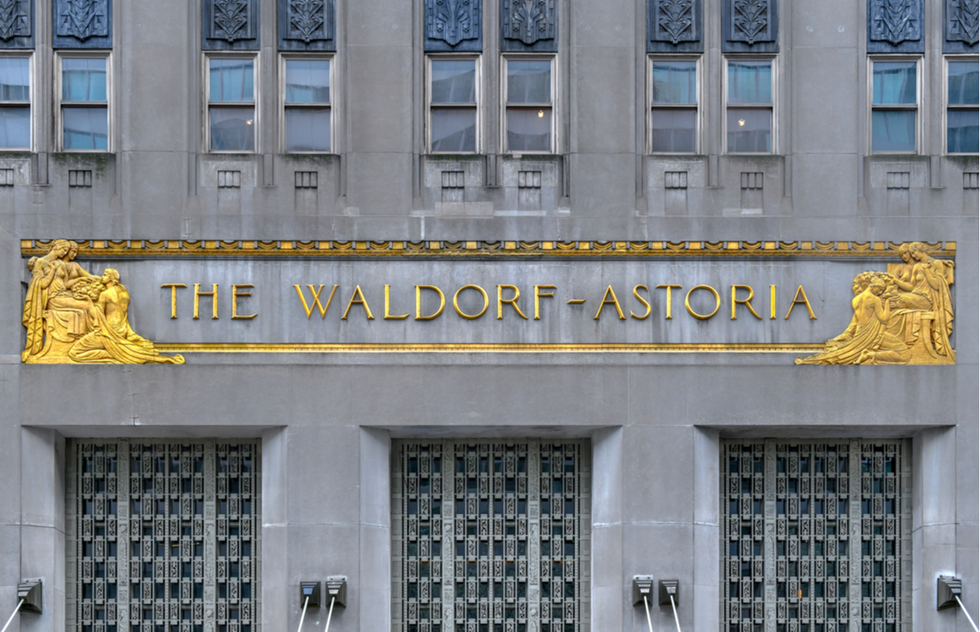 When the 47-floor building's hotel rooms and residences finally reopen in 2022, they'll be filled with mostly new furnishings and decor.

Of course, space will be made in the new design for some holdover memorabilia from the Waldorf Astoria's nearly nine-decade run as a luxury lodging for presidents, nobles, movie stars, and other luminaries.

John F. Kennedy's rocking chair will still be on display, for example. Likewise for the Steinway grand piano that belonged to Cole Porter, who lived at the hotel for 30 years.

But more than 15,000 furnishings are getting sold off in an auction run by Kaminski—and you're invited to participate in the shopping spree.

The sale started October 17 and runs through November 15. Proceeds benefit the landmark St. Bartholomew’s Church and Community House, located across the street from the hotel.

"The range of the auction is really quite extensive," said the auction house's owner, Frank Kaminski, in a statement. "There are pieces from the suites that world leaders, U.S. Presidents, and celebrities frequented." 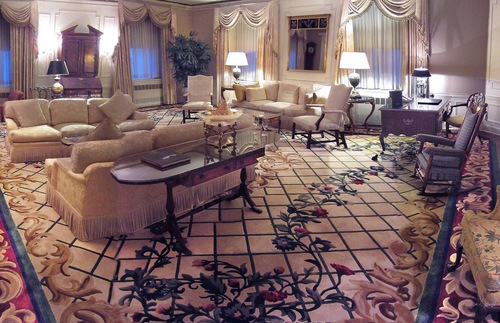 So if you ever wanted to own an upholstered bench that Marilyn Monroe might have sat on, a doorknob that might have been turned by Herbert Hoover, or an embroidered pillow that might have provided lumbar support to British royals, here's your chance.

Obviously, some items are on the pricey side—the bidding on a four-poster mahogany bed from the Royal Suite is currently at $35,000.

But there are plenty of affordable light fixtures, small tables, and lamps starting in the $30–$50 range for bidders looking to snag some hotel history for their own homes.

The in-person portion of the auction is happening in Massachusetts, but you can bid online as well. You just have to register first at the Kaminski website.